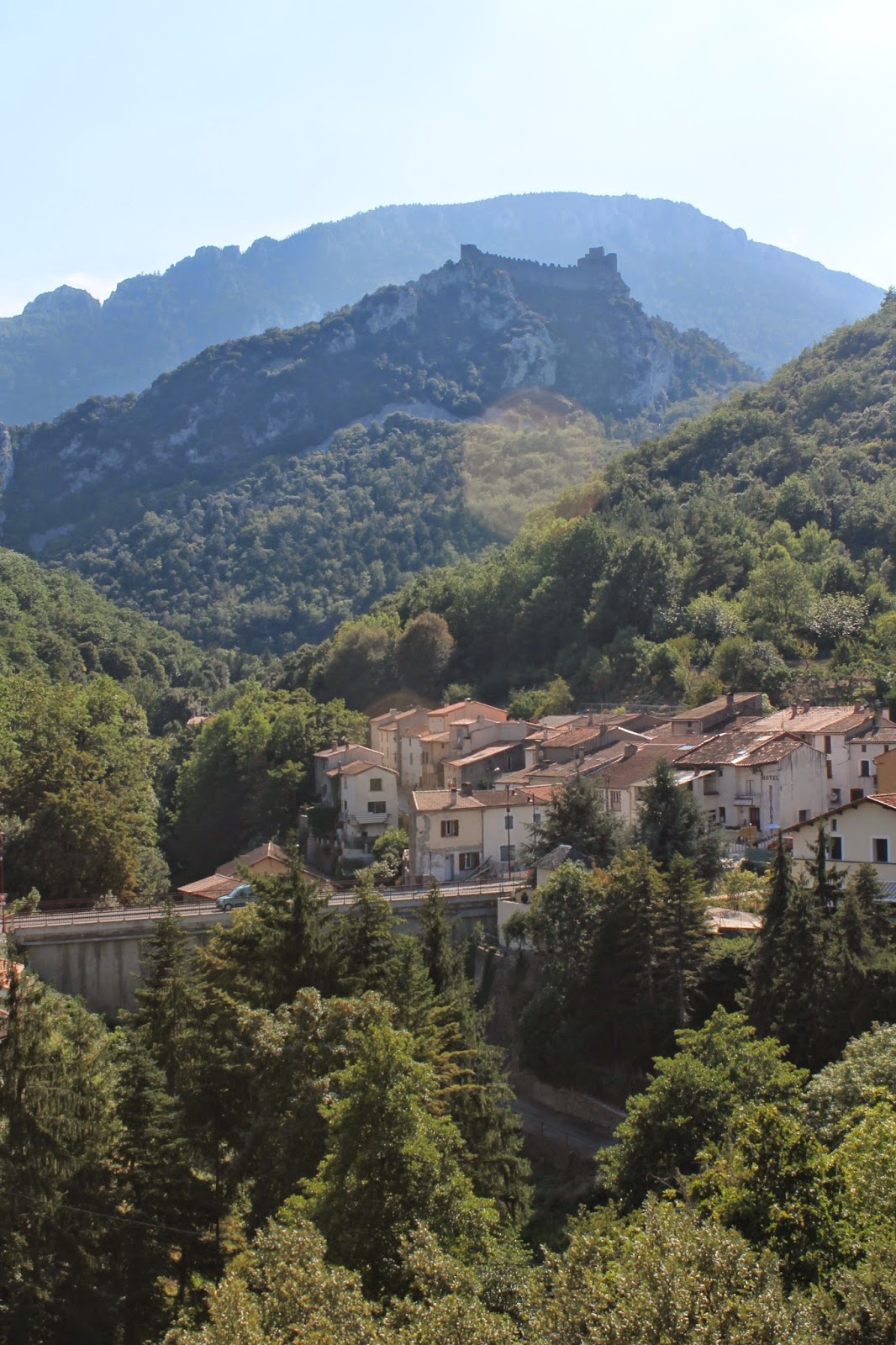 The last time I sat in a rail carriage gazing at breathtaking vineyards was in Portugal's Douro Valley. However, this time I was in Roussillon on the seasonal Train Rouge (full name: Train du Pays Cathare et du Fenouillèdes) that connects Rivesaltes near the coast with Axat in the Pyrenees. This century old narrow gauge railway has been revived by enthusiasts and operates a tourist service from April to September. The route follows the Agly Valley, currently one of the most dynamic wine regions in France producing age-worthy mineral reds and white, but also the source of some of the country's best-known traditional fortified wines (vins doux naturals). 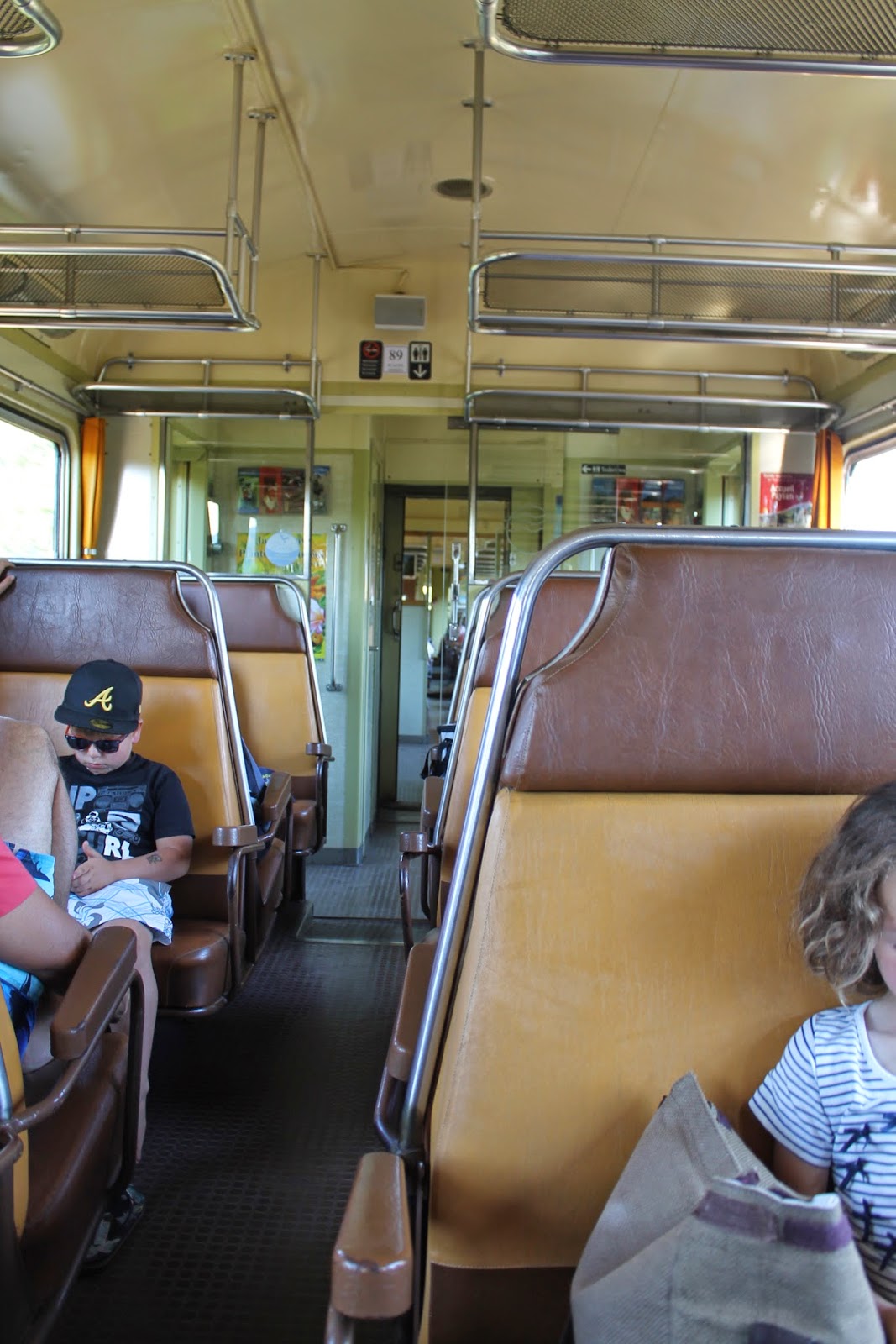 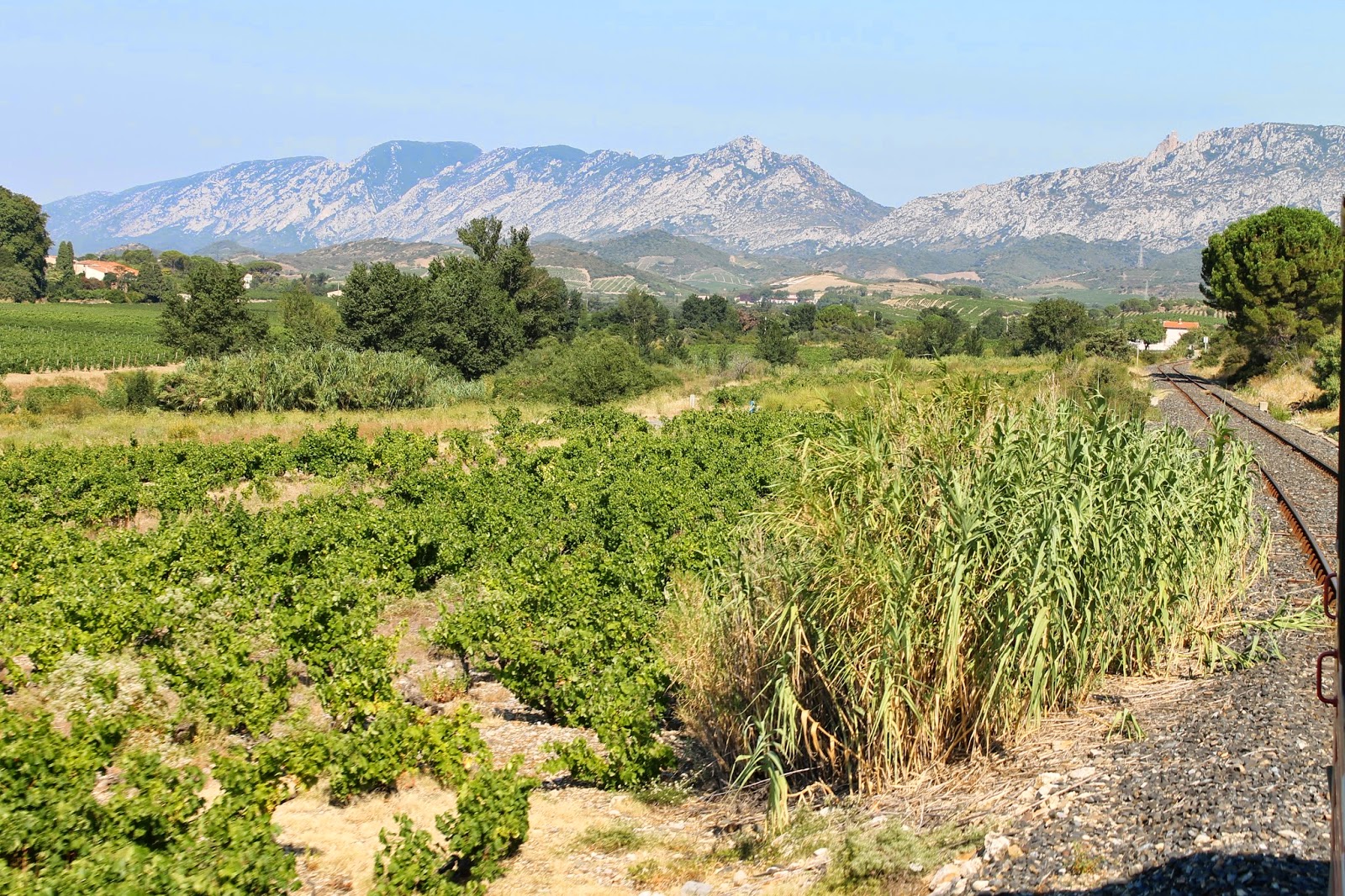 We boarded the train at Rivesaltes at 10am and settled ourselves into a wonderfully retro carriage. You can buy drinks on board including some very decent coffee. The three hour journey to Axat takes in rivers, mountains, gorges and Cathar castles. The first stage of the journey is heavily vined, passing through the towns of Espira d'Agly, Estagel and Maury with the brooding Cathar stronghold of Quéribus in the distance. Look out for the names of notable wine producers on hoardings around the vineyards with their distinctive schist soils, another feature this region shares with the Douro. 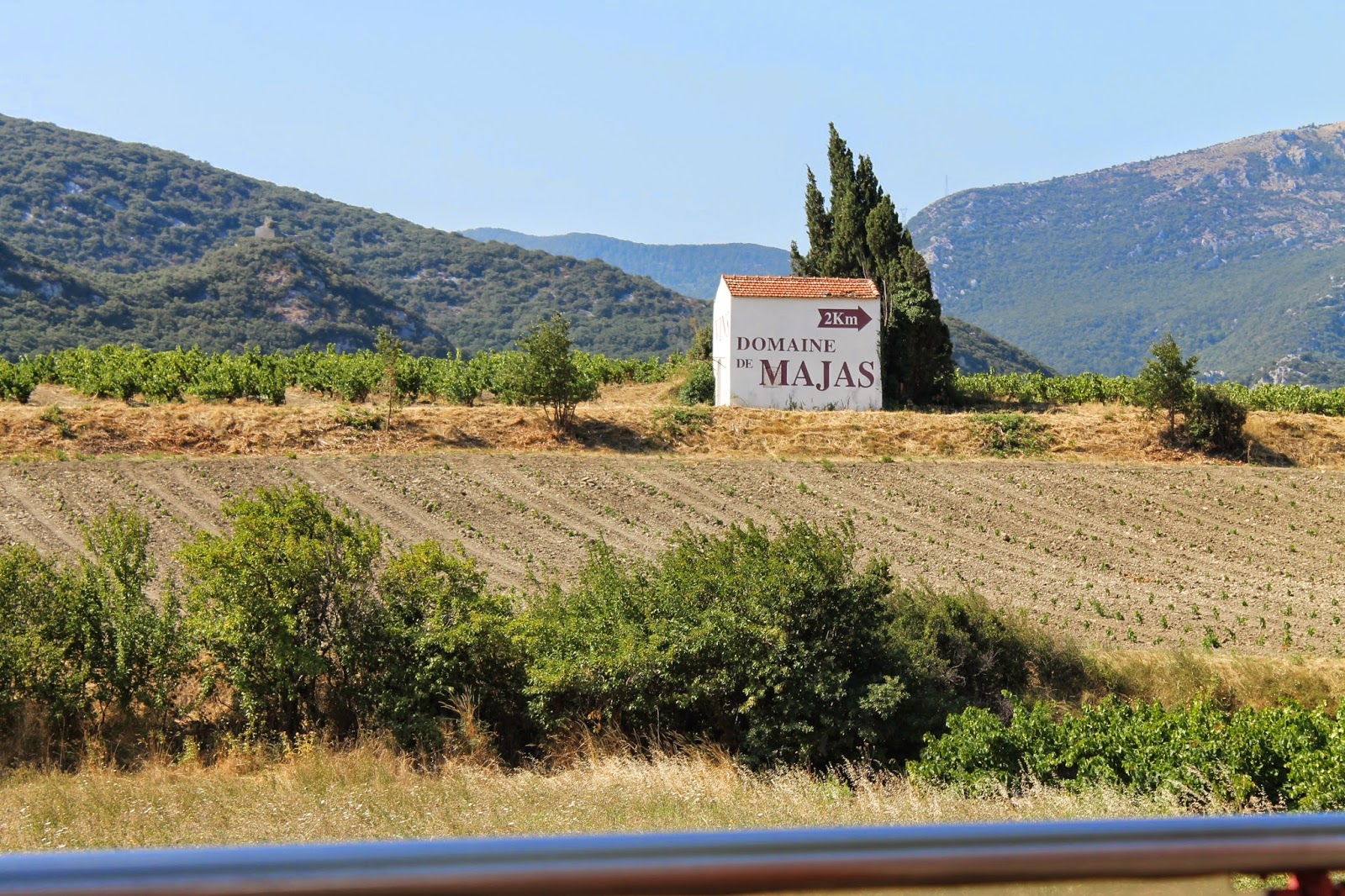 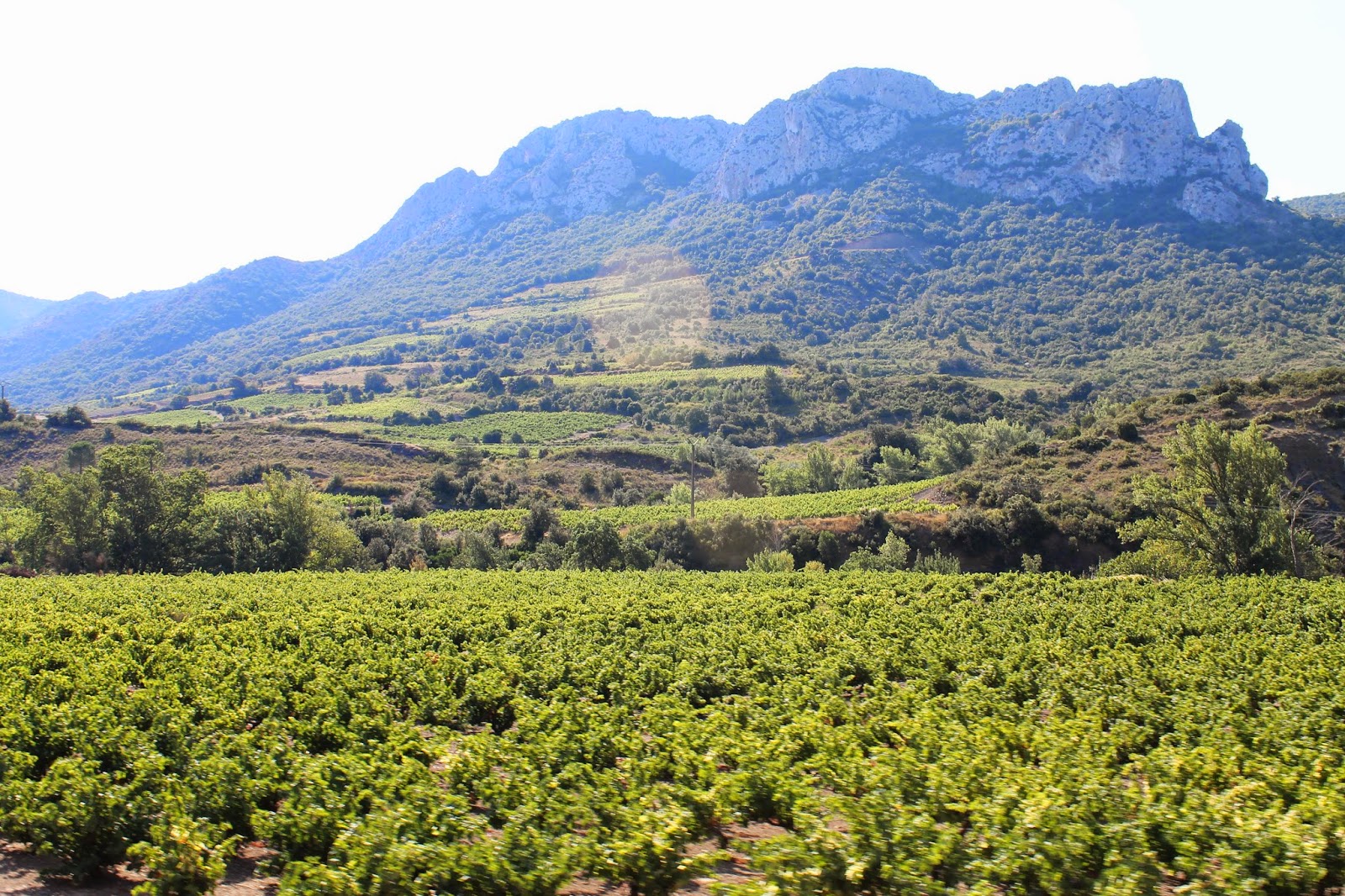 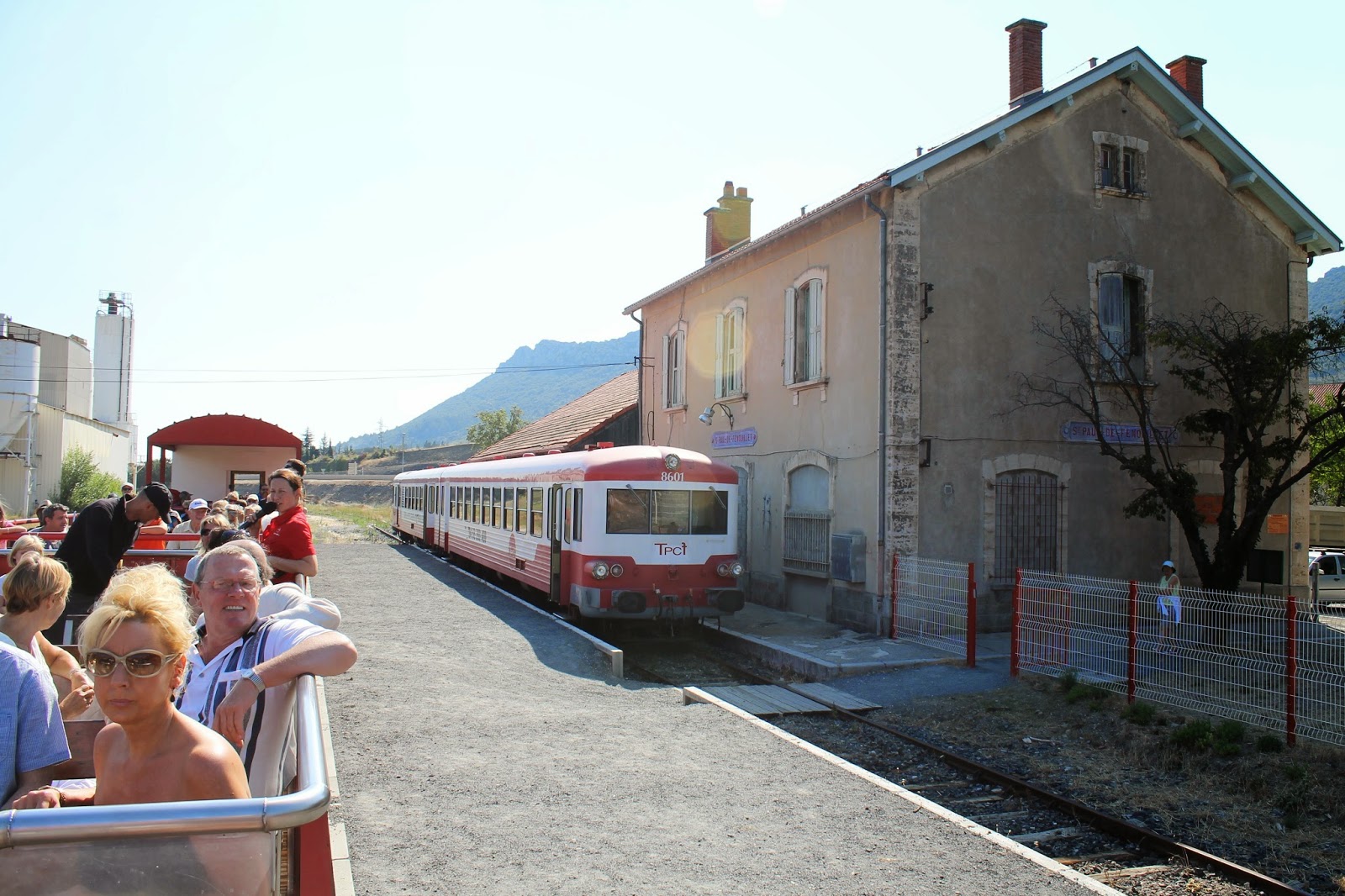 At St Paul de Fenouillet we changed onto an open topped 'panoramic' train and continued through Caudiès, pausing on a viaduct near Lapradelle to admire another Cathar castle, the magnificent Puilaurens. Heading towards Axat, the landscape becomes increasingly mountainous as we go deeper into the Aude gorges, passing through several pitch black tunnels to the delight of the children on board. 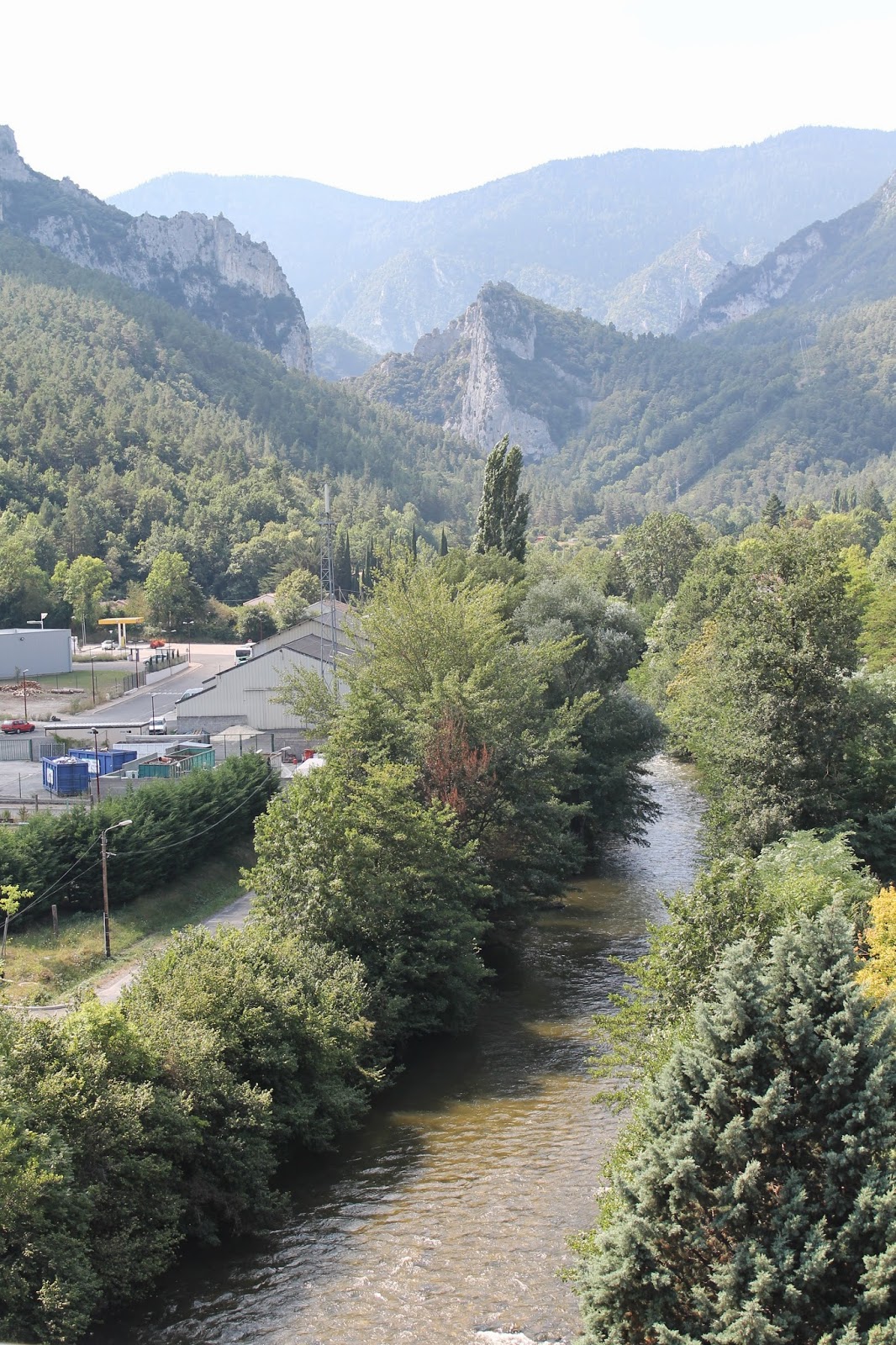 We reached Axat just before lunch and had plenty of time to explore the town before boarding the train to Rivesaltes at 4.10pm. Axat was cool and fresh in comparison with the scorched coast and the names of Pyrenean ski resorts appeared on roadsigns. We found a picnic area by a fast-flowing stretch of the river Aude and every so often whitewater rafters would come hurtling by. It was also a popular lunch spot with cyclists. Keen walkers might want to factor in an overnight stay here and return to the coast on the train the following afternoon. It's a stunning location and the air felt pure and cleansing – a treat in high summer. 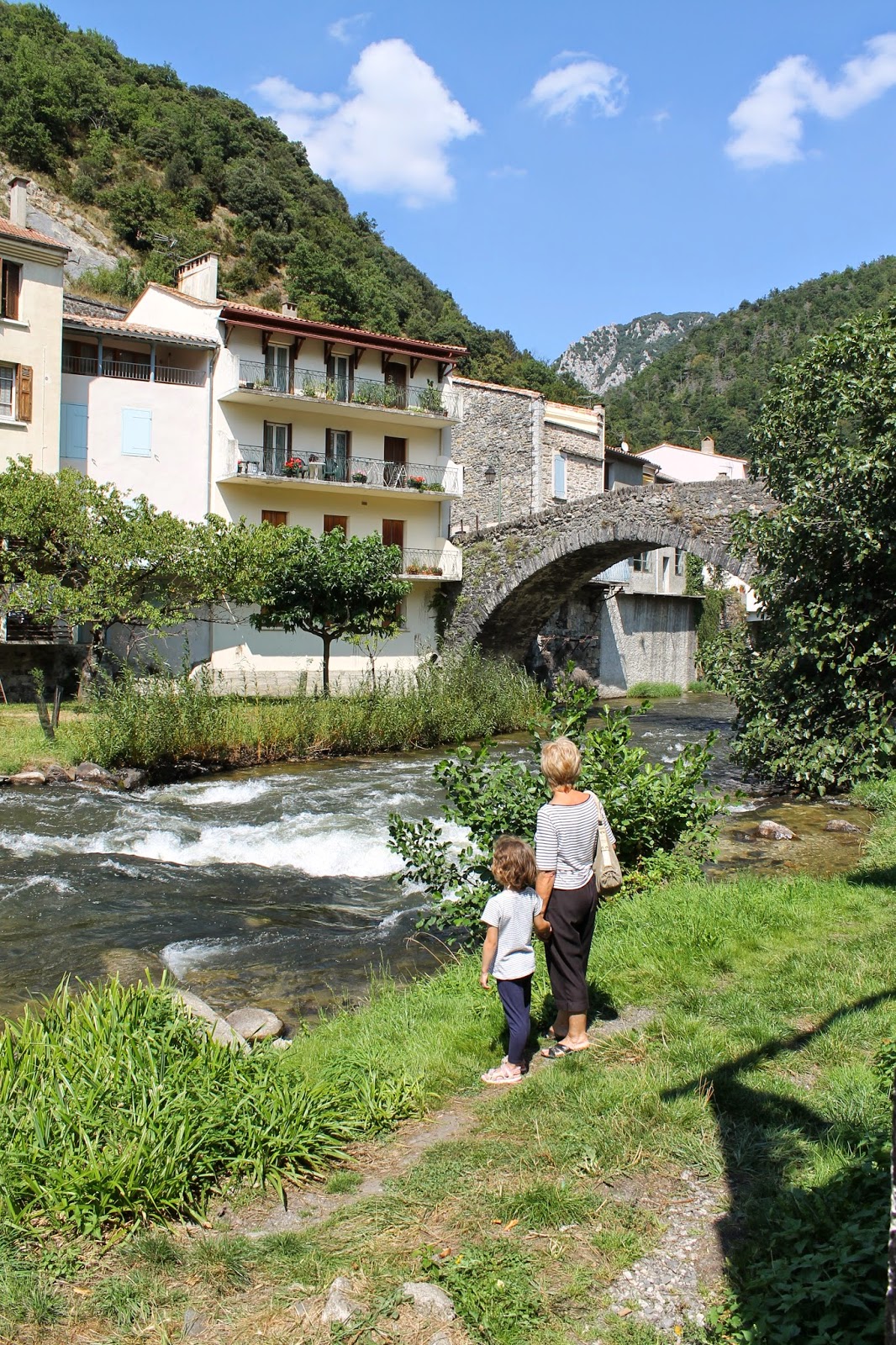 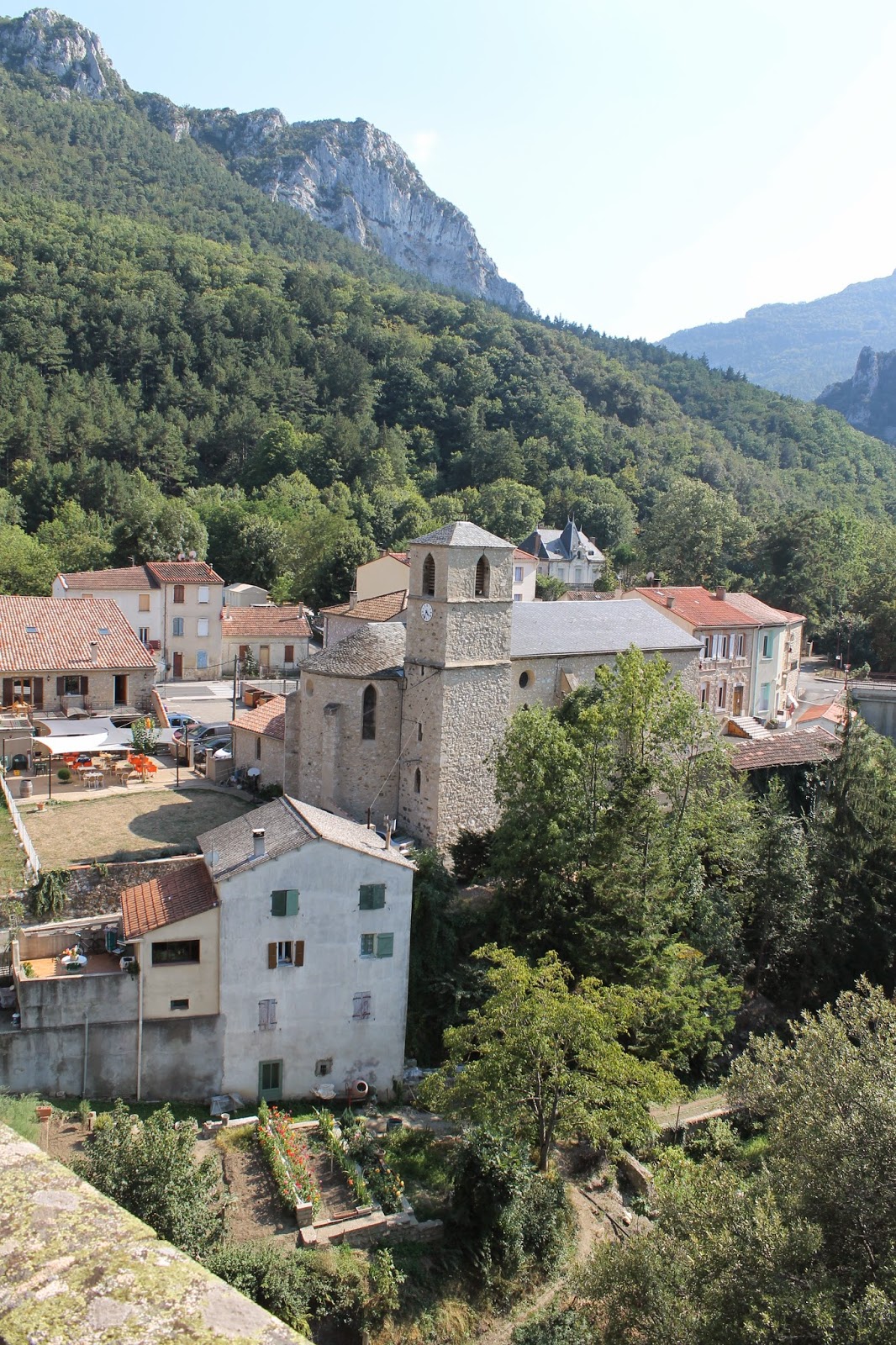 The return journey was just as memorable. The scenery seemed more gentle in the softer late afternoon light, compared with the harsh morning sunshine. Between St Paul de Fenouillet and Rivesaltes, especially around Maury, you really appreciate the scale of winemaking. The landscape is blanketed with vines and, as we reached Rivesaltes just before sunset, it was serenely beautiful looking towards the coastal plains. In this article in the Financial Times Jancis Robinson explains how significant these wines were historically. In the mid 20th century a jaw-dropping 70 million bottles of vins doux naturels from the Rivesaltes appellation were sold annually, a sizeable proportion exported to the French Army because the high levels of alcohol and sugar made the wines so stable. These hardy wines age well and, if you can get your hands on older vintages, offer remarkable value for money. Last November at The Quality Chophouse I enjoyed a glass of 1946 Rivesaltes for just £8. 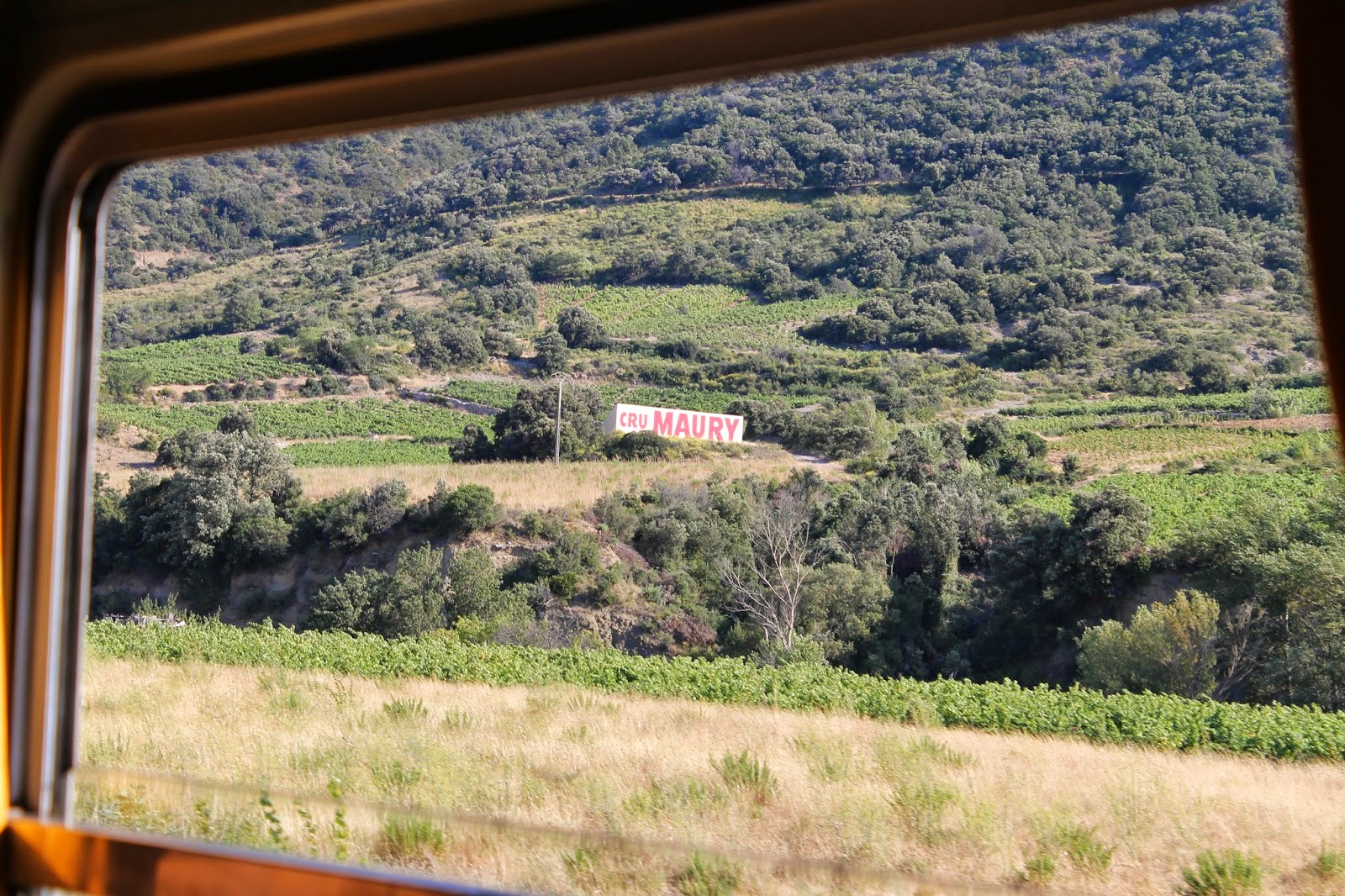 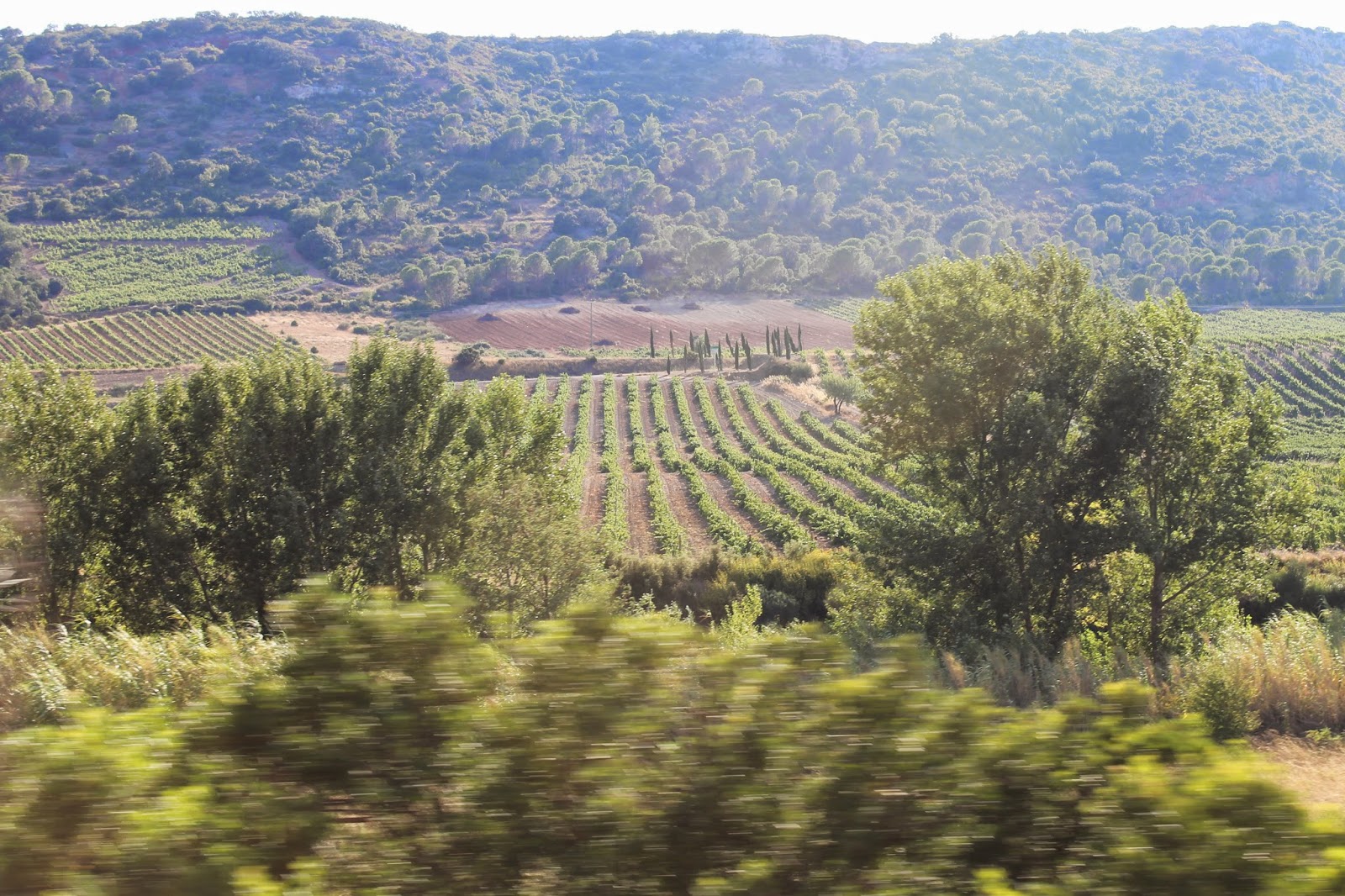 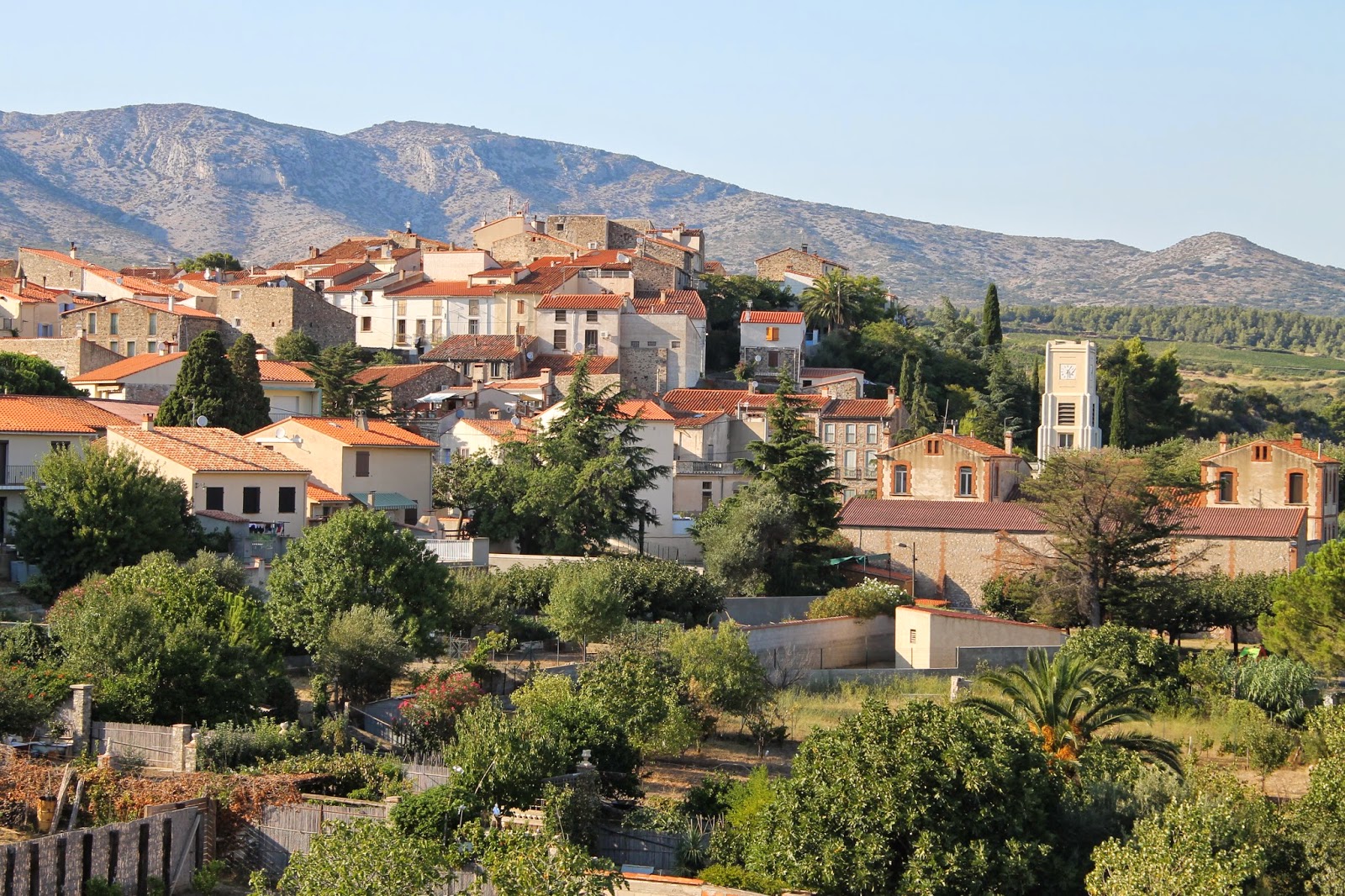 We didn't visit any wine estates on our trip, just sat back and admired the beautiful landscape. However, an option would be to take the train as far as Maury, have some lunch ('resto-cave' Pichenouille is widely recommended) and visit some of the wineries clustered around the station before catching the return train to Rivesaltes later in the afternoon. Either way, it's an unforgettable day out.
Posted by Lucy Bridgers at 03:04