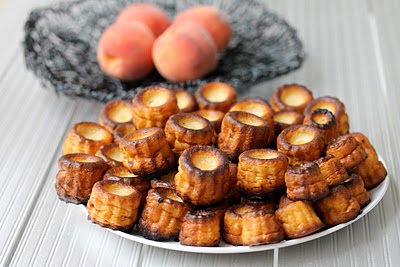 In the summer while we were on holiday in Cap Ferret we were able to enjoy some of our favourite local delicacies: canelés. I vividly recall being introduced to them a few years ago when visiting the region. At the time it struck me that if Yorkshire pudding and crème anglaise (or a smart home-made, vanilla-flecked custard) got together they would produce this rather elegant, glamorous offspring. Since then I've wanted to try making them. This summer, while staying in our friends' house again and consulting one of their cookery books, I had the chance. My friend Christine loves canelés, but tends to make a savoury version with cheese and chorizo. I needed to tackle the classic sweet version first. 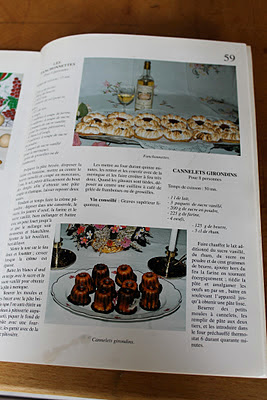 The recipe looked straightforward. In a large pan heat a litre of milk with 200g caster sugar, 3 sachets of vanilla sugar, 100g butter and 5cl rum until the sugar has dissolved. 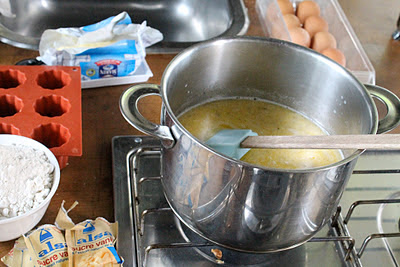 Remove the pan from the heat and beat in the flour. This was a bit scary as it looked quite lumpy – I've since seen other recipes which suggest sieving or blending the batter at this stage. 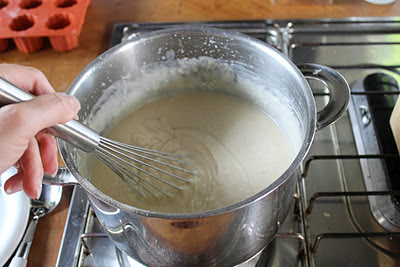 Add four eggs, one at a time, thoroughly beating them into the batter until you have what the recipe describes as a pâte lisse (smooth paste). (I must say this stage was hard work and I ended up with a very achy arm!) This may also be the time to leave the batter overnight or for longer to settle as suggested in many other recipes. 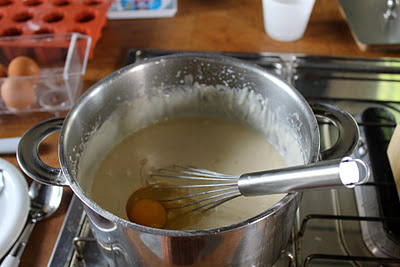 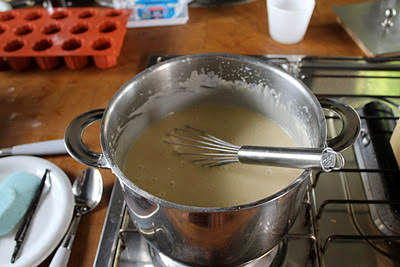 Generously butter the canelé moulds and pour in the batter, but be careful not to overfill. However, buttering the moulds may not be necessary with modern silicone moulds. Some recipes suggest using beeswax instead of or combined with butter to help create the glossy, hard, caramelised exterior, and advocate using traditional copper moulds. 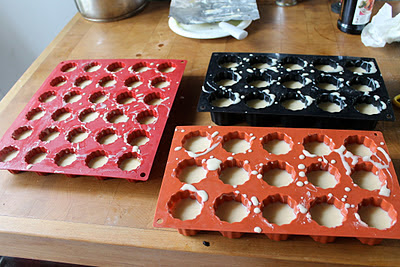 Bake in a preheated oven at 200°C/Gas Mark 6 for 40 minutes. (Mine needed another 10 to 15 minutes and probably could have done with longer. Other recipes suggest starting off at a very high temperature such as 230°C for the first 15 minutes to boost the caramelisation and reducing the temperature for the rest of the cooking. It's also worth being aware of how they rise dramatically and then sink back down again. Don't worry: they're meant to be quite dense and chewy.) 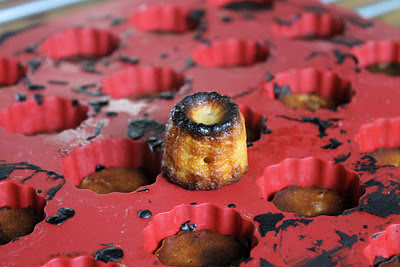 For a first attempt, my results weren't too bad. They lacked the even dark, glossy sheen of the professional examples, but had a good rich vanilla flavour and seductive texture, although they could have done with more of a rum kick. Nevertheless, they were delicious with coffee and made an easily assembled chic dessert, especially when served with seasonal fruit and a glass of Sauternes or Monbazillac. 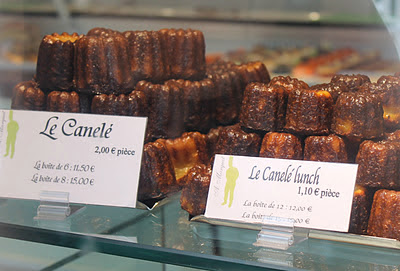