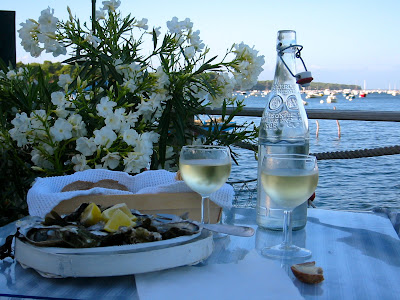 As I mentioned in an earlier post, we spent some of our summer holiday with friends on the Cap Ferret peninsular, an hour's drive from Bordeaux. Attracting well-heeled French holidaymakers with a taste for healthy outdoor pursuits and good living, it is not unlike The Hamptons in the United States: relaxed, understated, but still rather chic and bourgeois. However, it has an distinctive local industry that prevents Cap Ferret from getting too chichi as it becomes increasingly fashionable.

Cap Ferret is a thin tongue of land that runs between the Atlantic Ocean curling around, almost embracing, the 37,000-acre Bassin d'Arcachon. This is one of the country's most important oyster farming areas and the primary breeder of oysters that go on to be reared elsewhere in France. Ostreiculture or oyster farming has been present here in various forms since Roman times, and strolling around some of the small towns offers a picturesque glimpse of this industry (along with, of course, the opportunity to taste). The oyster parks and beds – marked by groups of upright stakes that punctuate large parts of the Bassin – date back to the mid 19th century when Napoleon III encouraged organised oyster farming as wild oysters were dying out. The native flat oysters (Ostrea edulis) were gradually replaced by Portuguese oysters (Crassostrea angulata) and, more recently in the 1960s, Pacific oysters (Crassostrea gigas).

The attractive wooden cabins used by oyster farmers date back to the late 19th century and several incorporate attractive waterside terraces for customers to enjoy local molluscs with crisp, refreshing local wine (usually Entre Deux Mers) for just a few Euros. To the south, beyond the resort town of Arcachon, the spectacular Dune de Pyla will be visible in the distance. Other local seafood is excellent, especially the small, sweet local mussels. Chez Hortense at the southerly tip of Cap Ferret serves enormous portions of moules frites with a meaty sauce enrichened with duck fat; I don't know how their chic regulars remain so trim. (This footage on YouTube is one family's take and shows the glorious location.)

Here are some photographs taken around the villages of Le Canon and L'Herbe (where we had the bargain 15 Euro set lunch at the Hotel de la Plage). 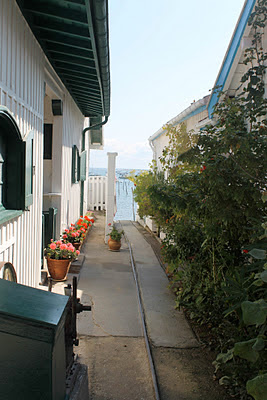 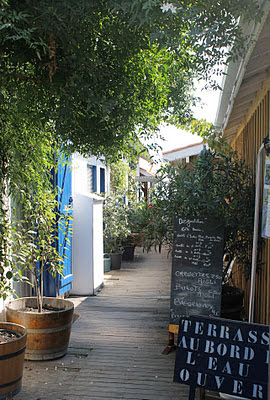 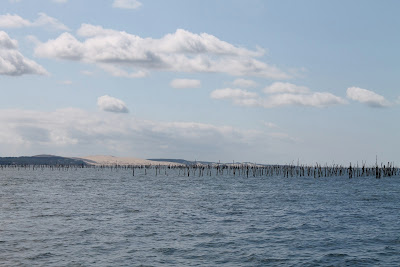 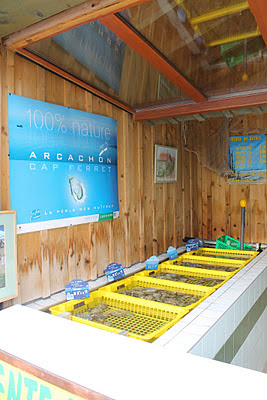 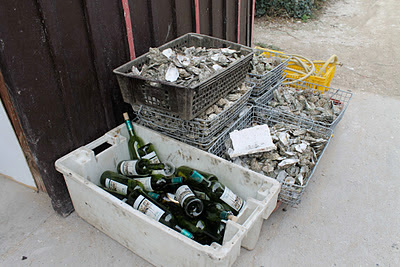 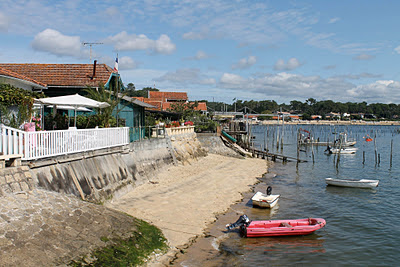 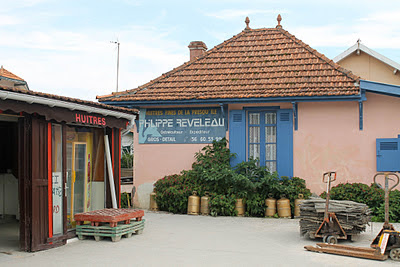 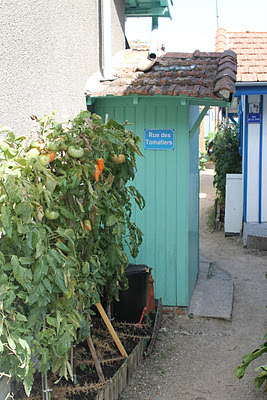 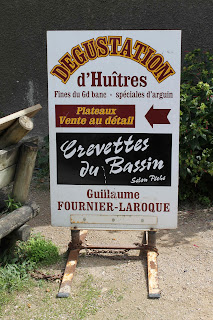 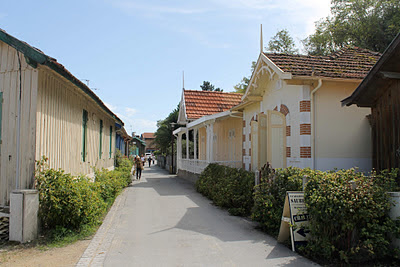 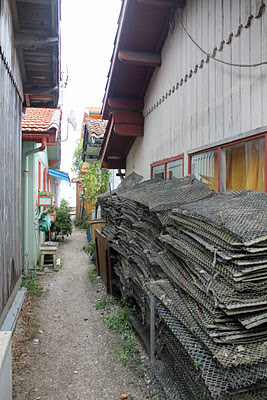 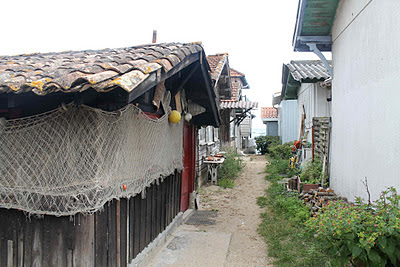 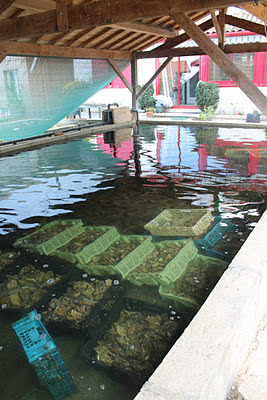 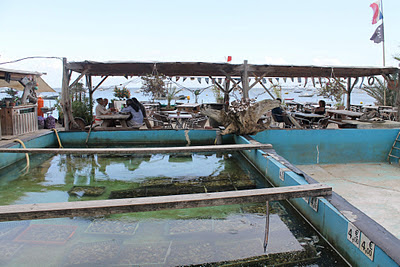 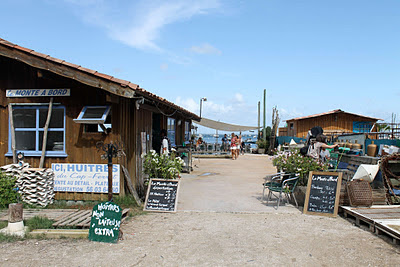 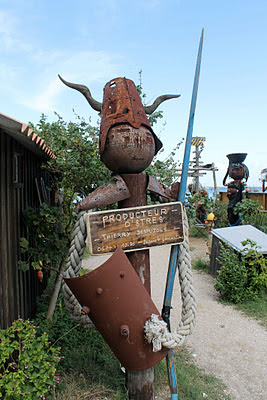 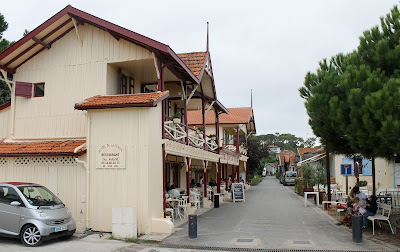 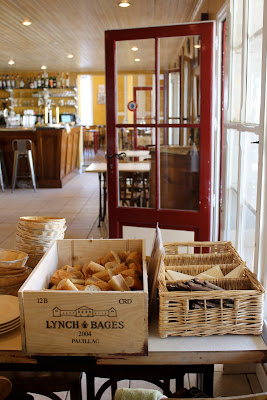 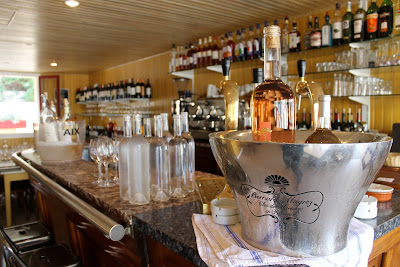