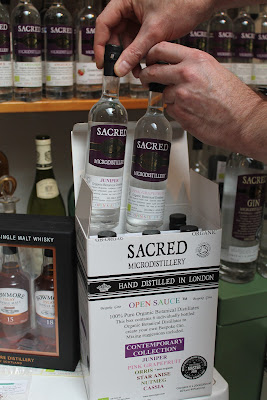 It’s amazing what goes on behind closed doors in suburban streets. Crunching through autumn leaves, walking past comfortable Victorian houses, I found it hard to believe I was on my way to meet an award-winning distiller (or, more precisely, micro-distiller) who is based at home in north London. 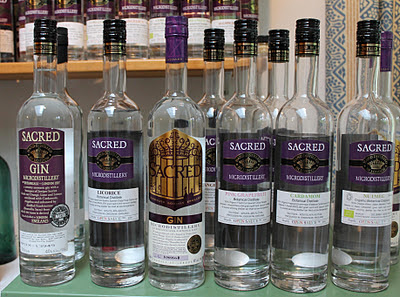 Until 2008 Ian Hart was a head-hunter in the City whose main client was Lehmann Brothers. We all know what happened next, so, like many people, Hart suddenly found himself with time on his hands and wondering about his career prospects. He had studied natural sciences at Cambridge and, after some initial experimentation with microwave technology, he drew on his love of wine and other alcoholic drinks and started researching the possibilities of distillation. 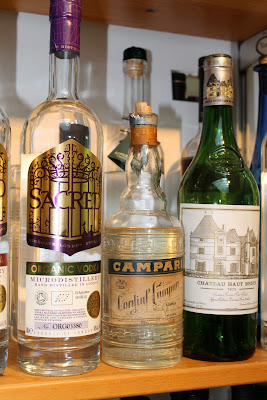 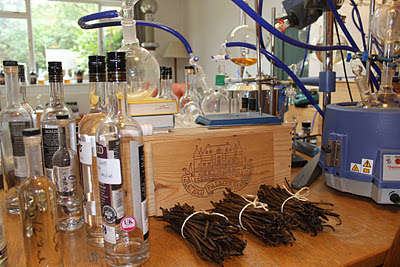 Hart’s career change has happily coincided with a resurgence of interest in gin and notably London Dry Gin. New small-batch, boutique gins have been emerging such as Sipsmith from Hammersmith and Jensen’s from Bermondsey; premium gins like Hendrick’s, Martin Miller’s and Tanqueray 10 have already helped diversify and broaden the gin market.
In 2009 Ian Hart established the Sacred Spirit Company, named after one of the main botanicals (flavourings) used in his gin – Boswellia Sacra (frankincense). Using his local pub, The Wrestlers on North Hill, as an informal focus group, he developed the gin inspired by a 17th century recipe based on 12 botanicals he hand-distils under vacuum. This allows the distillation process to take place at lower temperatures, retaining the freshness and purity of the aromas. 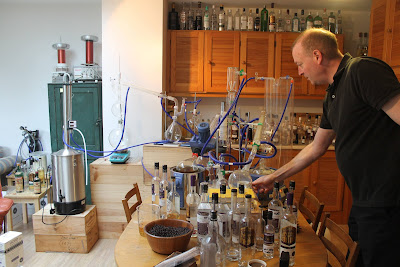 Gin aficionados and cocktail lovers will be interested in his Open Sauce blending kits (£87.50 for 6 x 20cl bottles at 40 percent ABV) and individually bottled botanical distillates (£28.95 for 70cl; £12.96 for 20cl). My particular favourites are cardamom, mandarin, orris and juniper. I also love the wormwood which is beautifully perfumed and sandalwood-like (if you fancy mixing your own absinthe!) The range also includes vodka and he in the process of being accredited by the Soil Association for full organic status. For me it was like being a kid in a sweetshop, sipping some of the best drinks I’ve ever tasted during my twenty years in the drinks trade. It was like being in the presence of a top perfumier, with a big splash of Heston Blumenthal (and liquid nitrogen) thrown in. 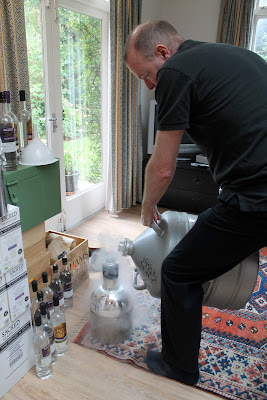 From a standing start and in its first year of trading, Sacred Gin won a leading trade award (Gin Masters 2009: Master Award, 98/100) and is now stocked by Fortnum and Mason and Selfridges and served in some of the country’s most fashionable bars and restaurants (for example Duke’s Hotel in St James’s and Raymond Blanc’s Le Manoir aux Quat’ Saisons). Hart has no plans to expand production levels which amount to about 1,500 bottles per month and can be handled comfortably from home. Most of the raw materials are kept in the garden shed and an old wendy house is also used for storage. Inside the house the dining room has been transformed into a lab and, looking around, the battered old reference books and countless bottles reflect the extent of Hart’s passion which is enthusiastically supported by his partner Hilary. His teenage sons who visit regularly have become used to having to turn up the volume on the TV if distillation is in progress. 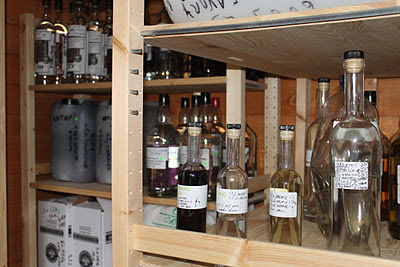 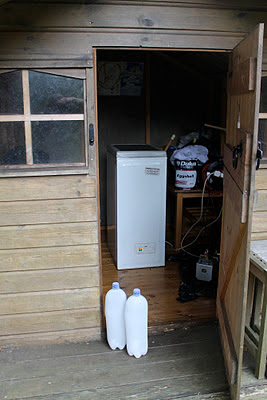 Serving notes
Sacred Gin has a creamy, mouthfilling texture and delicately perfumed aromas. It isn’t as assertively juniper flavoured as other gins (eg Gordon’s, Tanqueray, Sipsmith and Jensen’s) making it better suited to short drinks and cocktails, rather than mixed into a long drink with tonic, which would overwhelm it. Alternatively, you could blend it to your personal taste with the individual botanicals, creating your own house gin.
Stockists
Local stockists include Theatre of Wine on Fortess Road, The Sampler on Upper Street, Wine of Course on Archway Road, Village Food and Wine in Highgate High Street and North Hill Food and Wine. As well as the aforementioned Fortnum’s and Selfridges, Sacred spirits are also available at Milroy’s in Greek Street, Gerry’s in Old Compton Street who also stock the company’s vermouths (the Spiced English Vermouth is remarkable – and great added to the gin for a wintery Negroni). As well as Hart’s local, The Wrestlers, several pubs around Highgate now serve it including The Rose and Crown, The Flask and St John’s.
Sacred London Dry Gin (70cl) RRP £29
http://www.sacredspiritscompany.com
http://www.thedrinkshop.com
Posted by Lucy Bridgers at 06:28