A mouthwatering stroll around Beaune

At the end of June I had the good fortune of visiting Burgundy – the first time for nearly 20 years – and was reminded how this region is a mecca for foodies, as well as wine lovers. (We were there as guests of the BIVB, the official body promoting Burgundy wines.) This time I travelled by train which made me realise what a good destination it is for a luxurious weekend away. We stayed in Beaune and late one afternoon I took some time out for a stroll, not only admiring its atmospheric beauty, but enjoying some mouthwatering window shopping (or, as it appropriately translates into French, lèche vitrines – 'window licking'). 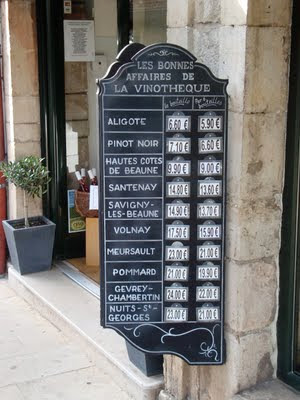 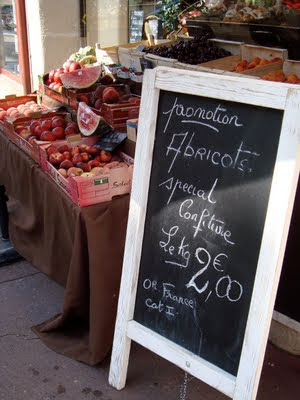 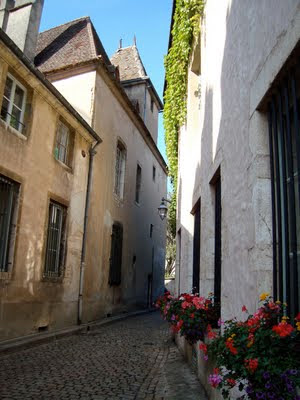 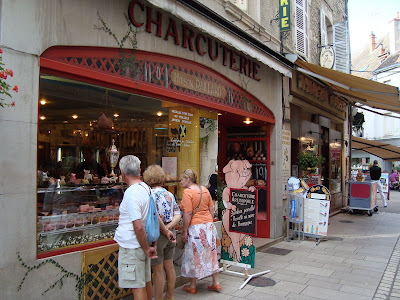 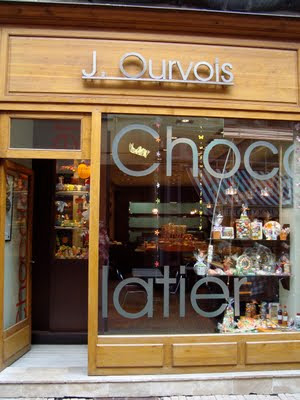 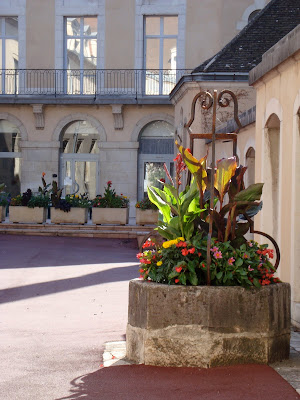 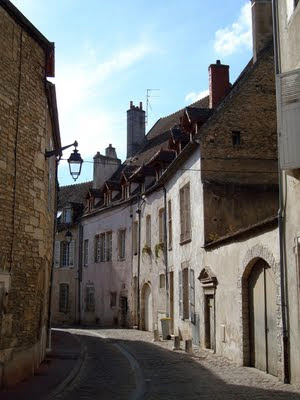 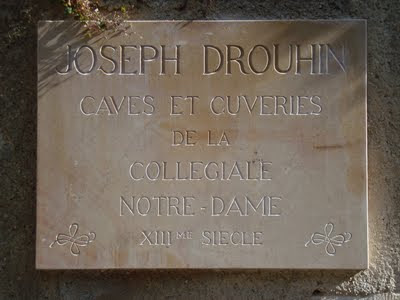 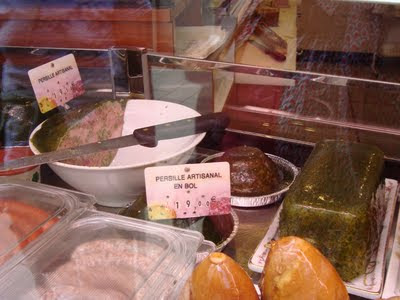 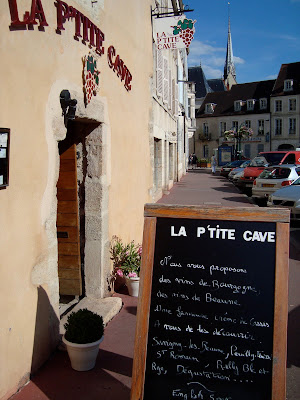 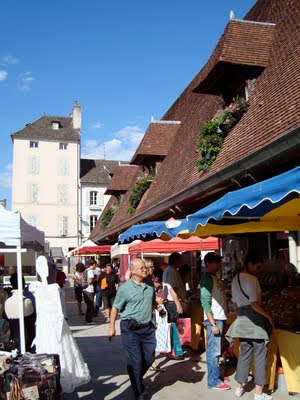 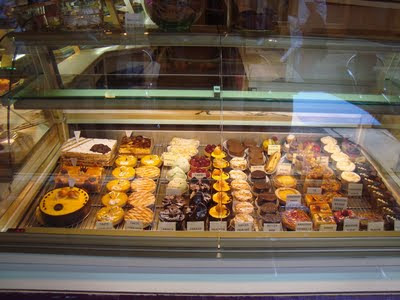 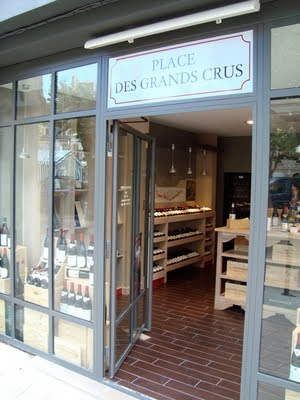 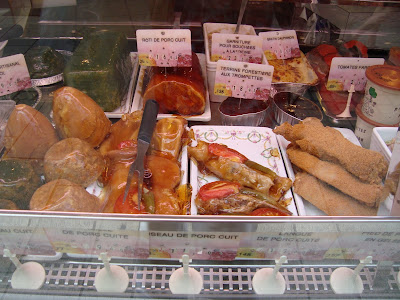 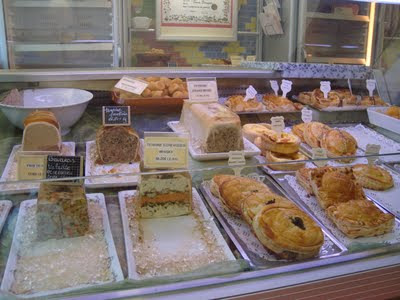 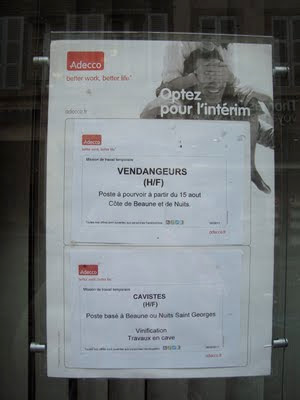 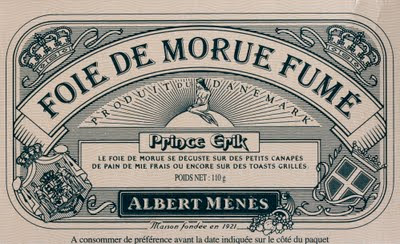 Among the goodies we brought home from our holiday in France last year was a tin of foie de morue fumé. This delicacy may not be for everyone – it is smoked cod's liver and often described as foie gras of the sea or poor man's foie gras. However, it is really worth seeking out in its own right: it has a rich, complex, slightly fishy flavour and a luxuriously creamy texture. Spread on some crackers for instant, distinctive canapés. We enjoyed it with some chilled Fino sherry, but other well structured, refreshing whites would be just as appetising, as long as they aren't too aromatic or oaky (Chablis, Savennières, Pinot Blanc, Graves, Albariño would be delicious). We'll certainly be replenishing stocks this summer, along with confit de canard and other favourites. 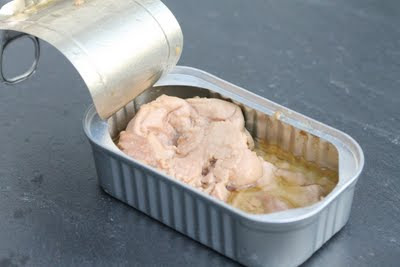 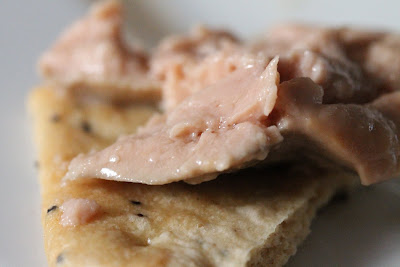 Posted by Lucy Bridgers at 11:48 No comments:

The friendly face of French wine Having always dominated the international wine market, France has had a rocky time in recent years. Fierce competition has emerged from all corners of the globe, notably Australasia and the Americas, as well as from European neighbours such as Spain; and the domestic market is in decline.

Rather than risk becoming the preserve of devoted connoisseurs or holidaymakers snapping up bargains to take home, a growing number of French producers are freshening up the presentation and labelling of their wines to entice new consumers. Appellation Contrôlée labelling is about guaranteeing the geographical source of the product, with production methods enshrined in this and very little consumer-friendly information is presented. In most cases, only the name of the producer, vintage date (if there is one), alcohol content and volume; it generally doesn't tell you which grape varieties are used (if you're lucky this information will appear on the back label). You might find you like wines from a particular region or commune, such as Côtes du Rhône, Châteauneuf-du-Pâpe, Bordeaux and St Emilion. However, as the French wine industry is so fragmented, involving thousands of producers, you need to make a note of the producer of the wines you prefer. Otherwise, it can be a bit of a gamble and an expensive one at that.

With this in mind, I've been taking an interest in entry level French wines appearing on the shelves. Some contemporary French wines can be a bit gimmicky, but here are three examples I've particularly enjoyed this summer (all from Waitrose). All are sealed with screwcaps (perfect for picnics) and are blends from southern France. No mention of the grape varieties (unless you turn around the bottle), but distinctive labels to encourage repeat sales.

The punningly named Chat-en-Oeuf Blanc 2010 (see above), made by Boutinot from Grenache Blanc, Marsanne and Roussanne from the Pays d'Oc, has a citrussy freshness with subtle hints of apricot. It's quite light, but tasty enough as an aperitif or sipped with light summery food, such as simply grilled fish.
Waitrose Wine Direct £5.21 or £62.52 for a case of 12. 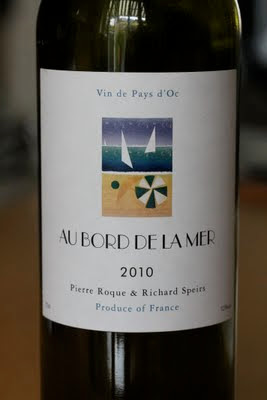 Another wine from the Pays d'Oc, Au Bord de la Mer 2010 is a blend of 75 percent Vermentino and 25 percent Chardonnay, with fresh, stylish results. I love the chic presentation of this wine as it conveys itself beautifully and remains respectfully French (particularly nice work by importer and co-producer Richard Speirs). Great for fish and seafood or sipping on its own while watching the sun descend over the horizon.
Waitrose Wine Direct £5.69 or £68.28 for a case of 12. 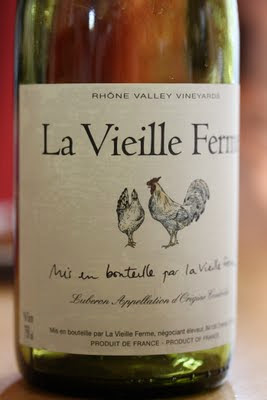 La Vieille Ferme Blanc 2010 costs about a pound more than the others and tastes more substantial, with some interesting complexity – toothsome citrus and white peach fruit, nutty and gently creamy. You're still getting a lot of a wine for the price. Bourboulenc, Grenache Blanc, Ugni Blanc and Roussanne from the Luberon go into this wine produced by the Perrin family, owners of Château de Beaucastel in Châteauneuf-du-Pâpe. La Vieille Ferme Rouge is also well worth looking out for.
Waitrose Wine Direct £6.64 or £79.68 for a case of 12.
Posted by Lucy Bridgers at 11:00 No comments: 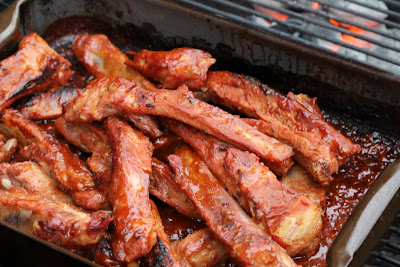 Weather-wise we're currently on a roller-coaster this summer and this week we've had the barbecue out again – although our Weber kettle barbie works well no matter what the heavens grace us with. This recipe from Hugh Fearnely-Whittingstall's River Cottage Meat Bible for sticky ribs is our current barbecue favourite, but you can also cook them in the oven. We use packs of spare ribs and allow plenty – as many as half a dozen per person. For four servings, we use a triple quantity of the marinade. You could also use a whole rack of ribs, divided up. We just focus on the ribs as they are so tasty (and messy) and serve them simply with a mixed salad, crusty bread or new potatoes and big, gutsy fruity red such as Californian Zinfandel (which often has a suitably sweet/sour character). Reds from all round the Mediterranean are also likely to work well – plenty of ripe fruit, some warm alcohol and an easy-going personality is what you're after. Nothing too sleek or formal – those sticky fingers can make a mess of your glass! 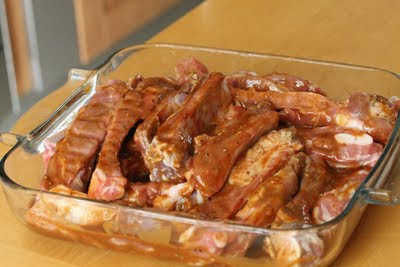 Firstly crush the garlic and salt together to make a paste. You can use a fork, but my heavy pestle and mortar makes easy work of this (particularly for larger quantities). Add all the other ingredients, mixing together well, adding the vinegar at the end to make a thick emulsion.

Thoroughly coat the ribs with the marinade and leave in a non-metallic dish for several hours (eg mid afternoon for an evening barbecue).

To barbecue: allow the coals to become white hot and either place the ribs directly on the bars or cook them in a roasting tray. Cook, turning occasionally for about 20 minutes. We keep the lid on our Weber during cooking to boost the smoky aromas.
Posted by Lucy Bridgers at 03:04 No comments: