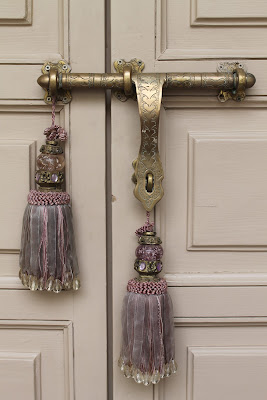 Late in 2011 my mother and I treated ourselves to a short trip to Marrakech. While planning this trip, I researched widely online – as you do – to select the right accommodation. As we were only going to be there four nights, we wanted somewhere conveniently located. We also wanted a soothing and relaxing refuge from the hustle and bustle of the souks. My online meanderings led me to Riad al Massarah on the outer fringe of the Medina, in the Bab Doukkala neighbourhood. It looked beautiful, offered hammam treatments and delicious sounding meals and had received legions of excellent reviews. What's more, owners Michael and Michel could not have been more helpful with my inquiries.

On a Monday in mid November we touched down in Marrakech. It was warm and our taxi (organised by the riad) took us into the Medina, passing the exotic terracotta ramparts of the 'Rose City'. We had to make the last few hundred yards on foot, guided by a representative of the riad, with a porter transporting our luggage on a cart, expertly negotiating the tiny cobbled alleyways. 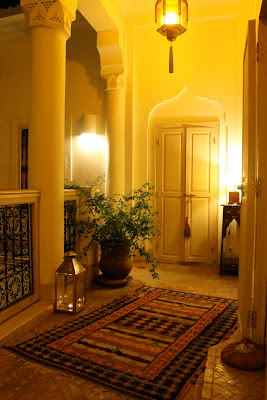 After passing through an anonymous wooden door, we entered the riad. The contrast could not be more dramatic, glancing around at the elegant surrounds, lit by flickering lanterns and inhaling the sweetly spiced aromas of the food. They were even playing some jazz music that could have been lifted straight from my iPod at home; the dulcet tones of Stacey Kent provided a memorable welcome.

After quickly freshening up, we headed to the small dining room for the first of two excellent meals we enjoyed at the riad. We ate elsewhere during our stay in Marrakech, but even the highly rated Al Fassia disappointingly fell short of what we were treated to by chef Abdelwahed at Riad al Massarah.

On the first evening we enjoyed a gently spicy soup (like a cross between minestrone and lentil soup), followed by aubergine caviar and courgettes chermoula. The main course was a tangy tagine of chicken and preserved lemon which included peas, tomatoes and artichoke hearts. A fruity Cabernet-based red from near Essaouira, Cuvée du President, coped well with the array of flavours. 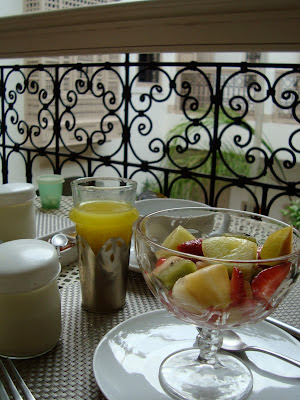 The next morning, after our breakfast of fruit salad, garnished with pomegranate seeds and rosewater, home-made yoghurt, freshly squeezed orange juice, eggs cooked to order and coffee (which you can have on the roof terrace or on the balcony, overlooking the internal courtyard) we joined Abdelwahed food shopping in the local souk. 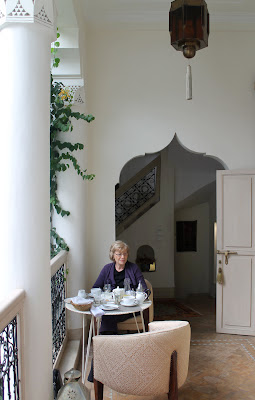 On our third night we were able to experience more of Abdel's cooking when, after a gin and tonic on the roof terrace, we settled back into the intimate dining room for the second time. 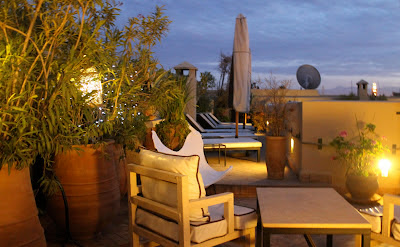 Again we started with soup, this time velvety textured and made from carrots, courgettes, turnips and gently spiced with cinnamon, served with a slick of oil and more cinnamon. I love root vegetable soup and have made several versions of this since being back in London – perfect for this time of year (especially when you have some delicious Moroccan spices handy). This was followed by two salads: pumpkin and cinnamon and grated carrot dressed with orange flower water. They weren't much to look at, but the exotic flavours were in complete harmony. Simple, but so effective and another inspiring seasonal dish. 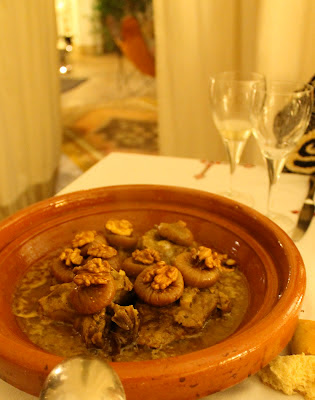 Our main course was slow-cooked lamb with figs and walnuts, seasoned with a touch of cinnamon. The sweetly spiced meat just fell apart and was so well complimented by the rich figs and crunchy nuts. The lamb was nicely accompanied by Terres Rouges, another juicy, easy-drinking modern Moroccan red. 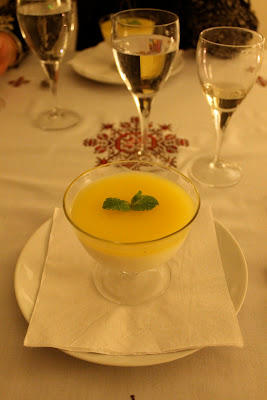 We finished the meal with a palate cleansing dessert called mahalabia made from milk, orange juice and orange flower water. It was a little like blancmanche with fruity orange layer across the top. An appropriately refreshing end to the meal. We were the only guests eating that night and it was like having a private chef – we felt quite pampered. 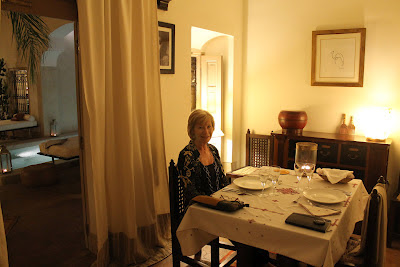 If the length of your stay allows (sadly ours didn't), the riad offers cookery workshops and organises day trips. Another time. The owners also help you maximise your stay in Marrakech by giving you a wonderfully frank low-down on where to go (and what not to bother with). However, on my next visit, I'd be tempted to spend more time within the blissful confines of Riad al Massarah. This really was an exquisite taste of Morocco. (Here are a few more pictures of this gorgeous place!) 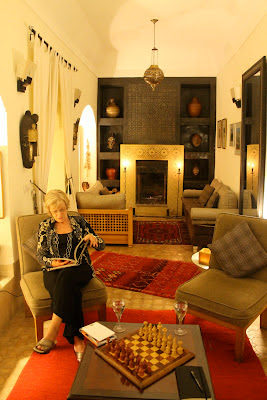 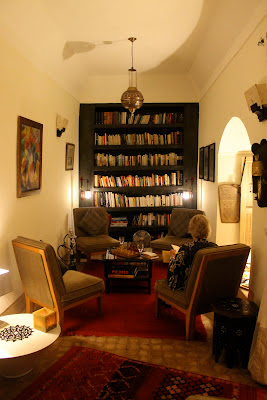 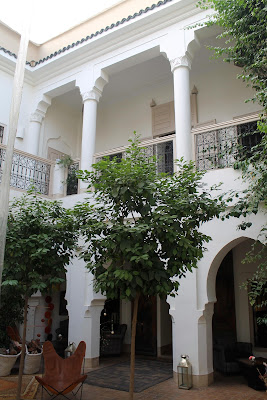 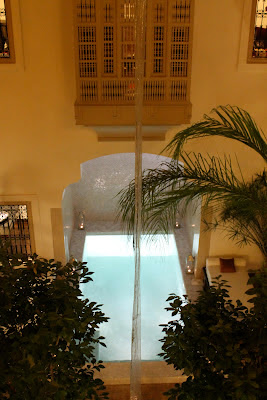 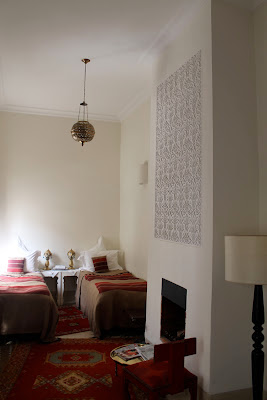 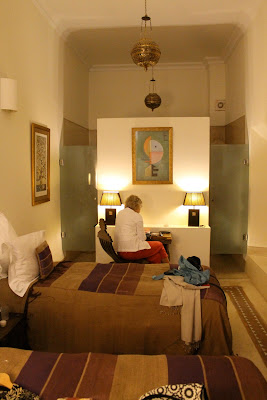 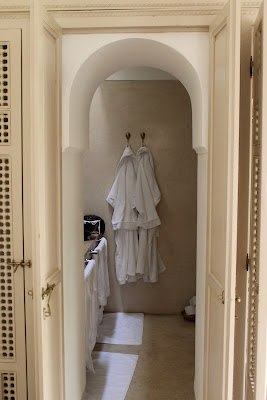 Posted by Lucy Bridgers at 13:33 No comments: 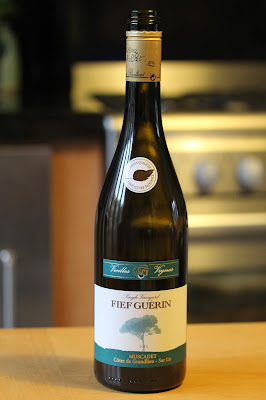 It's not an obvious choice for sub-zero temperatures and while snow is still on the ground, but I do love a crisp, invigorating white to enliven the palate this time of year.

Last night we enjoyed the single vineyard Muscadet Côtes de Grandlieu Sur Lie Fief Guérin I'd picked up from Waitrose before Christmas for about £6.50. I zoned in on it as it seemed an attractive option for our supper: aubergines cooked with soy, ginger, garlic, chilli and sesame, garnished with yoghurt, fresh mint and lime and served with noodles. Sipping it before dinner was a treat. The crisp, fresh salinity always make a mouthwatering apéritif and, once we were tucking into the food, the extraordinary versatility of Muscadet became clear. Yes, this is a wine that is perfectly suited to simply prepared fish and seafood – I can't think of anything I'd rather drink with moules-frîtes – but, because of its tingling acidity and subtle aromas, it's a seriously good food wine that can take on some big flavours. It cut through the rich, fatty aubergine like a rapier, yet had enough presence to stand up to the heat and power of the other ingredients. What's more, coming from such a northerly location, the alcohol level is only 12°.

Muscadet is often regarded as old-fashioned, but this demonstrated how contemporary and exciting it can taste (and sealing it with a screwcap will certainly help maximise the fresh purity of the wine – nothing stale and sharp here).

PS Look out for Sainsbury's Taste the Difference Muscadet de Sèvre et Maine Sur Lie for about the same price: another great value example of this often overlooked wine.
Posted by Lucy Bridgers at 02:29 No comments: 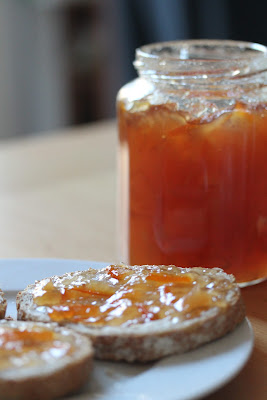 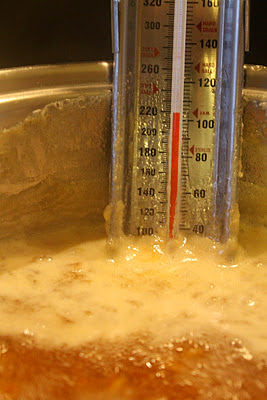 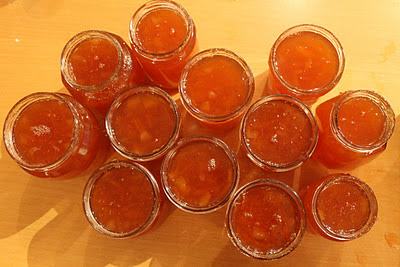 Posted by Lucy Bridgers at 07:19 No comments: