Chablis to Beaujolais: an epic journey for wine lovers 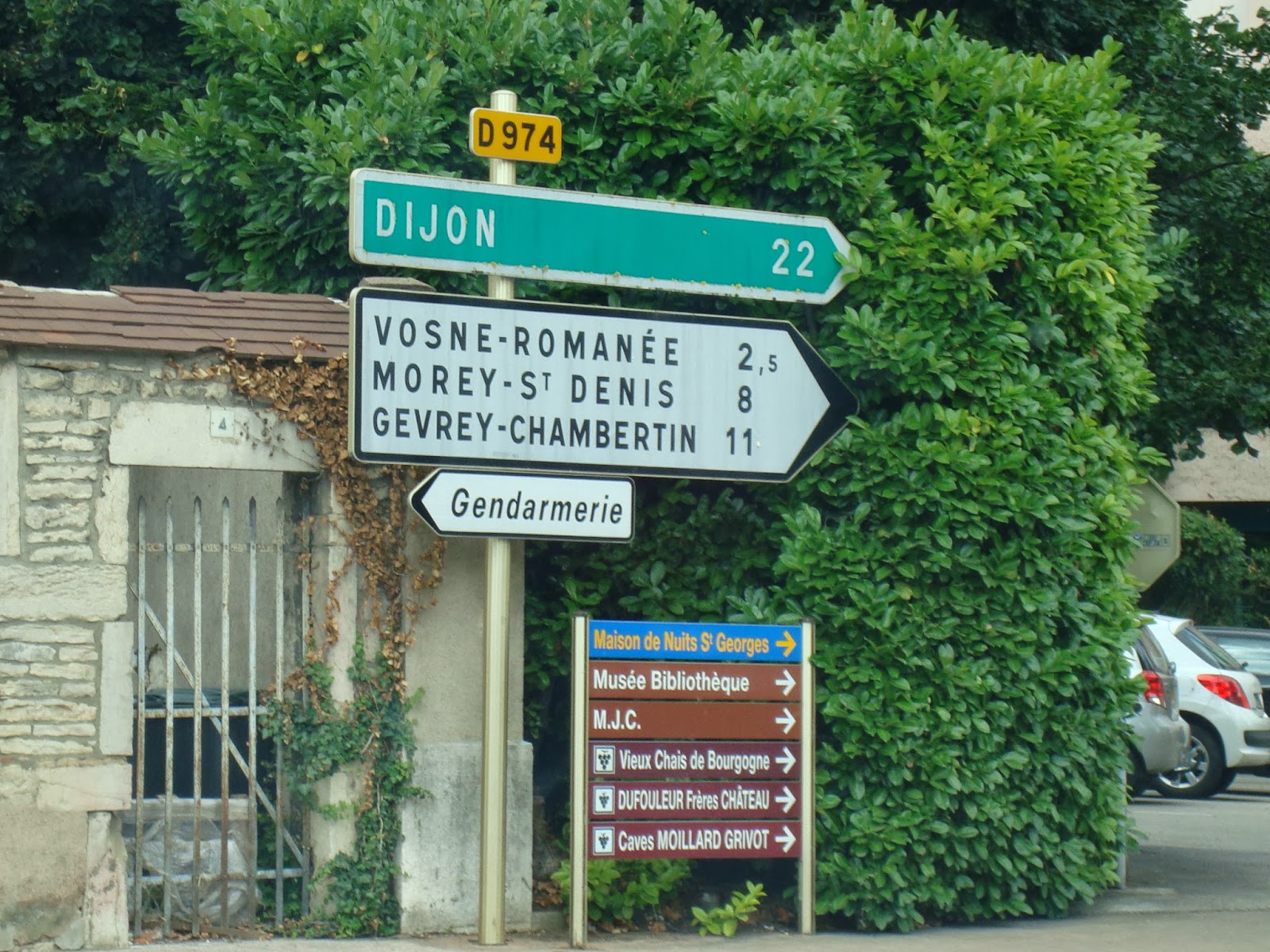 After breakfast in the sunny garden of the Hostellerie des Clos in Chablis, we returned to the car to continue our journey. Our next destination would be Lancié in Beaujolais for a two night stay before finishing our first week in France in the southern Rhône near Châteauneuf-du-Pâpe.

We headed south of Chablis to pick up the A6 autoroute for Pouilly-en-Auxois where we took the quieter A38 towards Dijon. As we approached Dijon, it got much more hilly and we turned off the motorway onto the D108 which zig zagged steeply up and over the northerly part of the Hautes Côtes de Nuits to Marsannay where we picked up the D974. This is where wine lovers (particularly Burgundy lovers) start getting very excited. The D974 (previously called the N74) runs north to south alongside the Côte d'Or, passing through a series of world famous wine villages, names you generally only see on seriously smart bottles. There is even a restaurant named after this road in San Francisco with an appropriately Burgundian wine list.

As I'd driven along the D974 a couple of times already and it was my husband's first visit to the area, I did the honours so he could sit back and admire the views. We drove through Gevrey-Chambertin and Chambolle-Musigny, passed by the walled expanse of the Clos de Vougeot, continued through Vosne-Romanée and then the busy little town of Nuits-St-Georges and on towards Beaune past the huge mound of Corton with its forested crown. 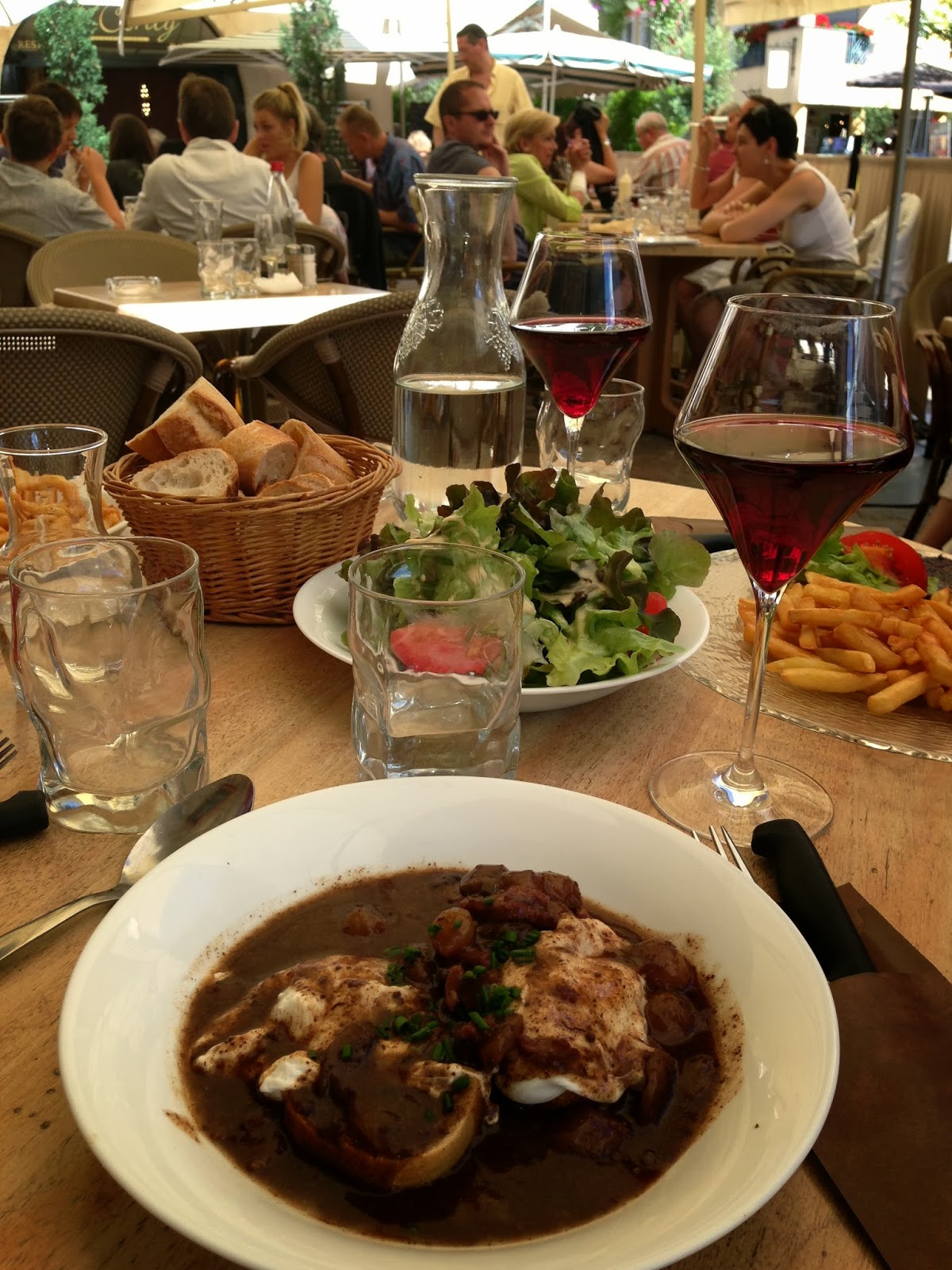 We stopped for lunch in Beaune, easily parking on the inner ring road. My classically Burgundian oeufs en meurette and my husband's steak went down beautifully with a drop of Beaune, obviously. After coffee and sunny stroll, we were back in the car continuing south.

We took the A6 autoroute briefly to Chalon before turning west to Givry to pick up the D981, an old road that runs south to Cluny. A more scenic option is to leave Beaune on the D974 and pass through Meursault and Chagny where you can pick up the D981. The Côte Chalonnaise has always appealed to me as these wines – generally lighter and more rustic than their glitzier neighbours in the Côte d'Or – were popular with French nobility during the Middle Ages. Apparently Henri IV was partial to the wines of Givry which had been popular since the 6th century. The D981 goes through the historic towns of Rully, Givry and Buxy, passing handsome old stone buildings, stately cedar trees and the occasional château. 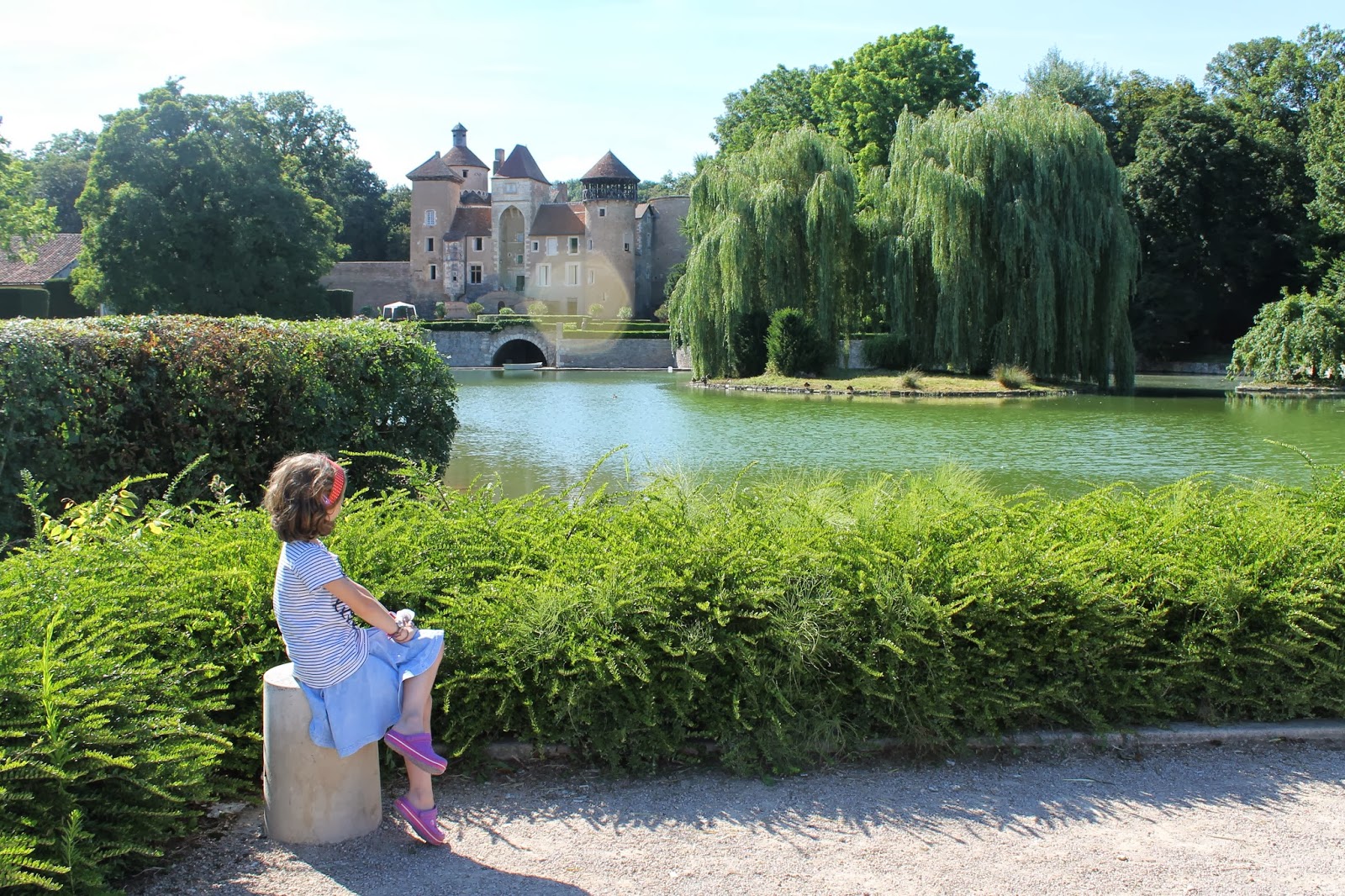 The region looked as though it has enjoyed plenty of commercial success in the past, even if its wines are now overshadowed by neighbouring regions. Following this attractive, gently undulating old route was quite an unexpected treat and judging by the numbers of cyclists we passed coming in the other direction, it's a popular one, too. The road led to the monastic centre of Cluny, congested with coach parties when we drove through. We then picked up the main road, the N79 to Mâcon, passing vineyards and the craggy limestone Roche de Solutré, the landscape becoming much more dramatic. Finally, after a few minutes on the A6 we turned off towards Lancié near Fleurie, for two nights at maison d'hôtes Les Pasquiers, looking forward to dinner and a decent drop of Beaujolais.
Posted by Lucy Bridgers at 06:29 No comments:

An overnight stay in Chablis

Last summer, as we travelled through France towards the Mediterranean, our wine themed route gave us the chance to visit Chablis. I've always loved Chablis wines, but so far never had the chance to experience this cooler part of Burgundy. Having left Le Touquet after breakfast, we travelled southeast, stopping for a quick lunch in Reims and passing through the historic city of Troyes. Sadly we only had time to drive through the medieval city centre, but I'm keen to return for a more thorough visit. Troyes has been an important trading centre since Roman times and was the ancient capital of Champagne and would be ideal for breaking a long French journey.

We reached Chablis late in the afternoon, passing the dramatic sweep of Grand Cru vineyards, entering the town from the north. After swiftly checking into the Hostellerie des Clos we headed out into warm sunshine. Chablis is a charming little town with many interesting corners and some splendid buildings reflecting centuries of prosperity. The Serein river runs through town providing a refreshing lush quality welcome in high summer and the combination of the water and old stones is particularly attractive.

As it was a Monday in mid August our options were limited, but after spending a couple of hours admiring the town we returned to the hotel to get down to enjoying the local produce (in a restaurant that was actually open). The Hostellerie takes great pride in the local wines and our French Canadian sommelier, thrilled to be working in the town, expertly helped us navigate the comprehensive list. He suggested a bottle of Mont de Milieu 2009 by Pinson which deftly saw us through dinner. It was particularly good with the starter of salmon tartare with ginger and raw quail's egg, and then later on with local cheeses, some sticky, ripe Couloummiers especially.

For food and wine lovers Chablis is a great place to visit – for an overnight stay or a short break. Needless to say we took a lot of pictures. 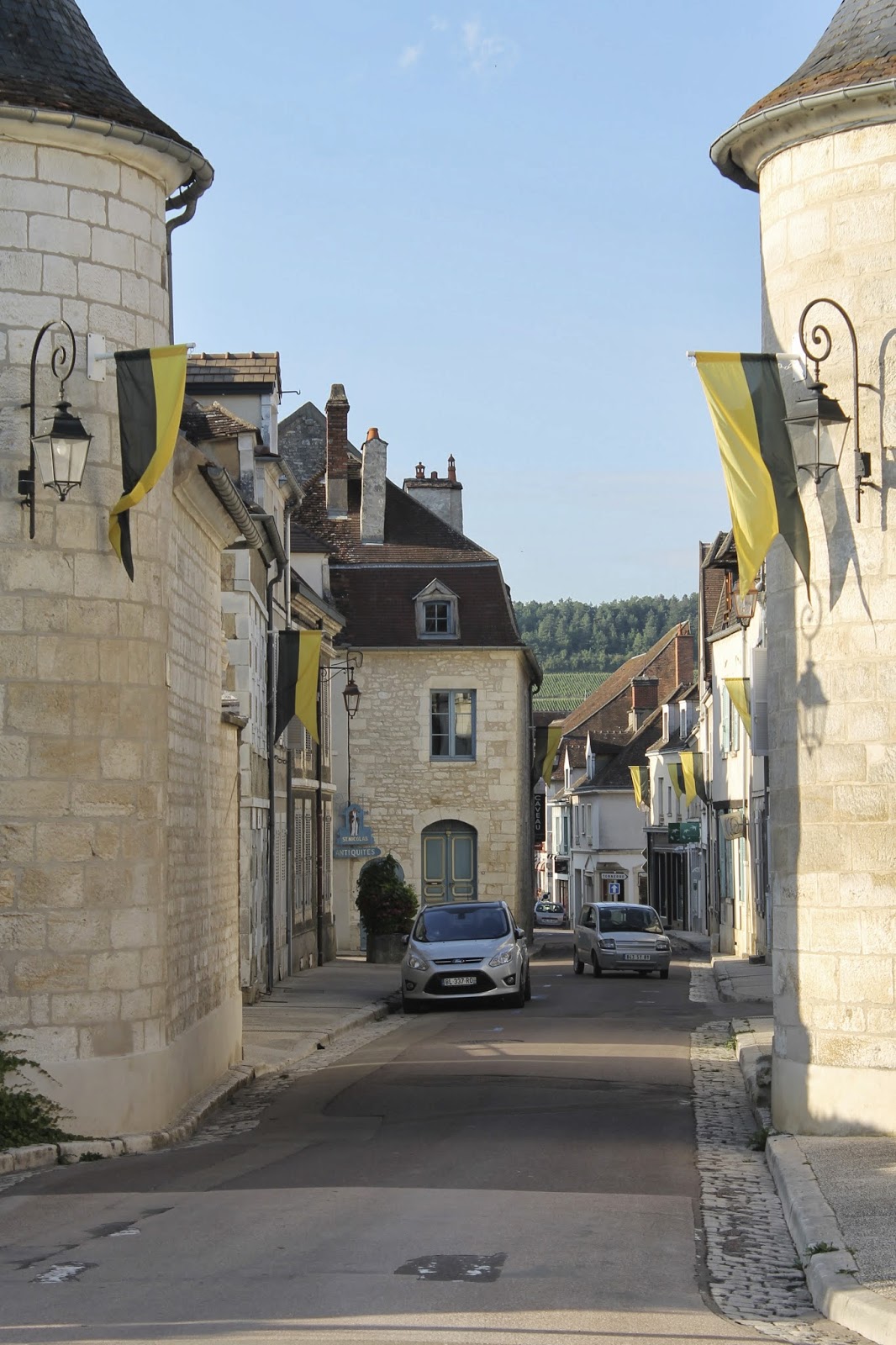 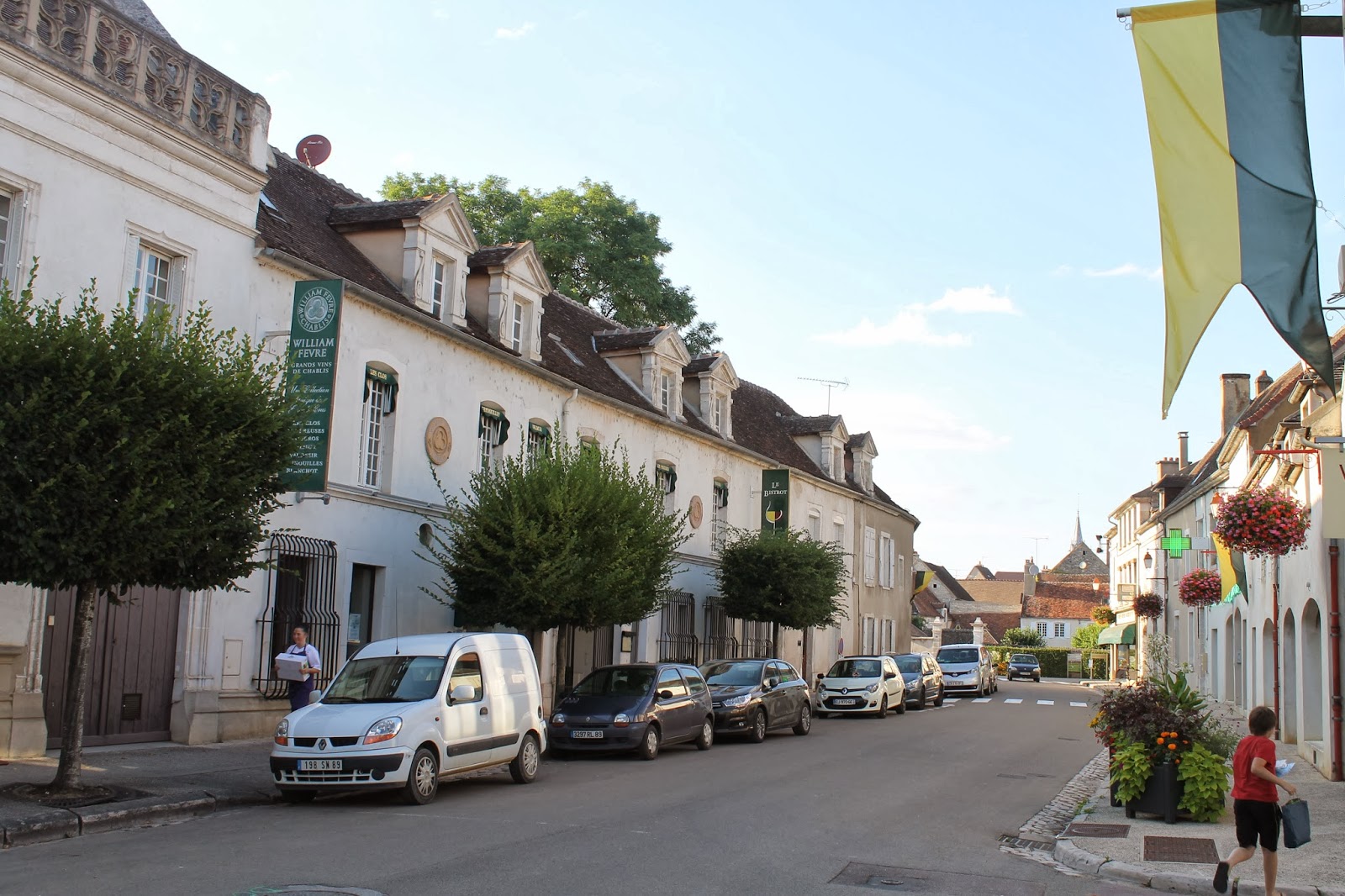 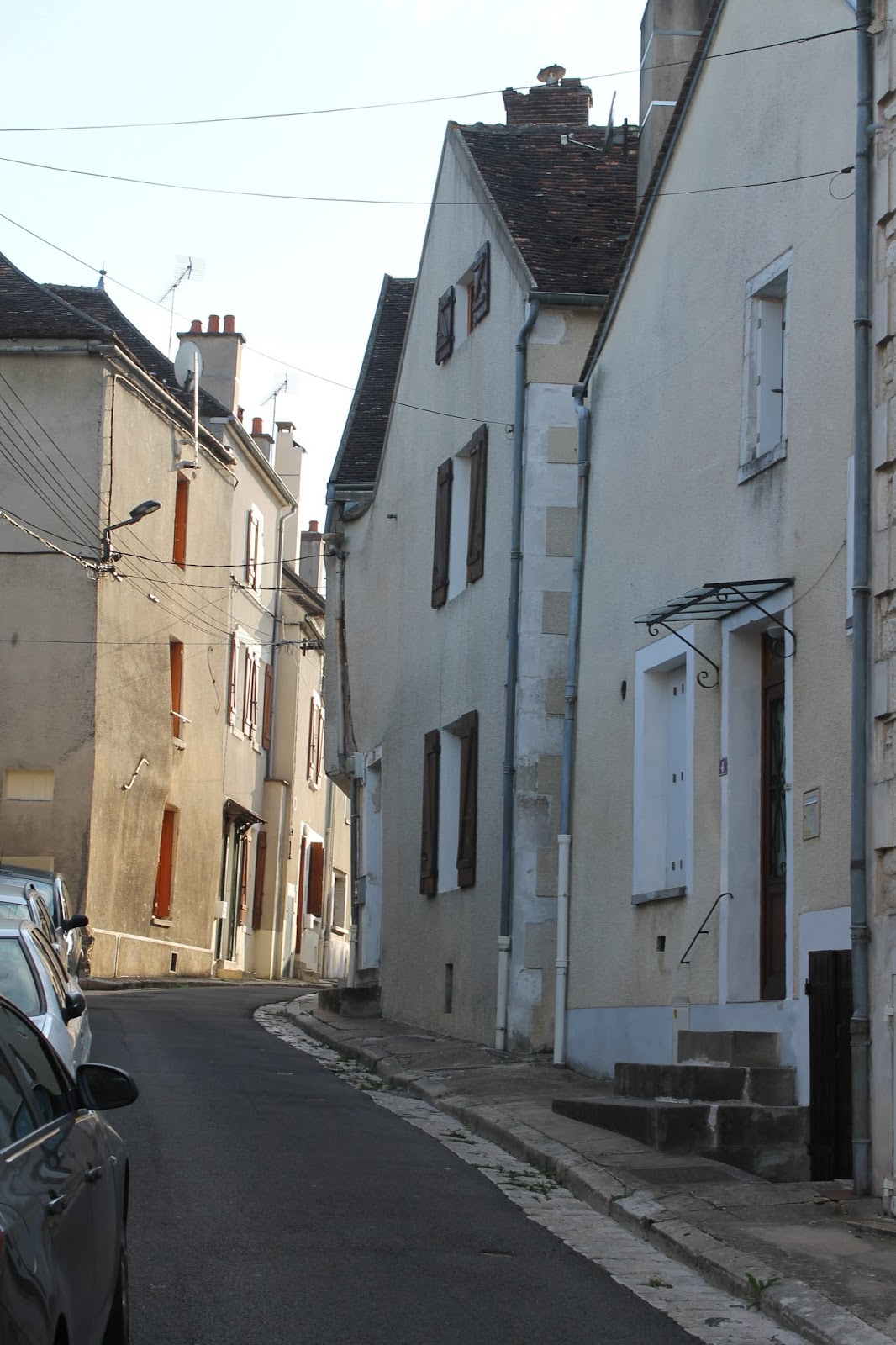 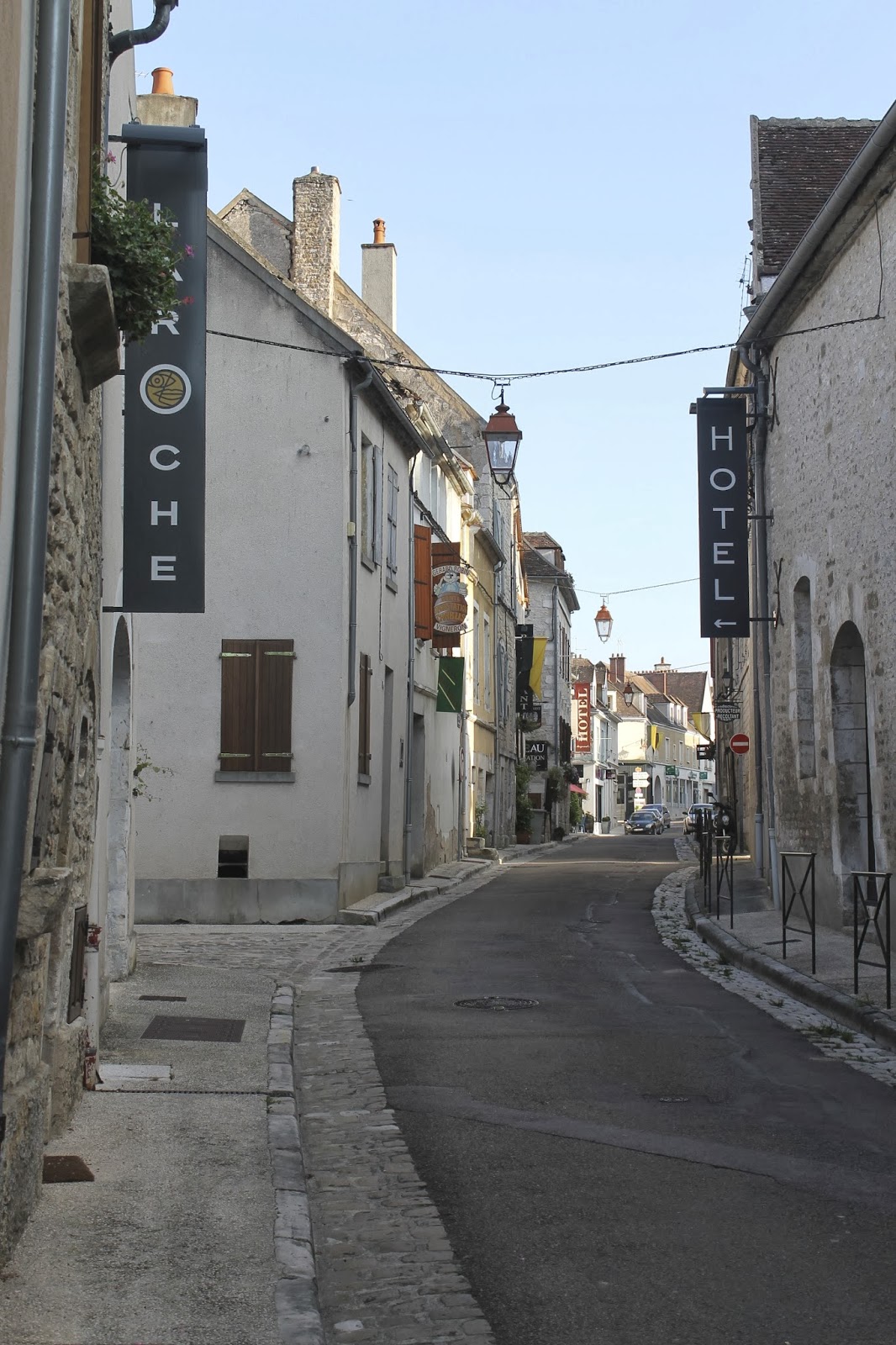 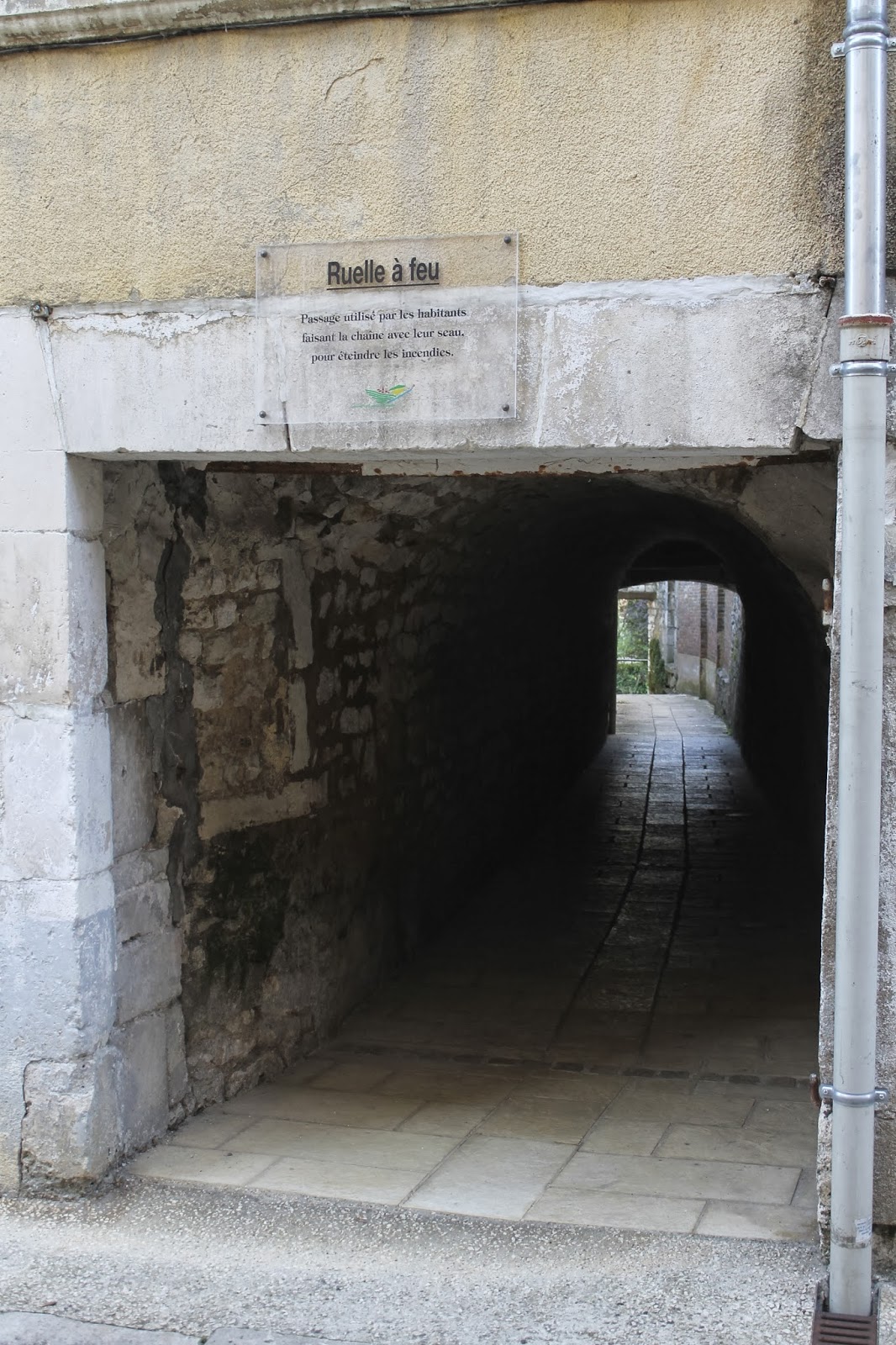 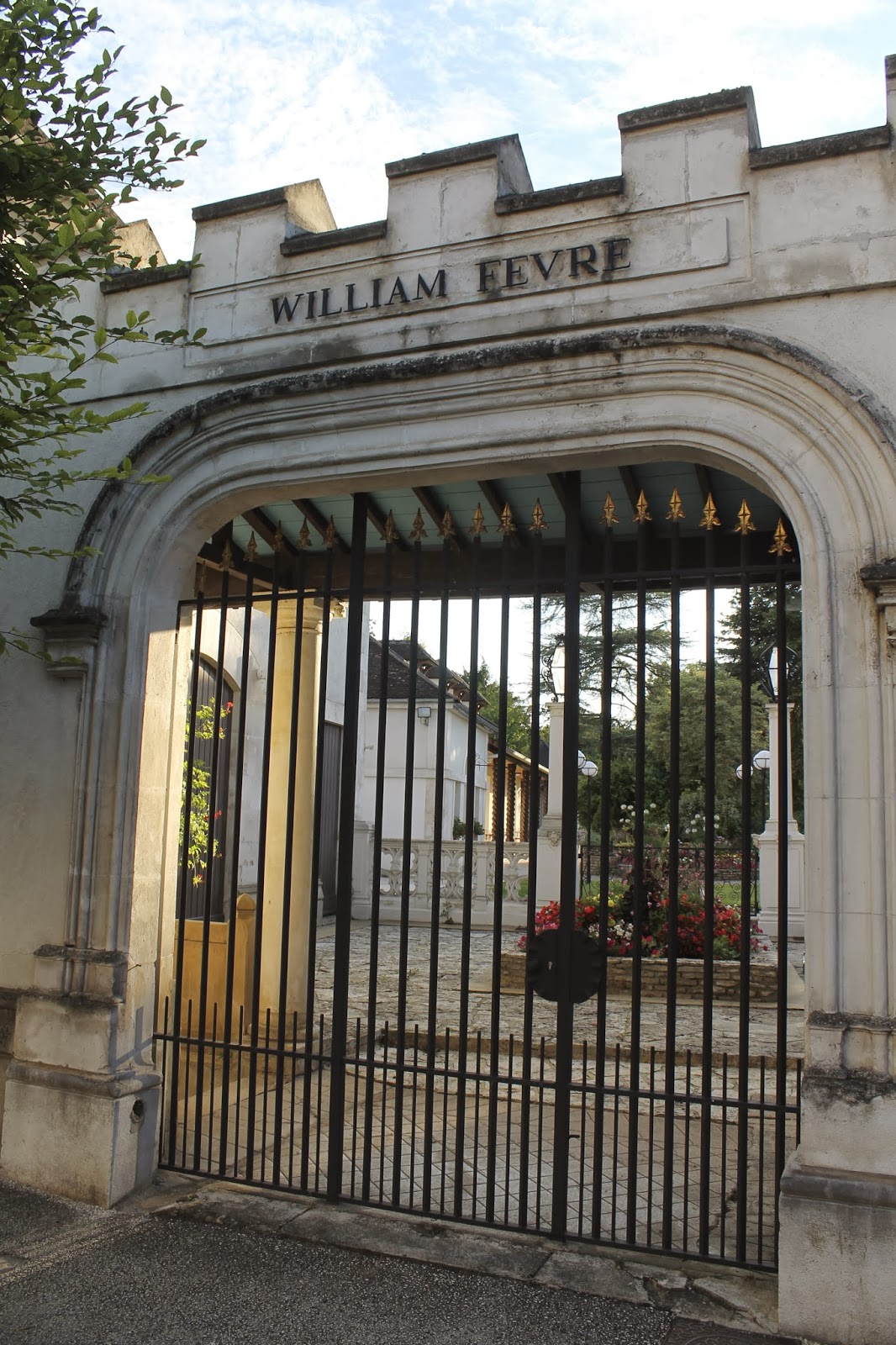 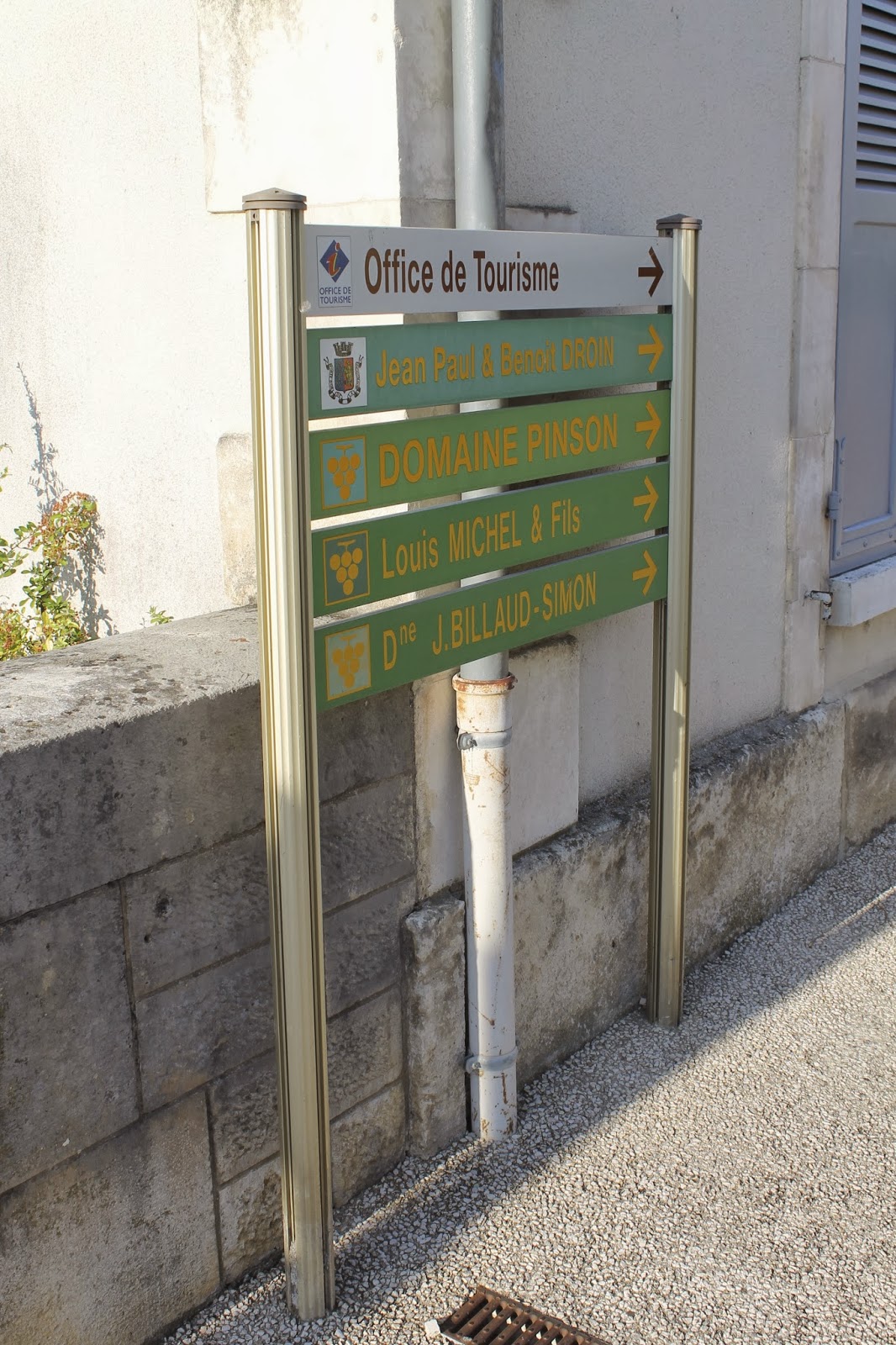 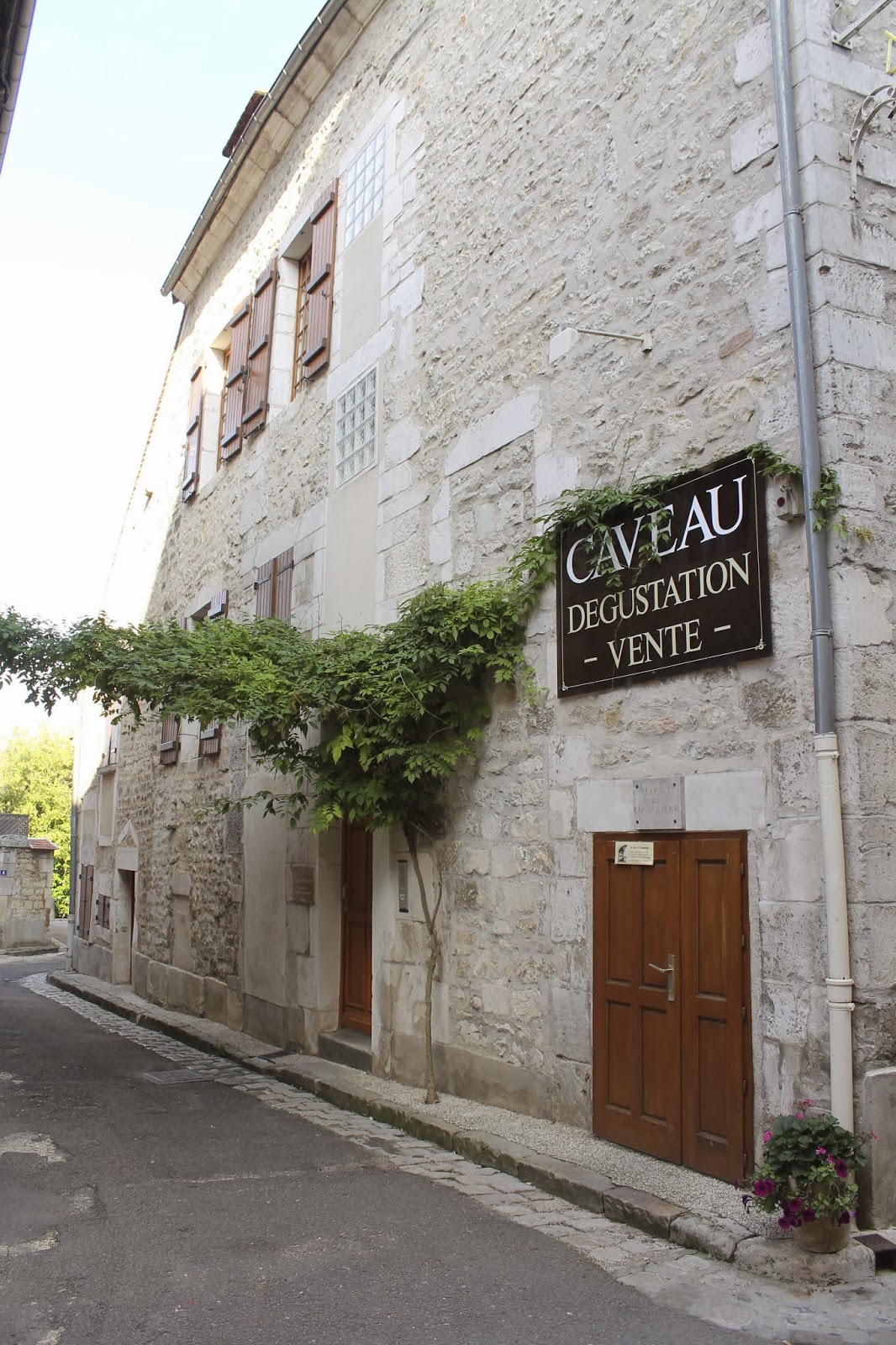 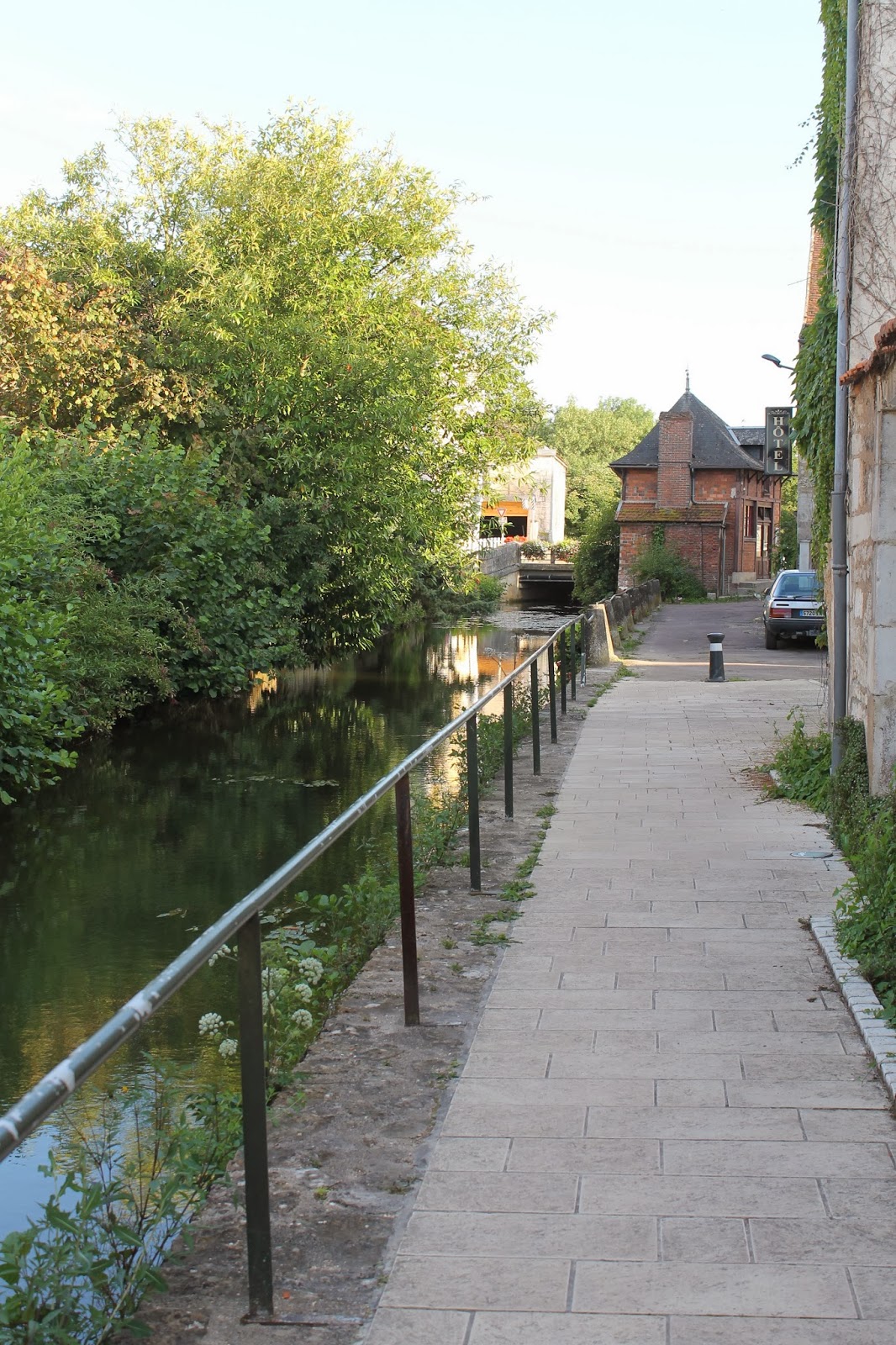 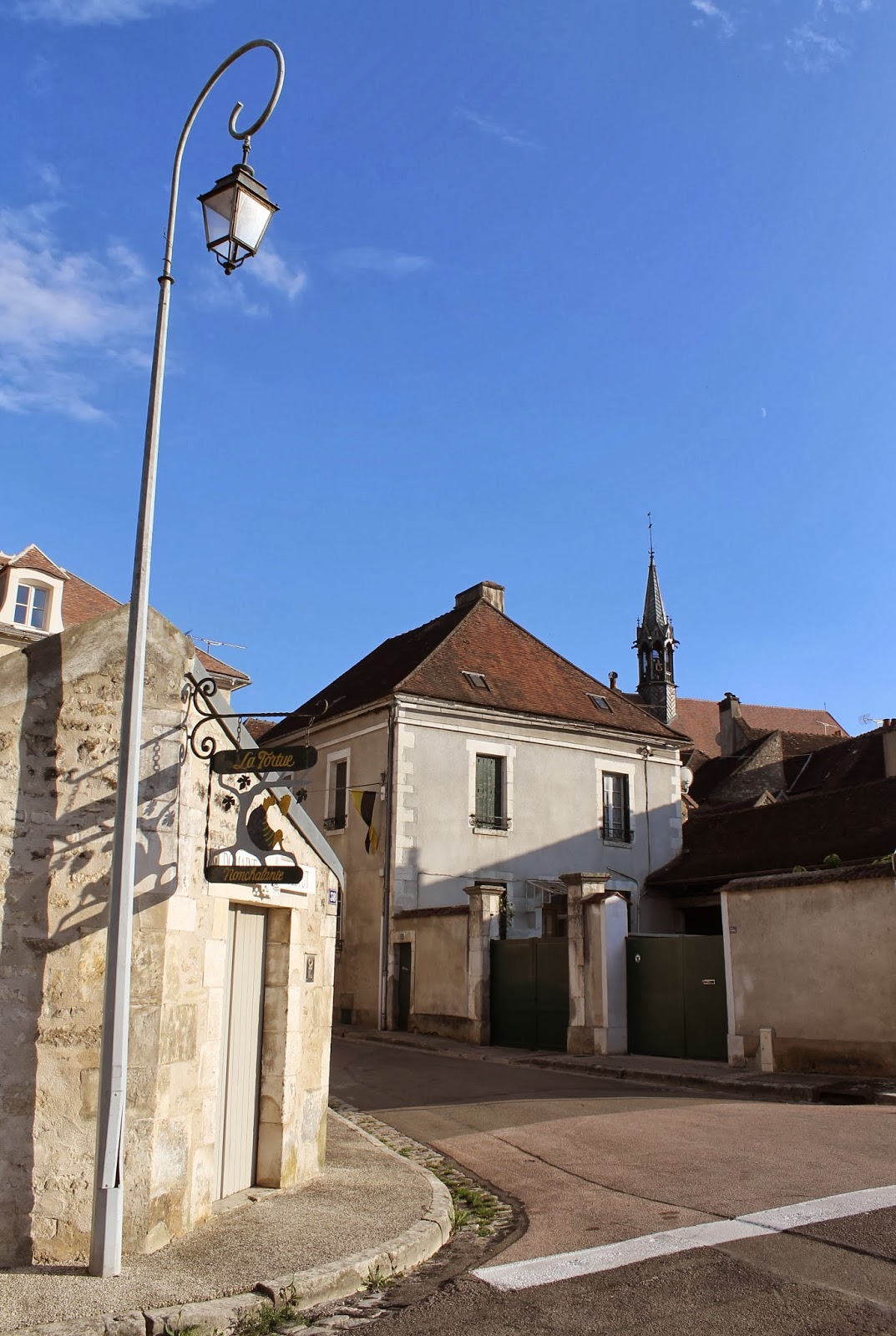 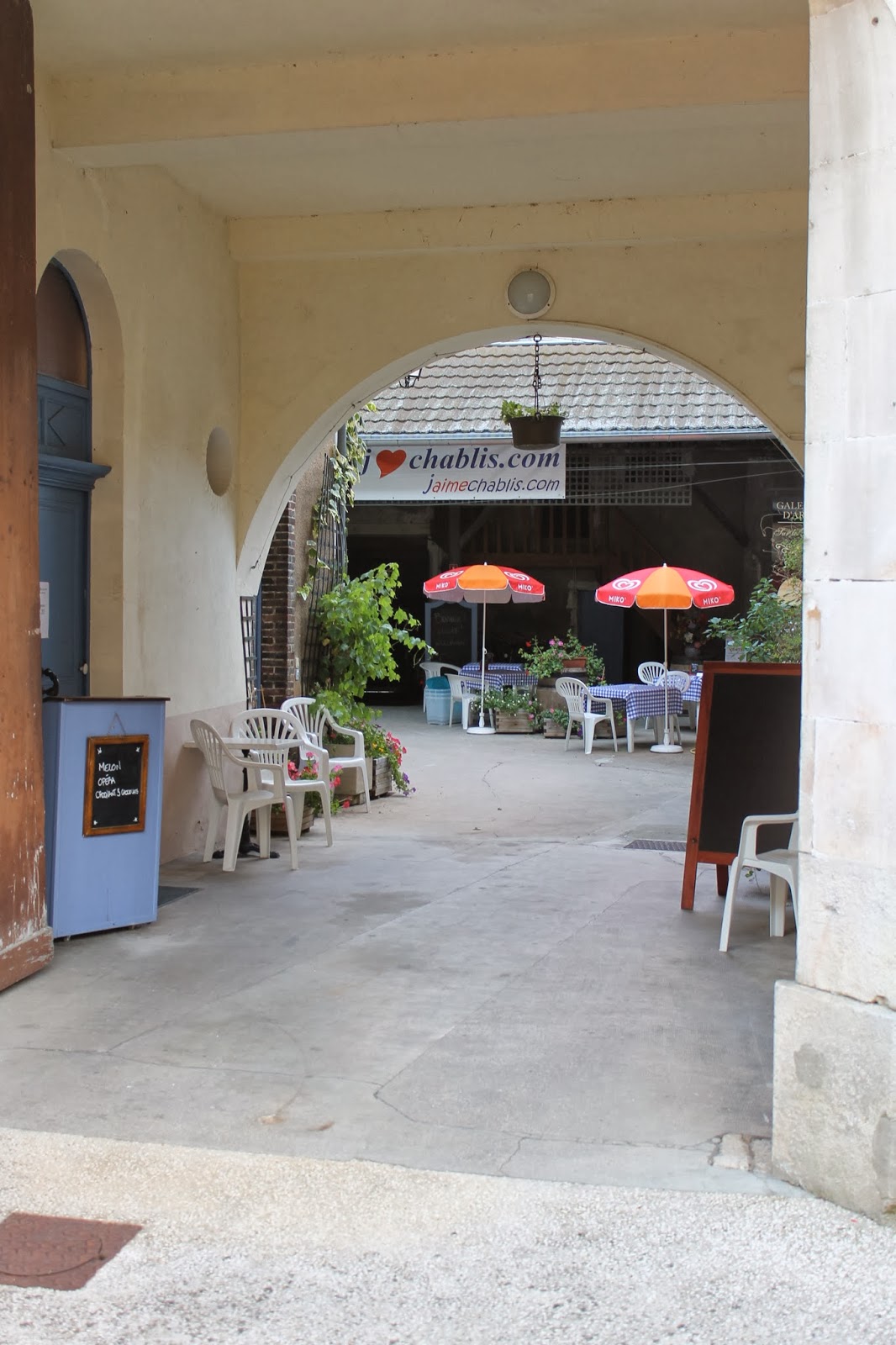 Posted by Lucy Bridgers at 07:04 No comments: 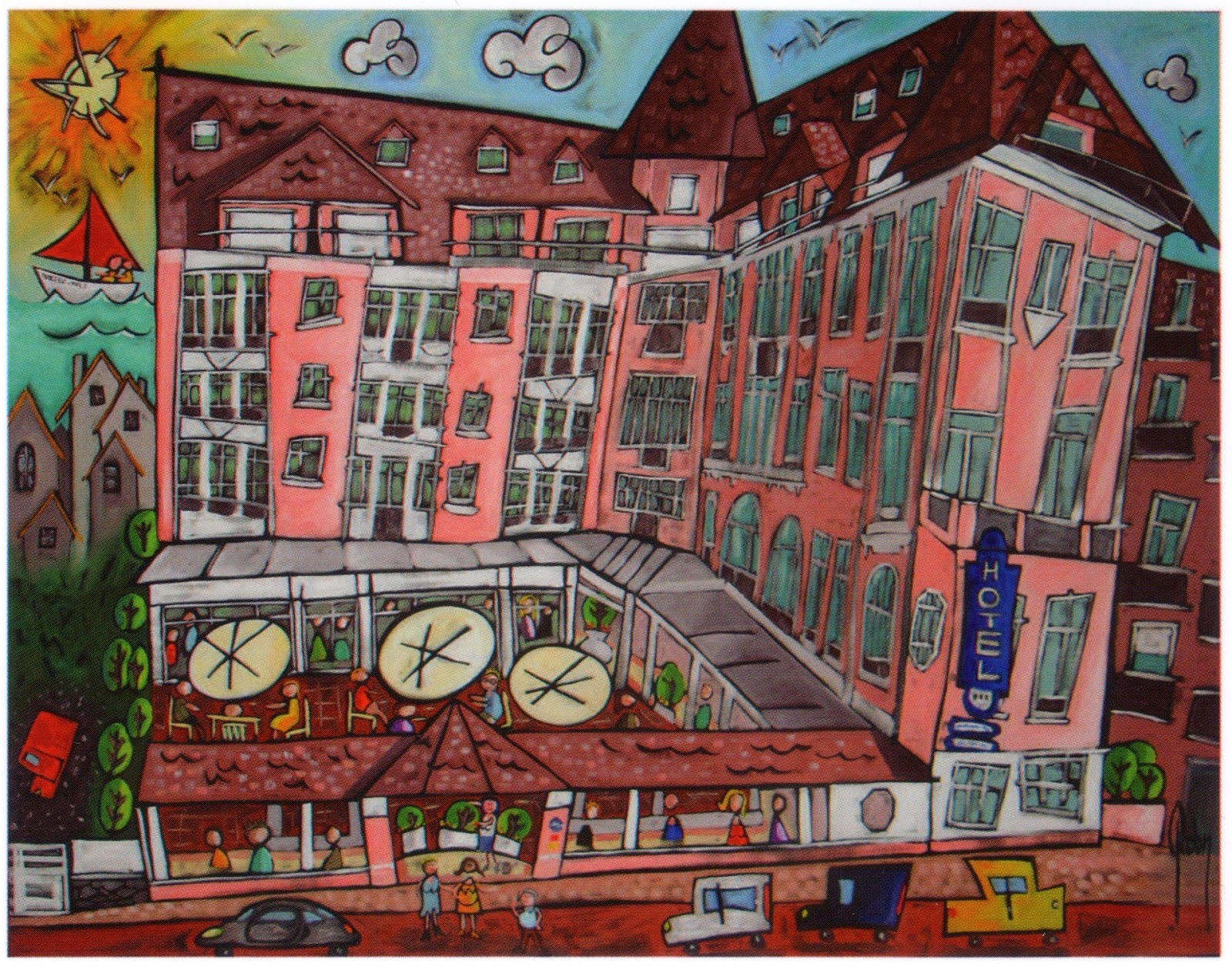 I've got the softest spot for Le Touquet. How could you not? It's full name is Le Touquet Paris-Plage and this retro resort is a short drive down the coast from Calais, almost within sight of the south coast of England. So, when I was planning our summer holiday last year, it was an obvious overnight stop after our lunchtime ferry from Dover. 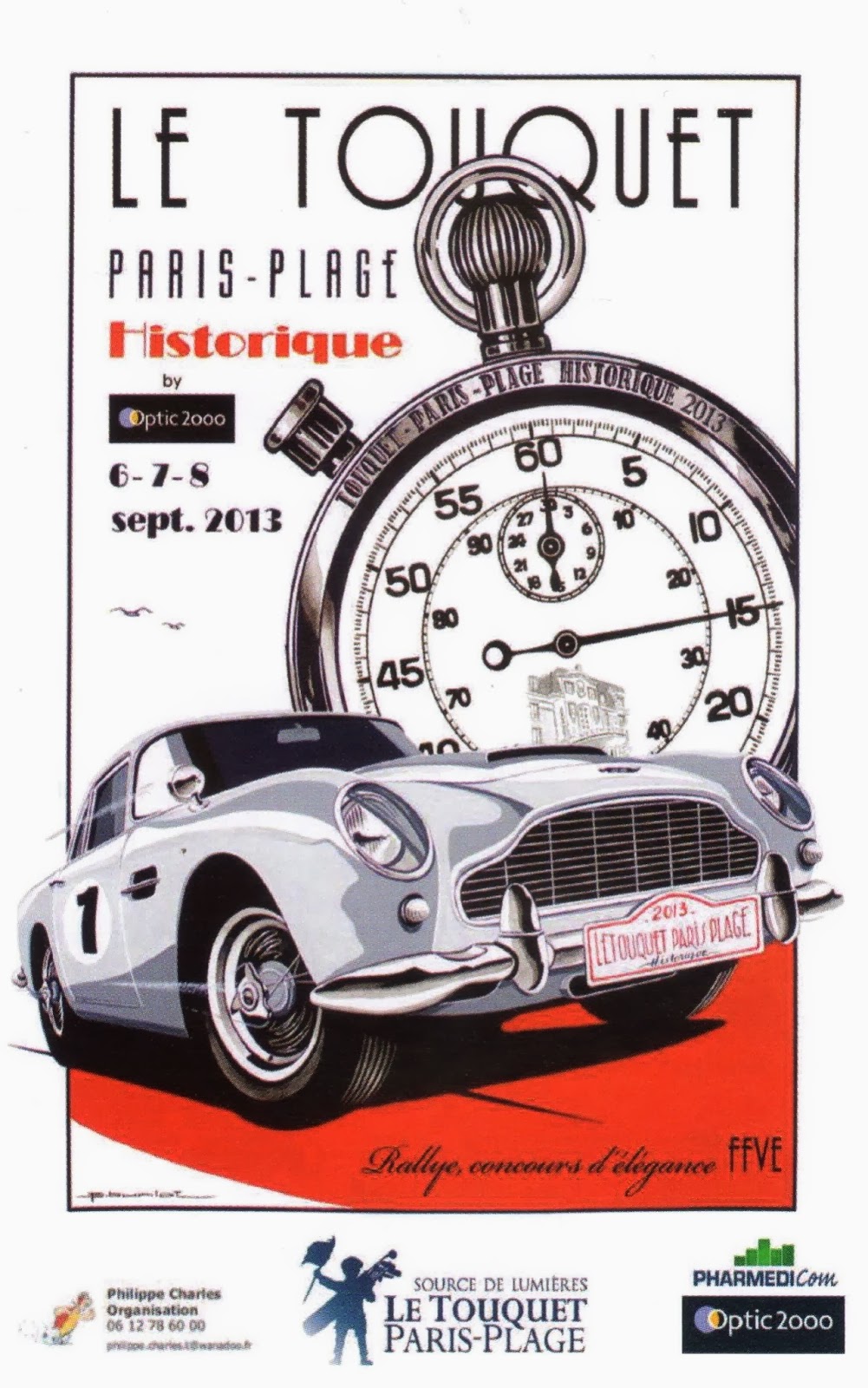 As its name implies, Le Touquet is one of France's oldest seaside resorts. With its pine woods, long, wide beach, golf courses, elegant avenues and quirky timbered buildings in the centre, it's easy to see why a century ago it became popular with Parisians looking for some refreshing, healthy r & r. Until F Scott Fitzgerald and his pals made the Riviera a fashionable summer destination in the 1920s and 30s, the beau monde decamped here and to other resorts along the Channel like Deauville, Trouville, Cabourg, Dinard and Dieppe. 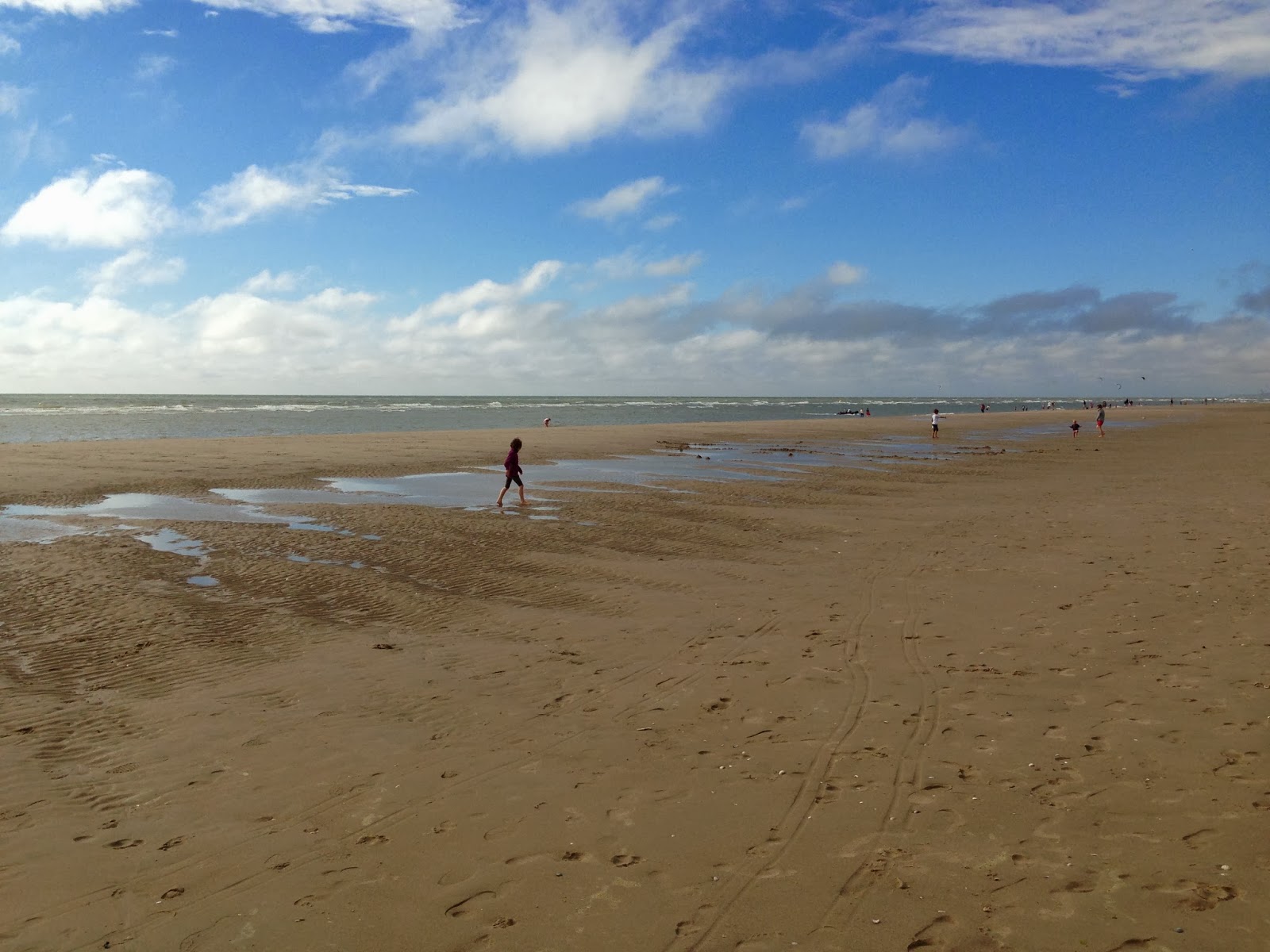 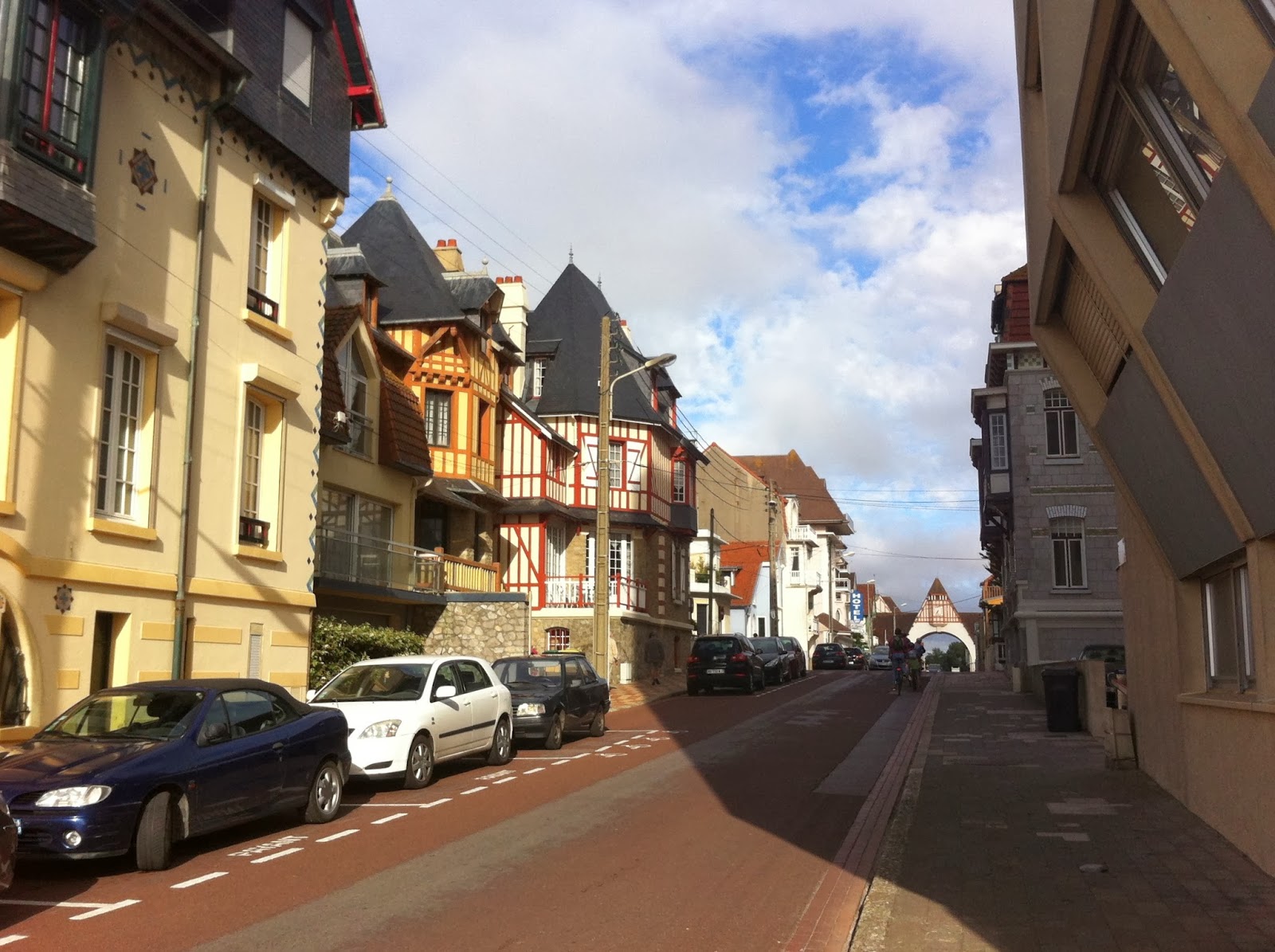 Given that we were travelling on a Sunday – and how in France so many restaurants close Sundays and Mondays (amazingly even during high summer) – it made sense to spend the night somewhere reliably lively. 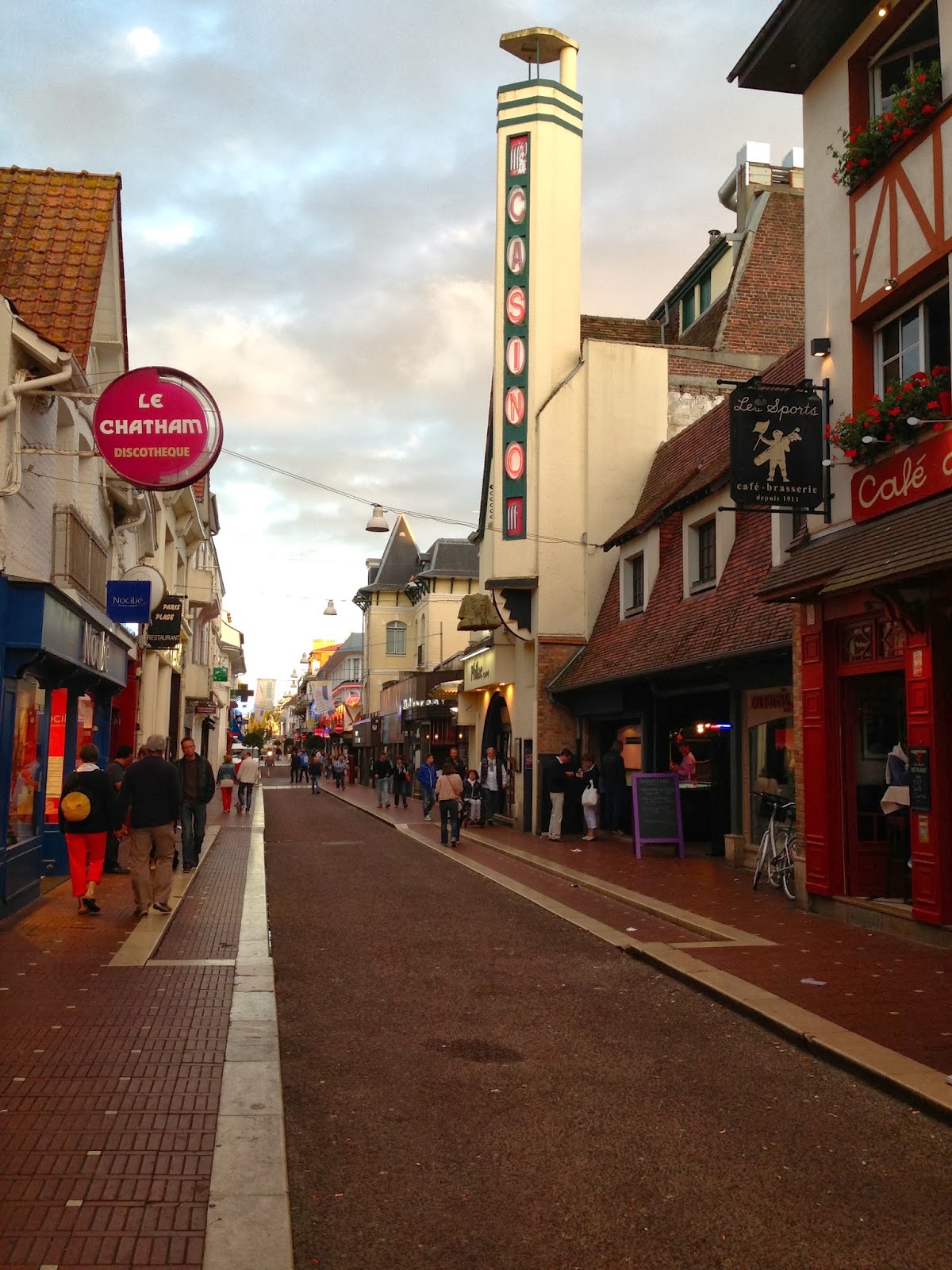 No risk of Le Touquet feeling quiet, the town marching band had been weaving through the streets and along the seafront and the town was buzzing. In one of Le Touquet's busy pedestrianised streets we had some bargain moules frîtes before carrying on strolling, finishing the evening with salted caramel crèpes. 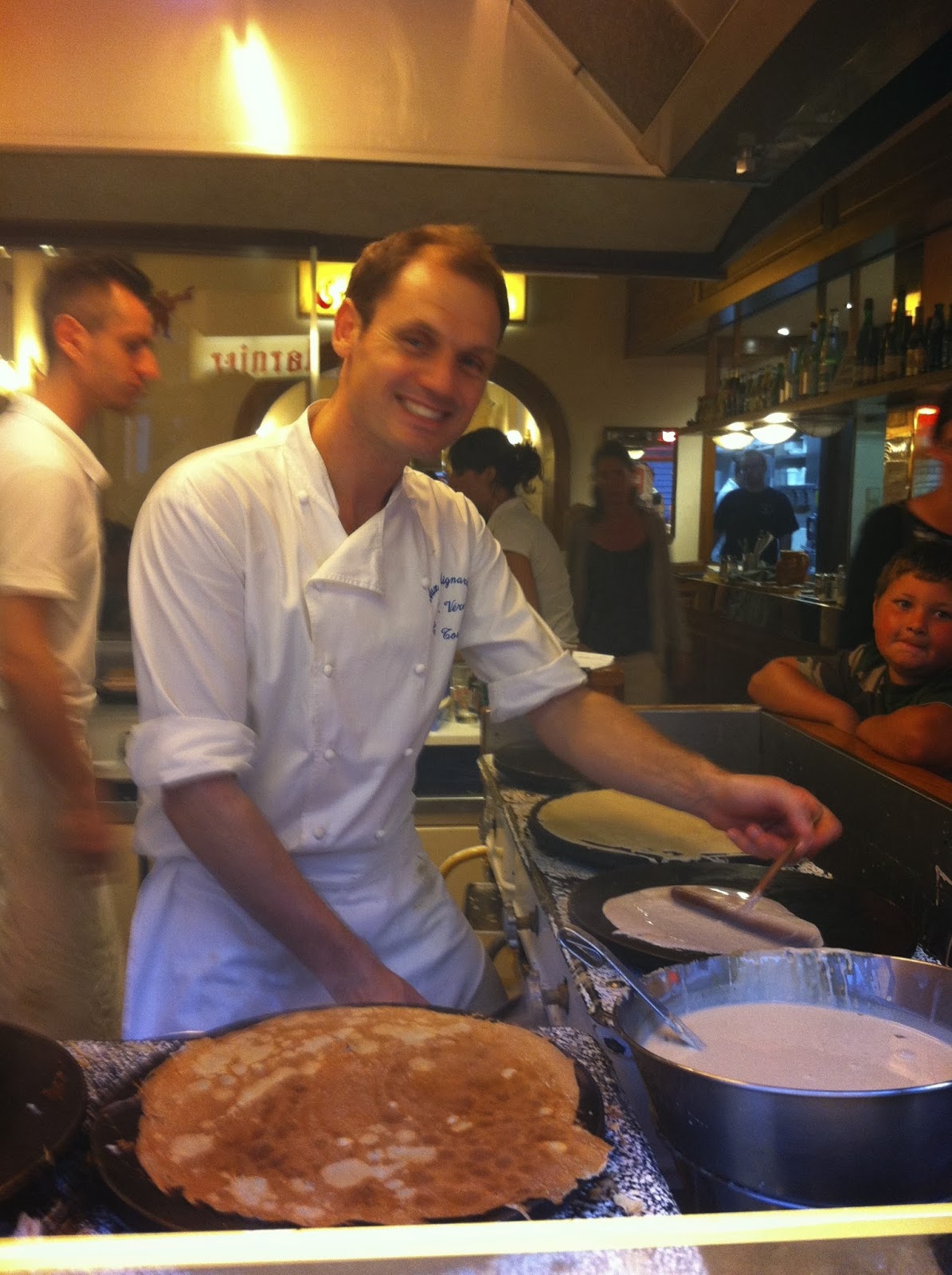 We spent a comfortable night at the Hotel Bristol – just the kind of place regular Le Touquet visitor Noël Coward might have approved of – before continuing our predictably 21st century journey towards the hot sunny Mediterranean.

Easy does it on Valentine's Day 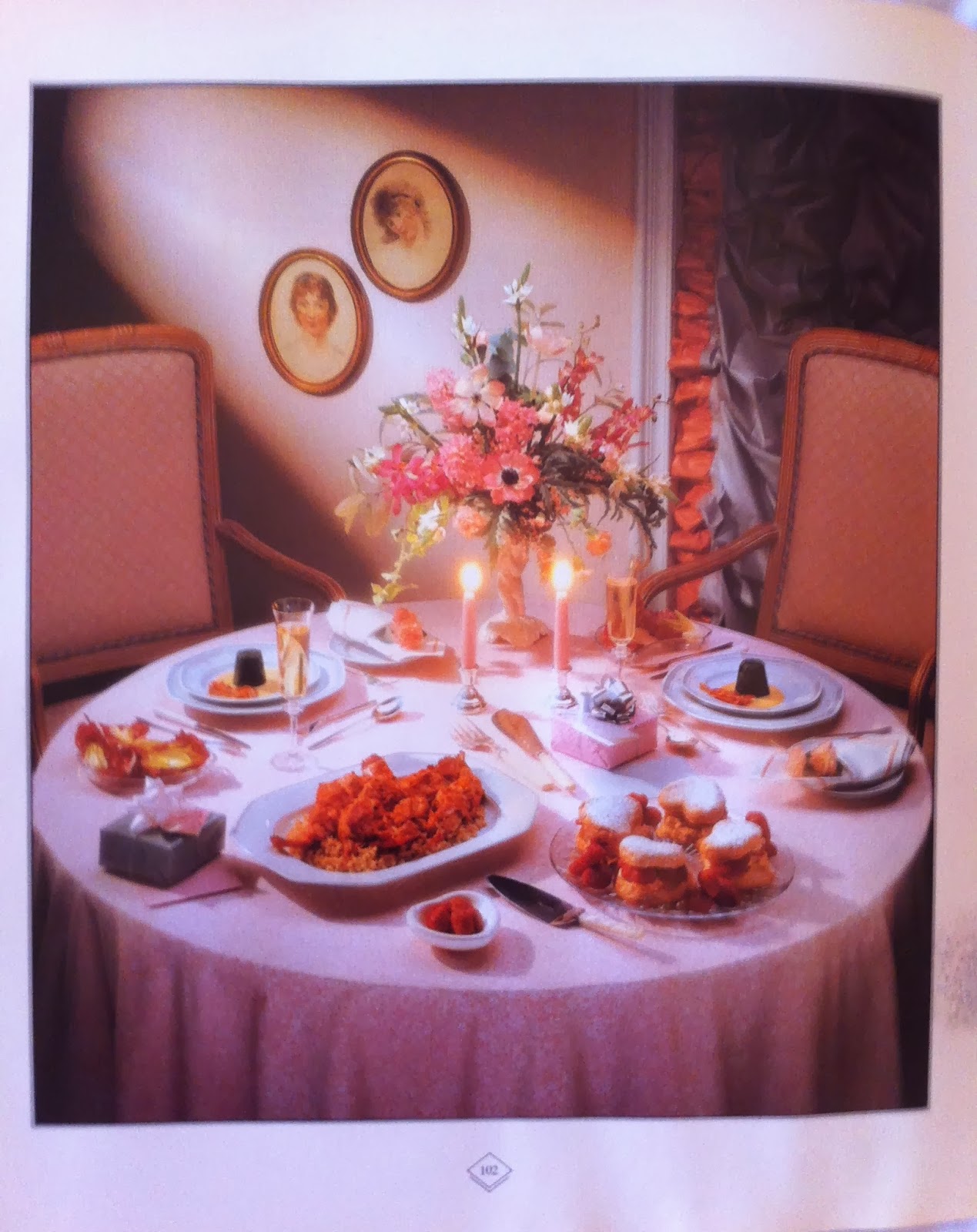 It's Valentine's Day, so we'll be staying at home with something easy to assemble and a bit special and, of course, something decent to drink. This year our 7-year-old will be enjoying some of it with us before she heads up to bed. 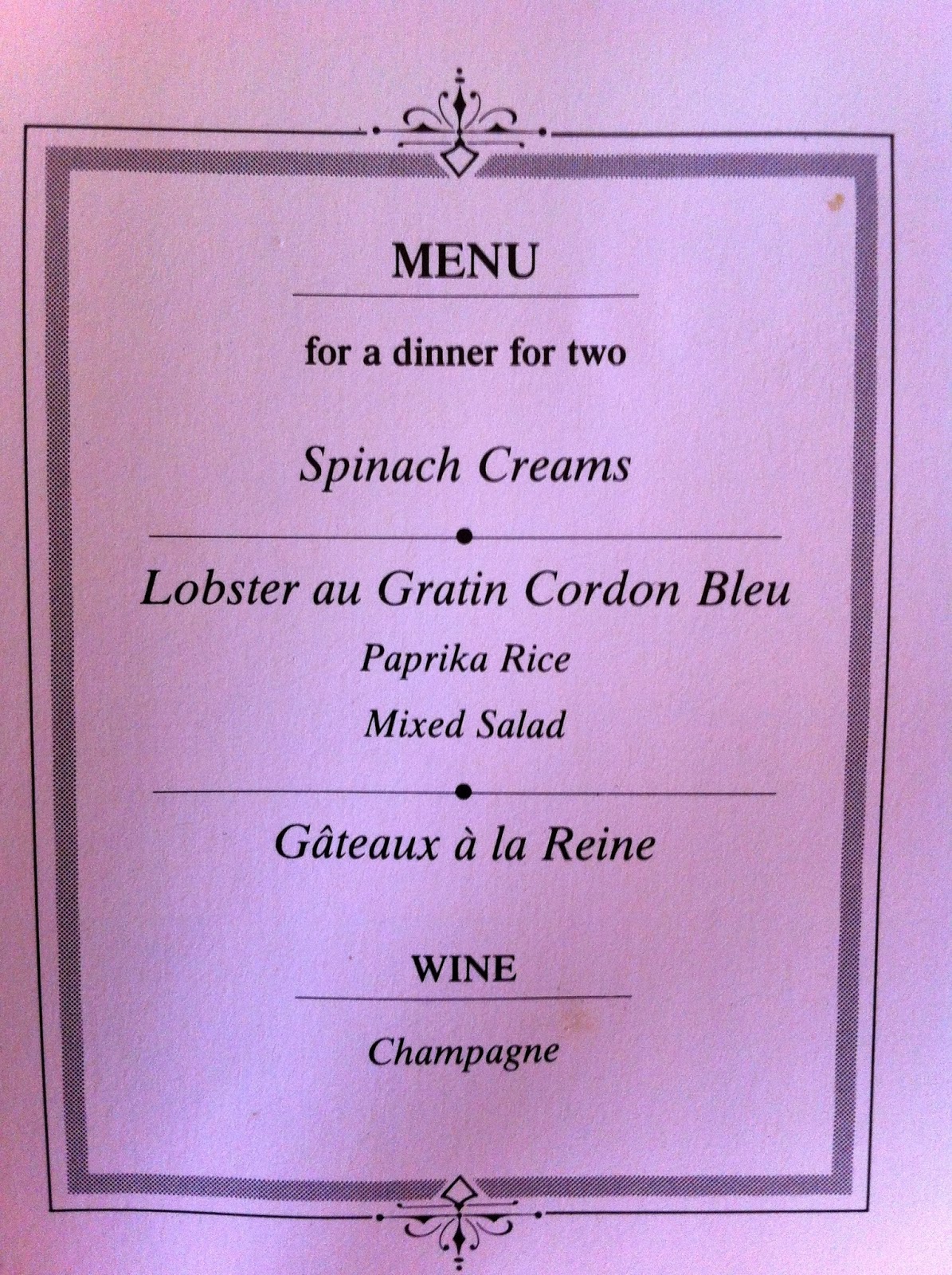 It has not always been this way. One year I cooked this a rather elaborate spread for an old boyfriend using recipes from the rather fabulous Cordon Bleu and Constance Spry Entertaining. It's well worth getting hold of a second-hand copy as it's a splendid period piece. Margot Leadbetter probably had a well-used copy on her kitchen shelf – handy for when Jerry's boss came round for dinner. Our meal was delicious, but very rich, and after lining dariole moulds with spinach, whipping up choux pastry hearts and cooking a live lobster, I wasn't up for much romance that evening. Lesson learned.

Another year, I recall being on a student trip to Paris which coincided with Valentine's Day and having to try to find our large group somewhere to eat in the Latin Quarter. The evening was dominated by trawling up and down Rue Mouffetard inquiring at candle-lit restaurants full of whispering couples whether they could accommodate 20 of us. Amazingly, we did find a large bistro happy to have us and we ended up having a jolly noisy time. Much more fun than the hushed tones along the street.

Anyway, back to this year. On the menu tonight will be brown shrimps to nibble before we three settle down to Chinese duck and pancakes (a kit from Waitrose). Then, once young miss has retired upstairs, N and I will be having veal chops, followed by mont blanc. Winewise, some youngish red Burgundy or cru Beaujolais should see us nicely through the meal, then maybe a drop of Samos Muscat.

Whatever you're doing, Happy Valentine's Day.
Posted by Lucy Bridgers at 04:17 No comments: