Last month I finally got along to the Quality Chop House in Farringdon a year after this historic site was taken over by *Will Lander and Josie Stead. Our timing was fortunate as they were still celebrating this anniversary and offering some rather special wines by the glass – Krug Grande Cuvée was a great way to kick off our meal (and, as it was the day after my birthday, difficult to refuse!)

We kept things simple by opting for the set dinner with accompanying wines. A selection of small starters including crab toast, chickweed, lemon; breaded lamb, green sauce (deliciously crunchy and tangy) and, particularly memorable, wild mushrooms, parfait, walnuts – a luscious autumnal combination. These were great with a naturally made Chenin from Touraine in the Loire Valley, Clos du Tue-Boeuf Touraine Petit Buisson. 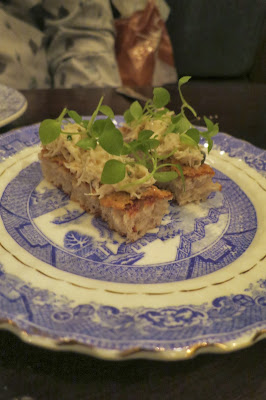 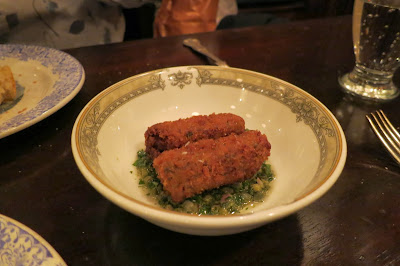 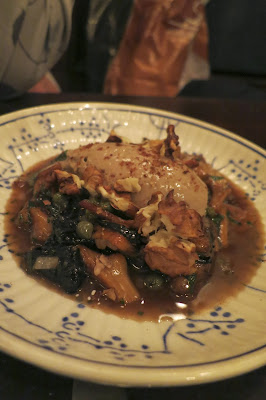 My friend Neil had the main on the set menu – Tamworth pork, fennel, beetroot, celeriac, purple kale and I had the special, roast mallard. Both dishes were cooked fashionably rare (I must say, I do get a bit squeamish about under-cooked pork, but it tasted beautifully tender and flavoursome). The mallard was rich and gamey, if a little bloody, but it came with more of the gorgeous parfait. I'd cooked mallard at home recently so I couldn't help comparing it with this, but our glasses of Blaufrankisch did both dishes real justice with its earthy fruit and crisp acidity. 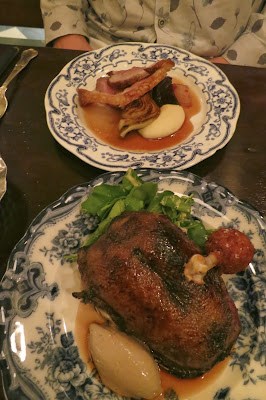 We nibbled some cheese and sipped some amazingly mature Rivesaltes (Château Sisquelle 1946 – a bargain at £8 for a 50ml glass) before finishing with an elegant slice of clementine and almond tart with cream and grapy, refreshing Moscatel from Malaga in southern Spain, 2007 Bentomiz 'Ariyanas Naturalmente Dulce'. A great end to an excellent meal. 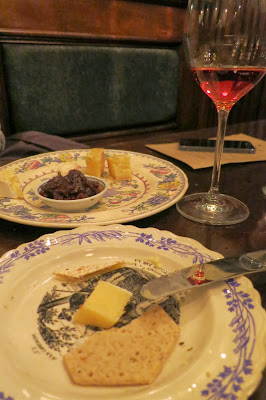 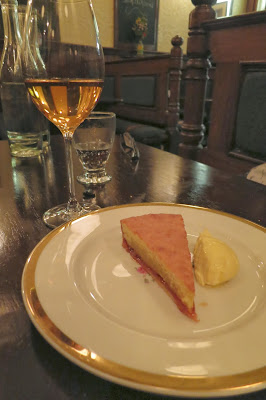 The set dinner costs £35 and the fascinating selection of wines is affordably priced with small margins. As soon as you walk through the door you feel you are in safe hands and it was a pleasure to be eased through our meal a such a charmingly capable manner. Just go for it. (Which is what we did – despite me leaving my wallet at home and arriving red-faced, so a huge thank you to Neil for treating me!)

*Will Lander is the son of Jancis Robinson and Nick Lander, ex-restaurateur, consultant and Financial Times columnist, so quite a pedigree.

Posted by Lucy Bridgers at 06:24 No comments: 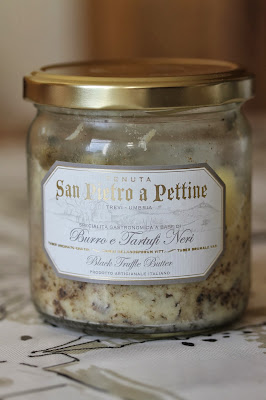 This rather glamorous treat was a wedding anniversary gift from my husband last month and it really has been the gift that keeps on giving. The sheer pleasure of simply untwisting the lid and inhaling the powerful fragrance is amazing in itself, yet it lends itself to so many things. Anointing baked potatoes or plain pasta are obvious options or slipping it between the breast and skin of a chicken, but how about frying eggs in truffle butter? Total bliss. It transforms food instantly.

If you're wondering what to give foodie friends for Christmas, look no further. Thank you darling!
Posted by Lucy Bridgers at 04:56 No comments: 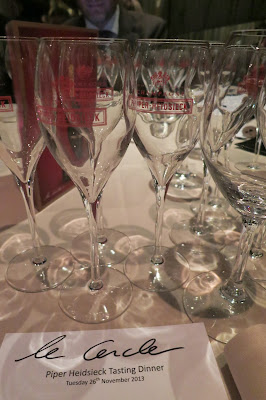 Last week I got my first proper taste of Christmas when I emerged from Sloane Square tube station and gazed at all the glamorous Christmas decorations. The trees in Sloane Square sport large tasteful twinkly stars and Peter Jones in the background is draped with lights. My short walk up Sloane Street was just as festive as I headed to Le Cercle restaurant as a guest of Piper-Heidsieck Champagne.

Piper has had quite a playful, partying image, however, cellar master Régis Camus recently received the International Wine Challenge Sparkling Winemaker of the Year trophy for the eighth consecutive time. New owners EPI, who bought the house from Rémy Cointreau in 2011, seem keen to place more emphasis on the quality of the wine itself – we were served several with dinner and they stood up beautifully (much better than the simple party pop you might have expected in the past). The wines are Pinot dominant and a generous proportion of reserve wine is included in the blends resulting in richer, complex tasting fizz closer in style to stable mate Charles Heidsieck (also run by Régis Camus). 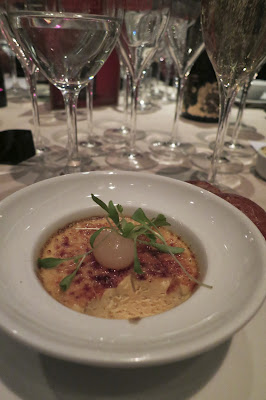 The wines all showed well, but the highlight of the evening was Piper-Heidsieck's prestige cuvée Rare from the 2002 vintage. This was served with foie gras crème brûlée, lemon brioche and cardamom crust: all very luxurious. Finely structured with layers of complexity and, although drinking well now, it will age magnificently for several more years. (It's currently in this rather blingtastic bottle, although the new owners might tweak the packaging in future.) 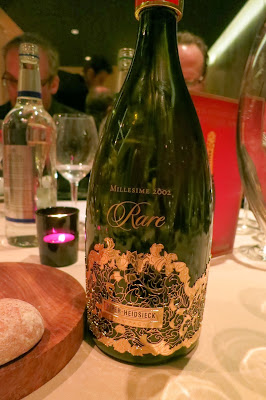 The main course, roasted monkfish, glazed celery and lovage, was served with the soon to be released vintage 2006: although it was overshadowed by the Rare 2002, it was rich and muscular and a good pairing with the fish. The cheese course, chic carnation like rosettes of Ossau Iraty with mandarin (and a 'smoked Lillet' foam), worked very well with Cuvée Sublime (demi sec). 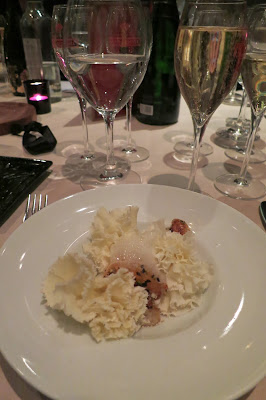 The dinner ended with the classic French pairing of pink fizz and dessert (in this case white chocolate parfait with frosted strawberries). For me, this never works as the wine isn't sweet enough, but I was really taken by the deeply coloured, bold vinous style of the Piper's Rosé Sauvage. I could imagine it with charcuterie, steak tartare or at a smart picnic. Distinctive stuff. 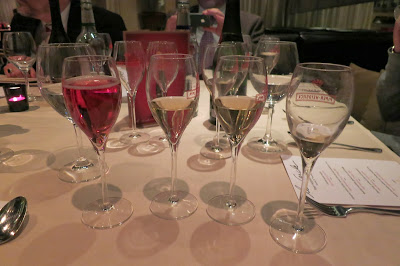 Piper-Heidsieck have other events planned for the Christmas season including tastings with cheese and charcuterie at Searcy's Champagne Bar at One New Change at 6.30pm on Tuesday 10th and Monday 16th December (£39). For more information mail: events@searcyschampagnebars.co.uk. Searcy's Champagne Bars will also be serving a broad range of Piper-Heidsieck by the glass.

I attended as a guest of Piper-Heidsieck and First Drinks. For information about future wine dinners at Le Cercle check their website. This tasting dinner cost £49 per head.