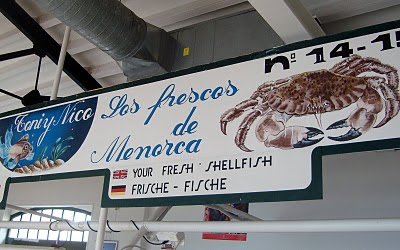 At long last we've had some sunshine here in London, but it's still feeling much too cold. But at least our little family recently had a very enjoyable change of scene. We (husband Nathan, three-year-old daughter Alice and I) uprooted for half-term and spent a week in Menorca. We were visiting family on the island and rented an apartment in Mahon (Maó) and were well prepared for cold, winter weather as snow had fallen a few days earlier. 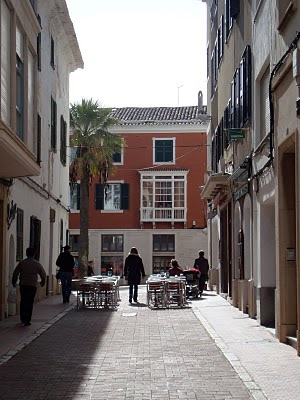 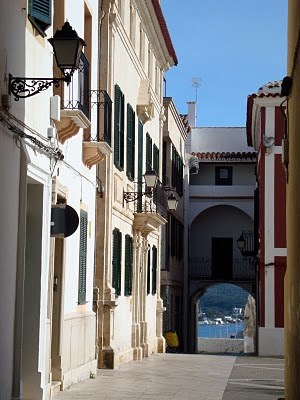 Just to set the scene, Menorca is the least developed Balearic island, despite having more beaches than Ibiza and Mallorca put together, and in February had a relaxed, out of season atmosphere. It was cold and sometimes wet but, as you can see from the pictures, some days were bright and clear. We sensed a calm continuation of normal, day to day life. Driving from one end of the island to the other takes about an hour and Mahon (see pics above) was an ideal base for exploring Menorca (although you definitely need to hire a car at this time of year). This elegant town, in the east of the island, is dominated by its spectacular harbour (the second deepest natural harbour in the world). It became the island's capital during British rule and was a key naval base during the 18th century, whereas the historic capital is Ciutadella on the western side. It's another port and it retains a somewhat haunting air of faded grandeur (see below). 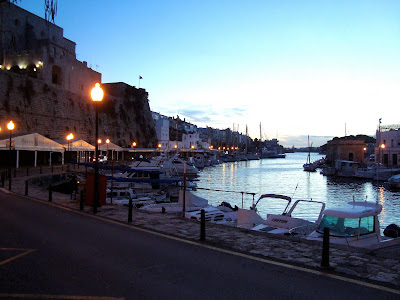 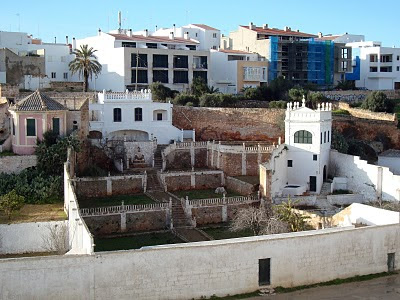 Menorca has several layers of history in addition to having been a British colonial base. There is tantalising evidence of early civilisations as standing stones or 'taulas' are dotted around the countryside. Furthermore, the island was important to the Romans and later the Moors. Returning to the present day, in common with other Balearic islands, Catalan influence is strong and Spanish (Castellano) is often only spoken as a second language after Menorquí (a variant of Catalan). The British influence also continues as it remains a popular holiday destination and many Britons are resident on the island. Interestingly, as an ongoing legacy of British colonialism, gin is still produced here and is drunk widely by Menorquins (and will be covered more fully in a separate post). 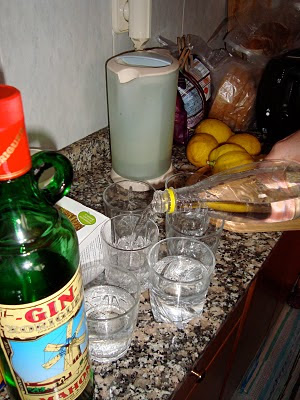 As usual, I was keen to go food shopping and try out local ingredients and specialities and, luckily for us, Mahon's main markets in the Plaça d'Espanya were just moments from our apartment. 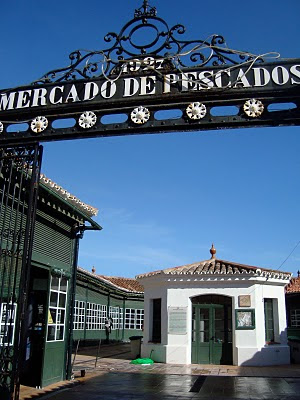 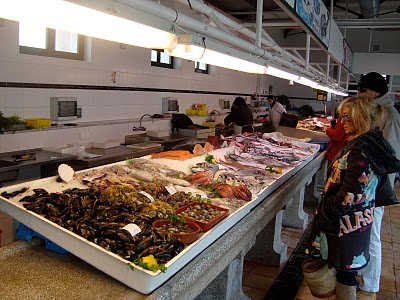 Bright eyed, super-fresh fish and seafood was displayed on granite counters in the horseshoe-shaped fish market and a wide range of local produce was available at the main market in an attractive building that was formerly church cloisters. Great buys include squid, Mahon cheese, membrillo (quince paste to accompany cheese), chorizo, sobrasada sausage and local patisserie (especially the distinctive spiral ensaimada – great with strong coffee). 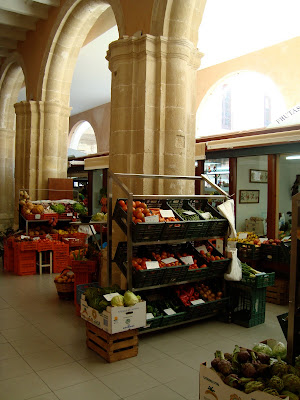 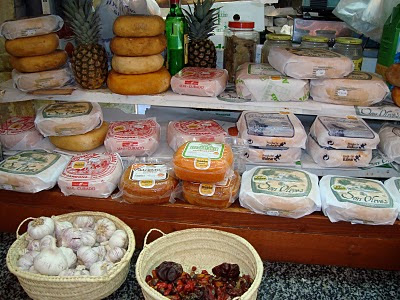 Lemons were very much in season during our stay (but ours came from my mother-in-law's garden and were the best I've ever tasted). On the lower floor there's a supermarket open from 10am from 10pm with a comprehensive range (including something I'd never seen before – loose frozen seafood). Here we stocked up on basic items and drinks, including good value staples from Torres, Faustino Rioja, Codorníu Cava, Estrella beer, local Xoriguer gin and a bargain bottle of Pedro Ximenez from 1927 that cost us just less than 10 Euros. We enjoyed this poured over vanilla ice cream, as well as sipping it on its own at the end of the evening. Some wines are produced locally and what we tasted was quite typical of Catalan reds (similar grapes are planted here), but prices appeared high at nearly 20 Euros a bottle (perhaps aimed at the tourist market?). 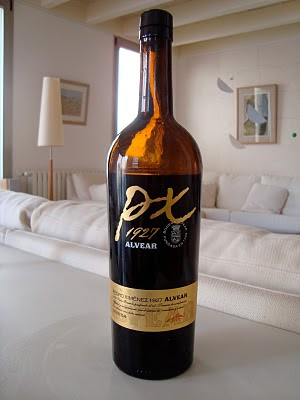 Around town there were some notable shops, my favourite being a rather chic patisserie, Moll Dolç in the Carrer de l'Angel, and it turns out that some bars double as off-licences and offer food to take out. We discovered this just after arriving in Mahon, quite late on a Friday night, when my husband popped out for some provisions and returned with some melt-in-the-mouth hand sliced Iberico ham and a smart Catalan red. A memorable start to an unexpectedly satisfying week. 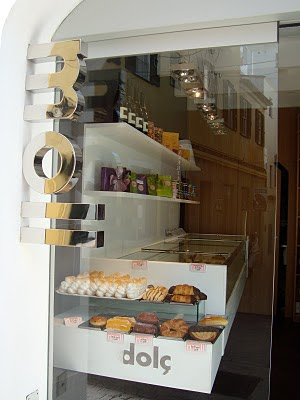 As a sort of post script, I shouldn't forget mayonnaise or 'salsa mahonesa'. The story goes that the recipe was taken back to France after the 3ieme Duc de Richelieu defeated the British at Mahon. Of course, we couldn't resist tasting it in situ, and here is Alice tucking into some alioli with salt cod croquetas and a sobrasada bocadillo in the El Muelle tapas bar by the port (Moll de Llevant). 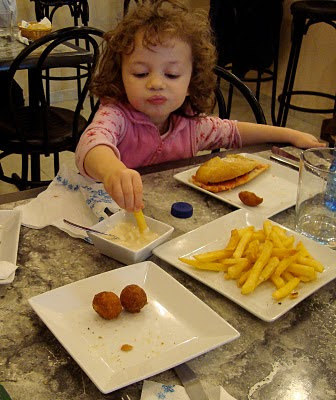