Vino-Lok: an unexpected thrill for a wine nerd 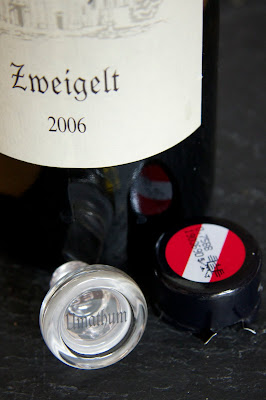 This is where I have to declare myself as quite a serious wine nerd. I have been working in the wine business for nearly two decades, but my fascination with the subject predates that considerably. 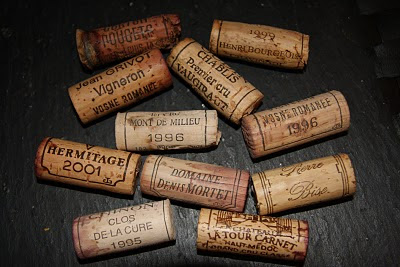 Early on something in me clicked regarding wine. By the time I was 12 I was collecting wine corks and I remember clearly how this started. My family had been having lunch with some close friends and I noticed how the wine cork had a picture of the château on it, as well as the name of the producer and the date. It was also long and rather handsome looking. It turned out that our friends had had a case of the wine and still had most of the corks. As I was interested, they gave them all to me. As a set, they looked really impressive – and these were just closures for wine, let alone the bottle or label. Pretty smart, I thought. I now have hundreds of corks and, as the years go on, I've become increasingly discriminating. Corks I keep now tend to be cherished souvenirs of spectacular bottles (although others still slip through the net for sentimental reasons).

Consequently, I've also taken an interest in developments in wine closures and the rise in popularity of alternatives to cork due to the prevalence of TCA (corked wines). Screwcaps fall way behind corks on the romance stakes, but are well suited to a large proportion of wine and generally work reliably (unlike cork). I can understand, though, that if you are producer of top-end wines and are looking for something with more of a sense of occasion, you might consider other options. 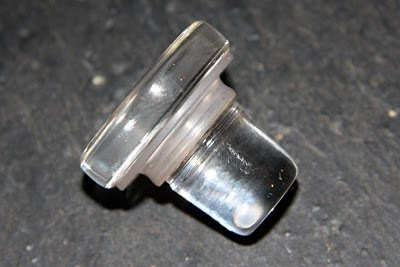 Recently we had some friends round for dinner and, while I was opening one of the wines, I had a thrilling experience (for a wine nerd). An interesting bottle I'd bought in Vienna a couple of years ago turned out to be sealed with a Vino-Lok. I had never come across one before and was I excited! We were with non-winey friends, and they just had to bear with me. I can't yet bring myself to dispose of the bottle and I certainly won't be getting rid of the gorgeous glass stopper. It is a thing of such elegance and beauty (please excuse all the pictures). It's easy to handle and feels luxuriously heavy. A number of notable producers are using them (I've seen references online to Domaine Weinbach and Calera), as well as Schloss Vollrads who has been leading this vanguard for a while. They are easier to come across in Germany and Austria. Mine came from Umathum in Burgenland, bought from one of the wonderful Wein & Co wine shops/bars in Vienna. 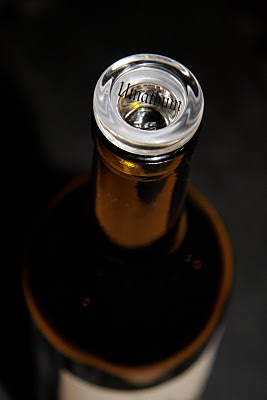 The Vino-Lok (or Vino-Seal) is manufactured by Alcoa Deutschland and is used with the Dupont Elvax sealing ring. Apparently the cost is about the same as that for a high quality cork.