Mahon, Xoriguer gin and a taste of British naval history 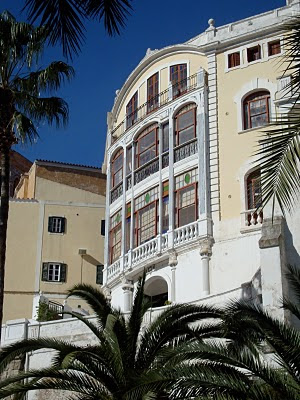 While staying in Mahon earlier this year, an unexpected treat was a visit to the Xoriguer gin distillery. I particularly like gin and I hadn’t realised Menorca had a tradition of producing it. I’d been familiar with Larios from southern Spain as I used to sell it back in my Oddbins days in the early 1990s, but Menorcan gin has been a very welcome recent discovery. I didn’t expect it to be so good or to have such an interesting history. 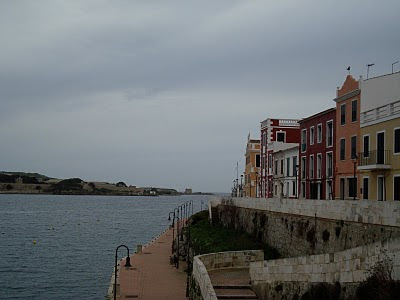 Es Castell at the mouth of the harbour, looking out to sea
For a number of centuries Mahon has been of great military significance due to its enormous natural harbour, and in the 18th century it became the capital of Menorca while the island was under British rule. The city’s distinctive Georgian architecture is an elegant legacy of this period, as is gin; while stationed on the island, the high-ranking naval personnel didn’t want to forego their favourite tipple, so distilleries opened locally in response to this market. (Port Mahon features in Patrick O’Brian’s Master and Commander from the Aubrey-Maturin series.) 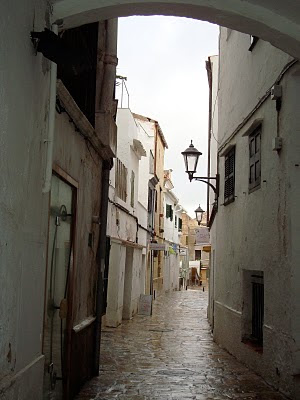 An alley in Mahon leading down to the harbour 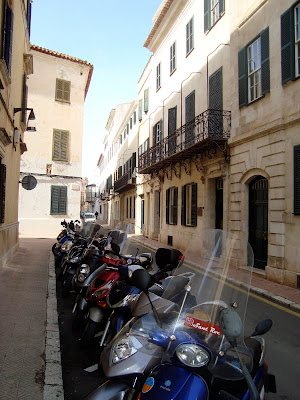 A Mahon street
By the time British rule and naval presence came to an end in the 19th century, the taste for gin was well established on the island, although during the 20th century the number of distilleries dwindled and Xoriguer is the only one to remain. 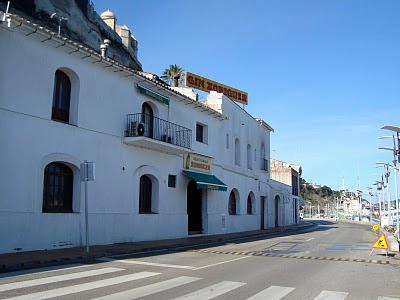 Standing outside this historic building down on the quayside of Mahon, you immediately appreciate the vast scale of the harbour and how the city perches practically overhead, keeping watch for any unwanted visitors. 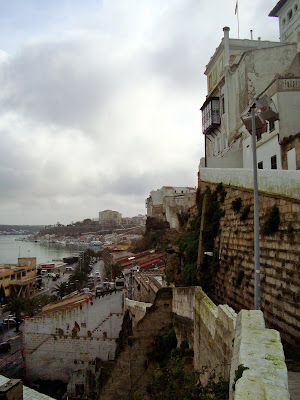 The Xoriguer distillery is worth a quick visit to see the traditional old stills and to taste the range that includes liqueurs (coffee: particularly good) and make purchases in the shop. Xoriguer gin is marked by its pure, aromatic style, dominated by juniper, with a ‘secret’ mixture of herbs. 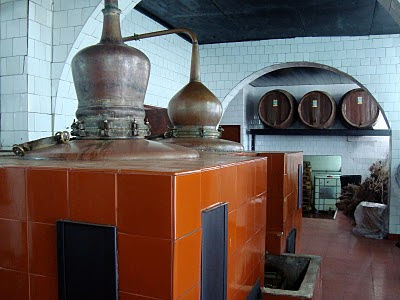 A couple of the old stills, with American oak barrels in the background 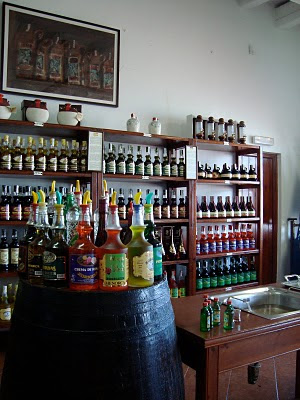 The tasting area in the shop
Unlike most gin, it is based on grape spirit and is made traditionally on a small scale of 500,000 litres a year (Gordon's produce over a million cases a year), without the use of any additives. It is easy to sip neat (at only 38° proof) and is served locally mixed with bitter lemon (pomada), lemonade or with a small splash of soda or tonic and a slice of lemon. In our case we had the privilege of enjoying Xoriguer and tonic with lemons freshly picked from my mother-in-law’s garden, who we were visiting at the time – bigger and more intensely lemony than any I’d ever tasted. Total bliss for such a gin and tonic lover. Now, where's my glass...
Destilerias Xoriguer
Anden de Poniente
91 Mahon (Menorca)
http://www.xoriguer.co.uk/
http://www.thedrinkshop.com/products/nlpdetail.php?prodid=2713
Posted by Lucy Bridgers at 03:32