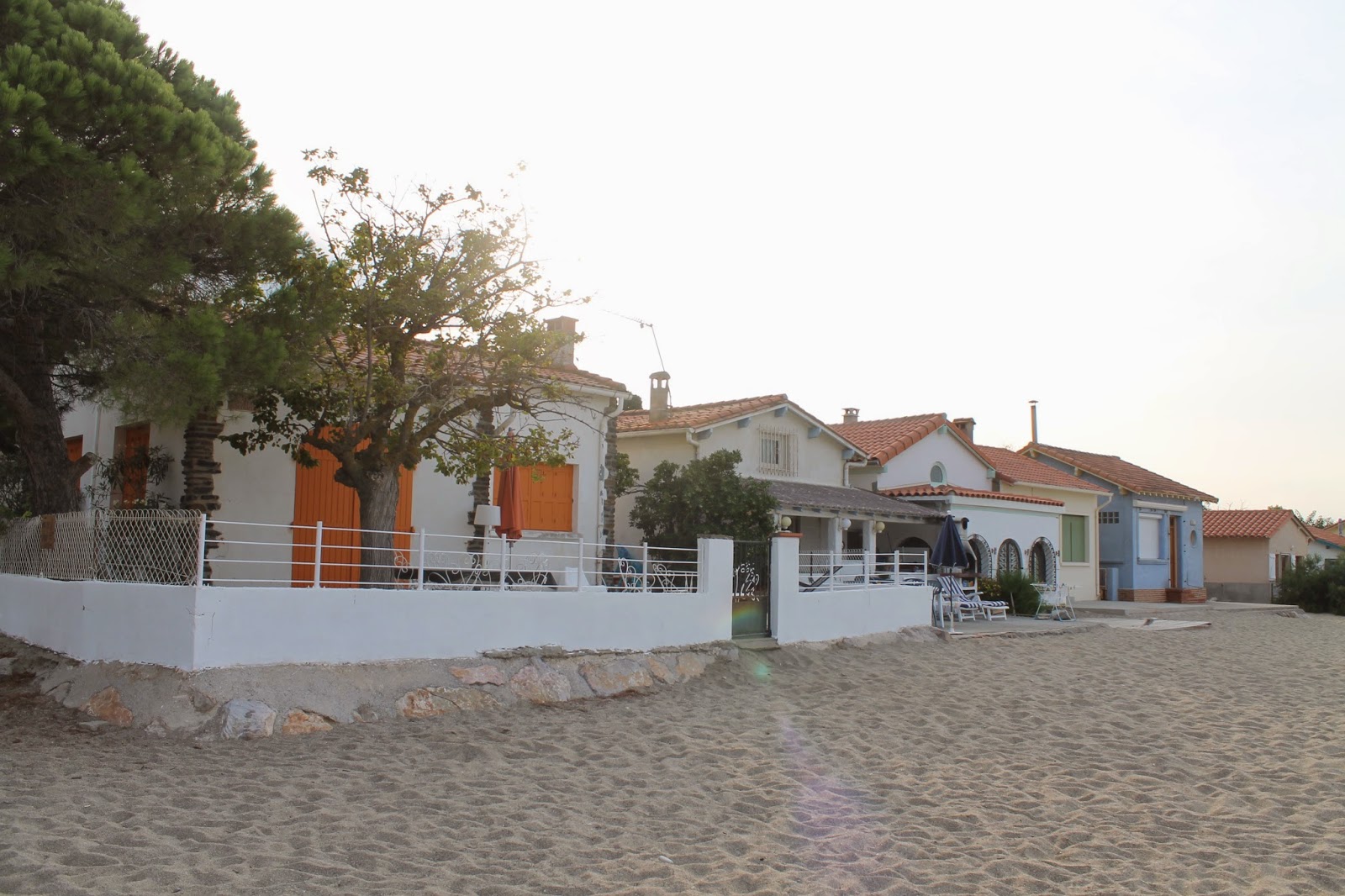 I was in two minds about writing this as it feels like I'm sharing a secret. However, I'll tell you about one of my favourite places in Roussillon, the far corner of Mediterranean France where we spend our summer holidays. Le Racou is a small, unshowy beach resort just south of Argelès before the coastline becomes more rugged and continues through Collioure and Banyuls before it reaches Spain.

Argelès is a large sprawling place catering to mass tourism, but particularly well know for its campsites (previously used by refugees from the Spanish Civil War, but rather more luxurious now). It has a long, straight, wide beach and popular with families. There is an old town further inland, but the coastal resort Argelès Plage grew with the advent of the railways, and, if you scratch the surface and look away from the crowds swarming around the shops, bars and restaurants, there are several elegant streets of fin de siècle villas. All along the seafront are beautifully maintained gardens overlooked by some of the town's finest buildings. To those early holidaymakers stepping off the train from cool northern France, this must have felt like heaven. 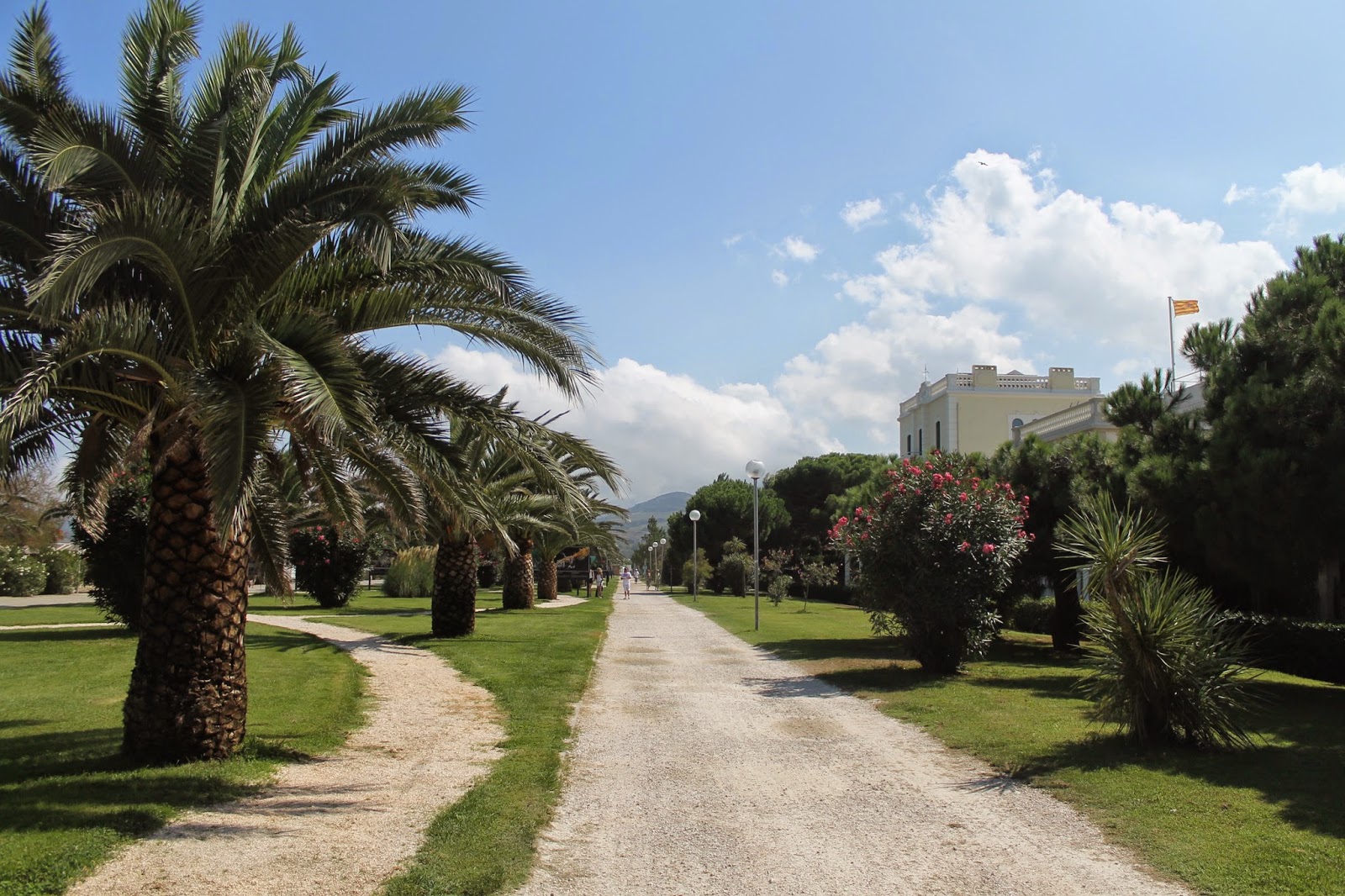 In contrast, Le Racou feels intimate and tucked away, fringed by pine woods and nestling against a dramatically rocky promontory that marks the beginning of the Côte Vermeille. Le Racou is at the end of a sweep of straight coastline that runs pretty much all the way from the Rhône delta and the Camargue. Unlike the beaches further north, the sand is less fine and gives your feet quite a tingling workout, but it doesn't matter as you'd have been charmed by then. 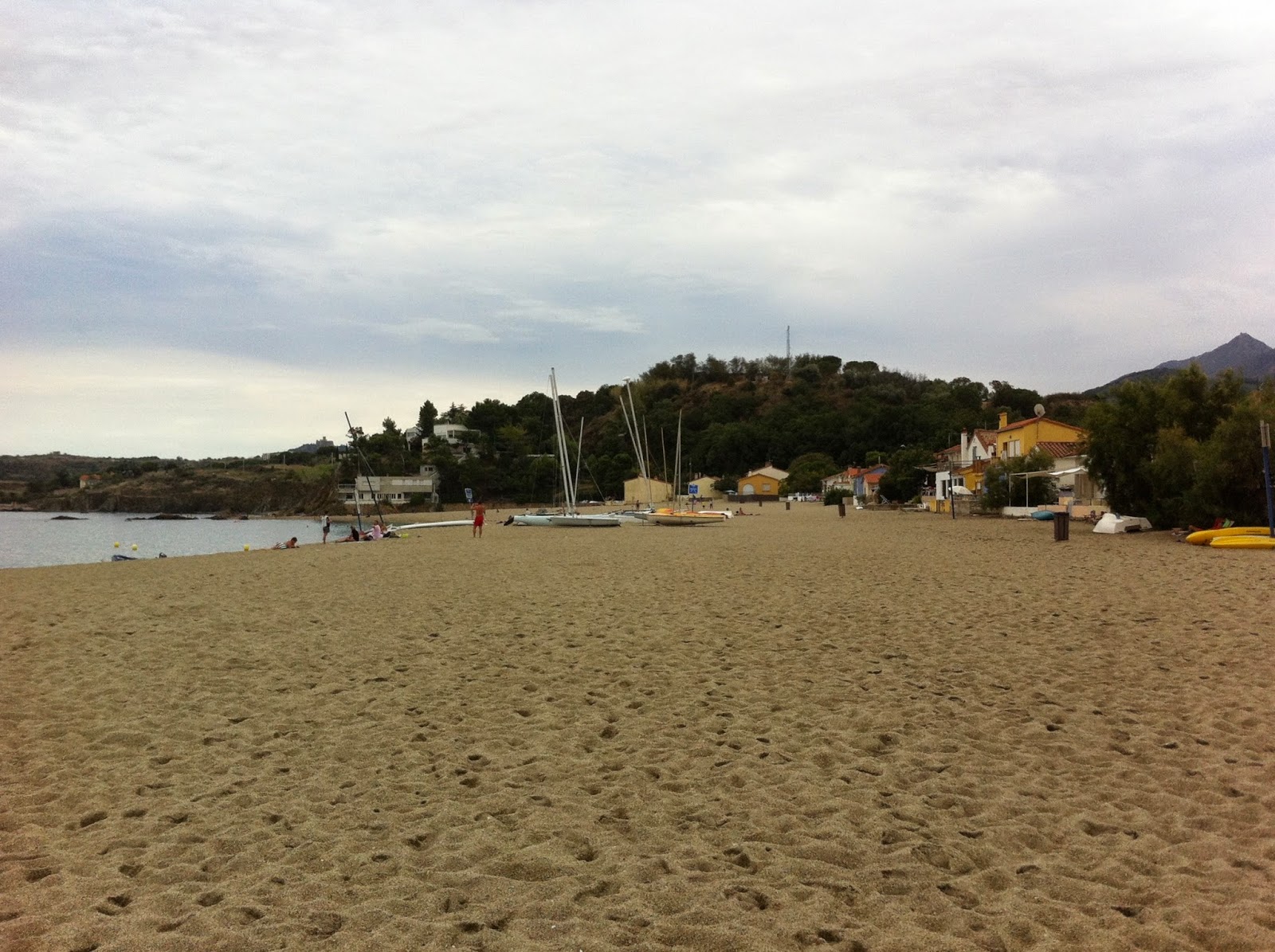 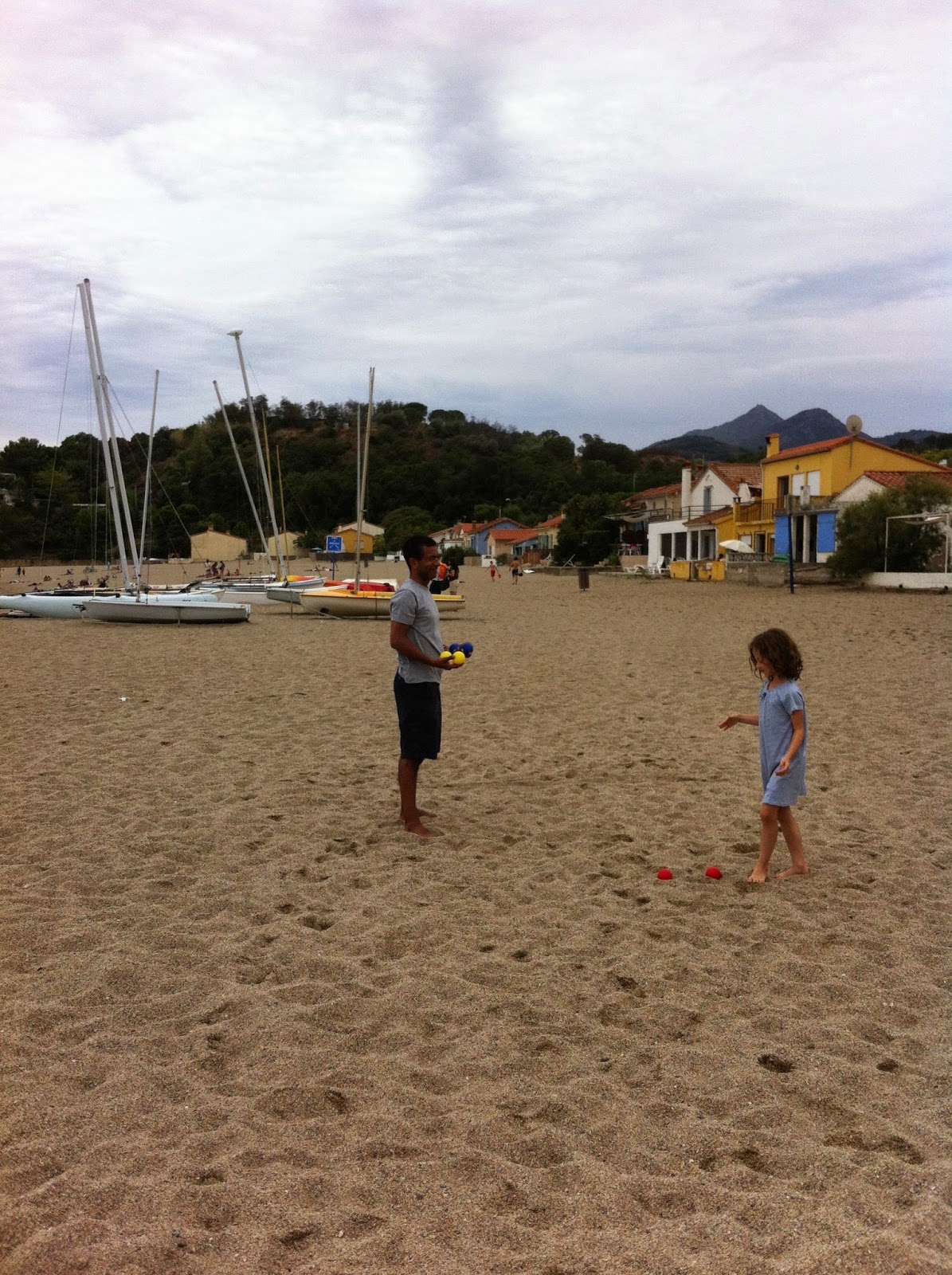 Many of Le Racou's beach huts were built to temporarily house Spanish exiles during the 1930s, but now make desirable holiday accommodation. Just the one paved road accesses the village, otherwise there is a network of sandy tracks. A few old fashioned bucket and spade shops punctuate the main road, along with a boulangerie, a smattering of bars and restaurants and a couple of hotels. There are a few newer developments tastefully screened by the pines, but they don't spoil the laid back, uncommercial atmosphere. 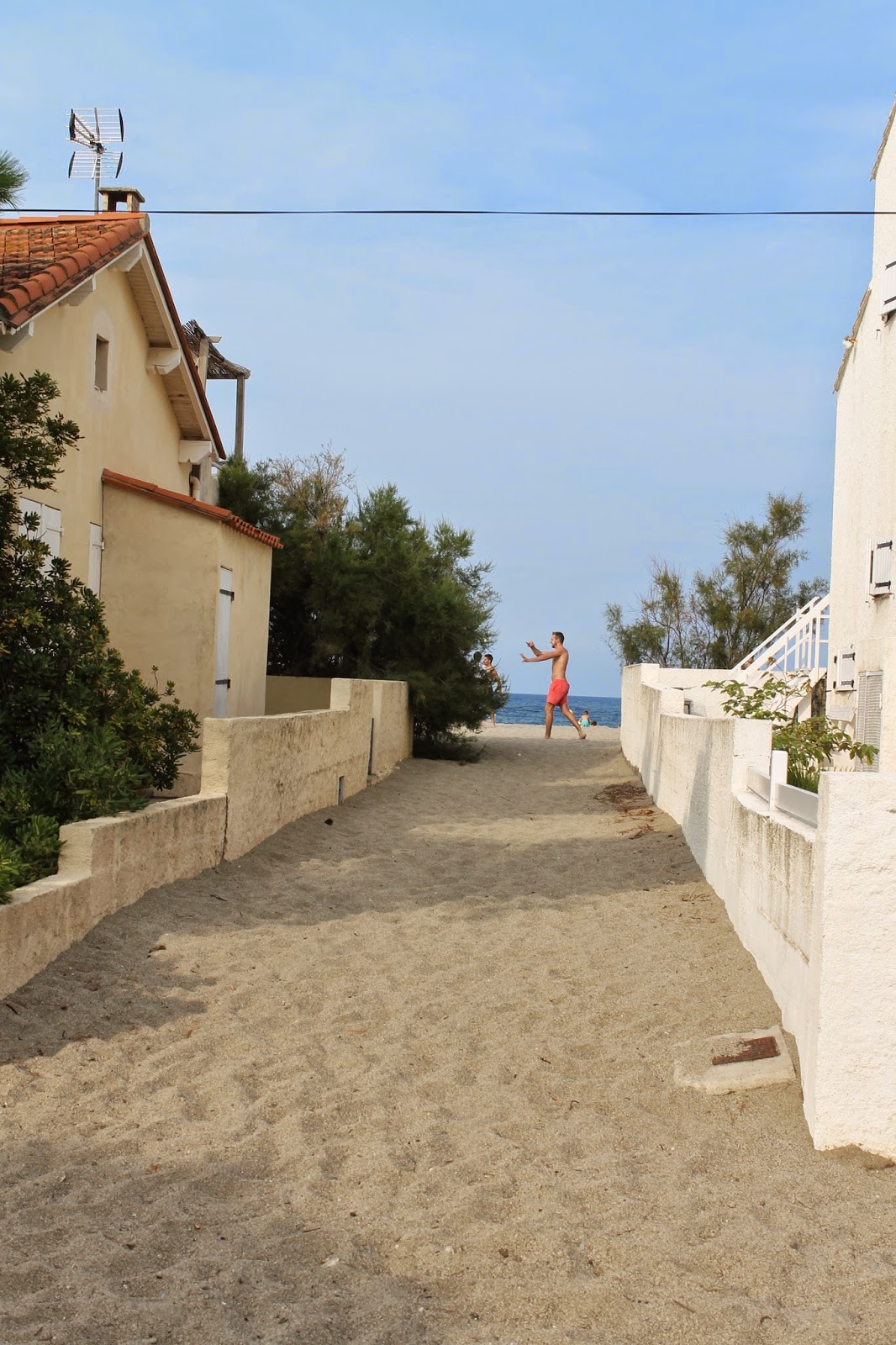 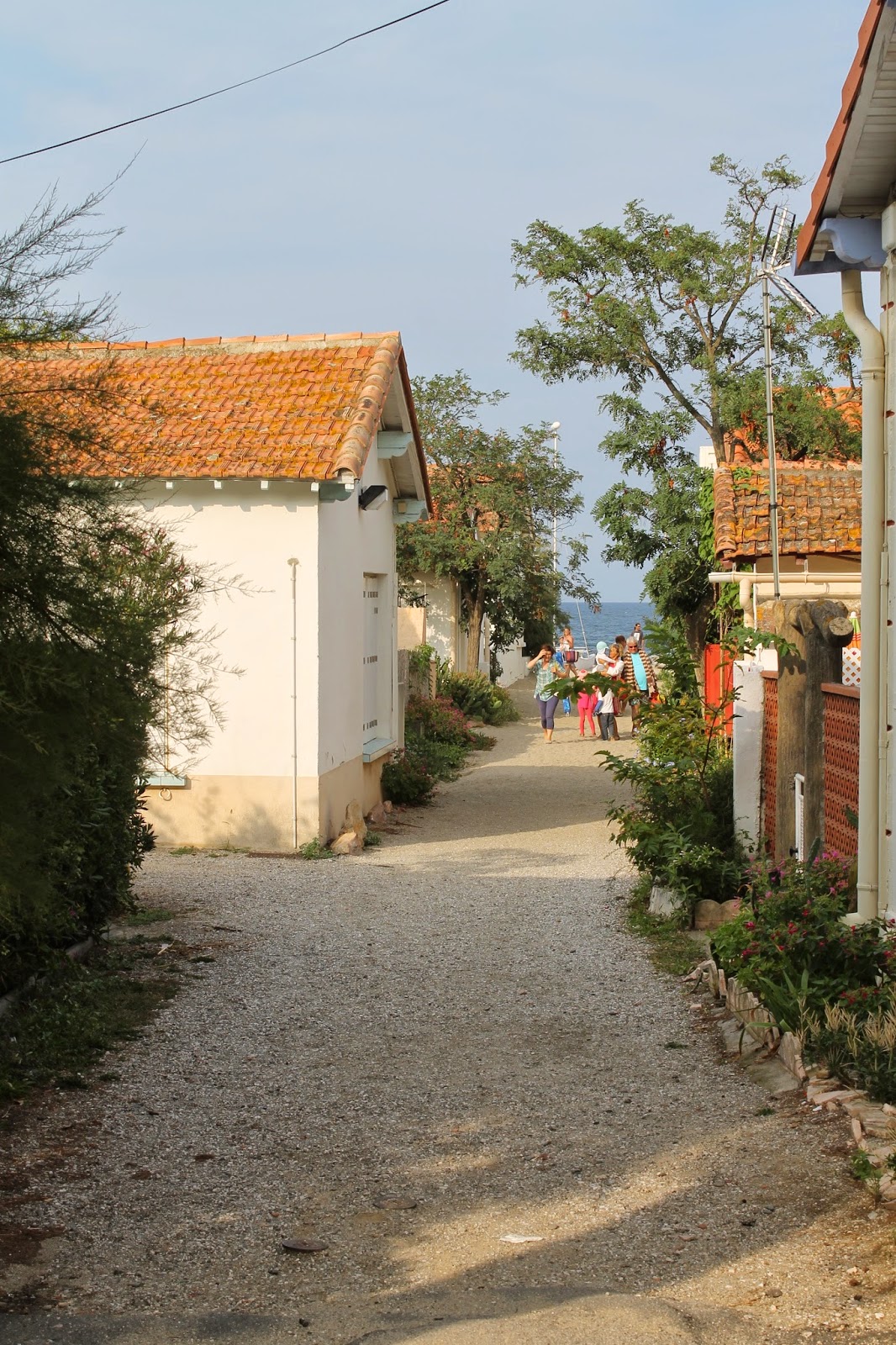 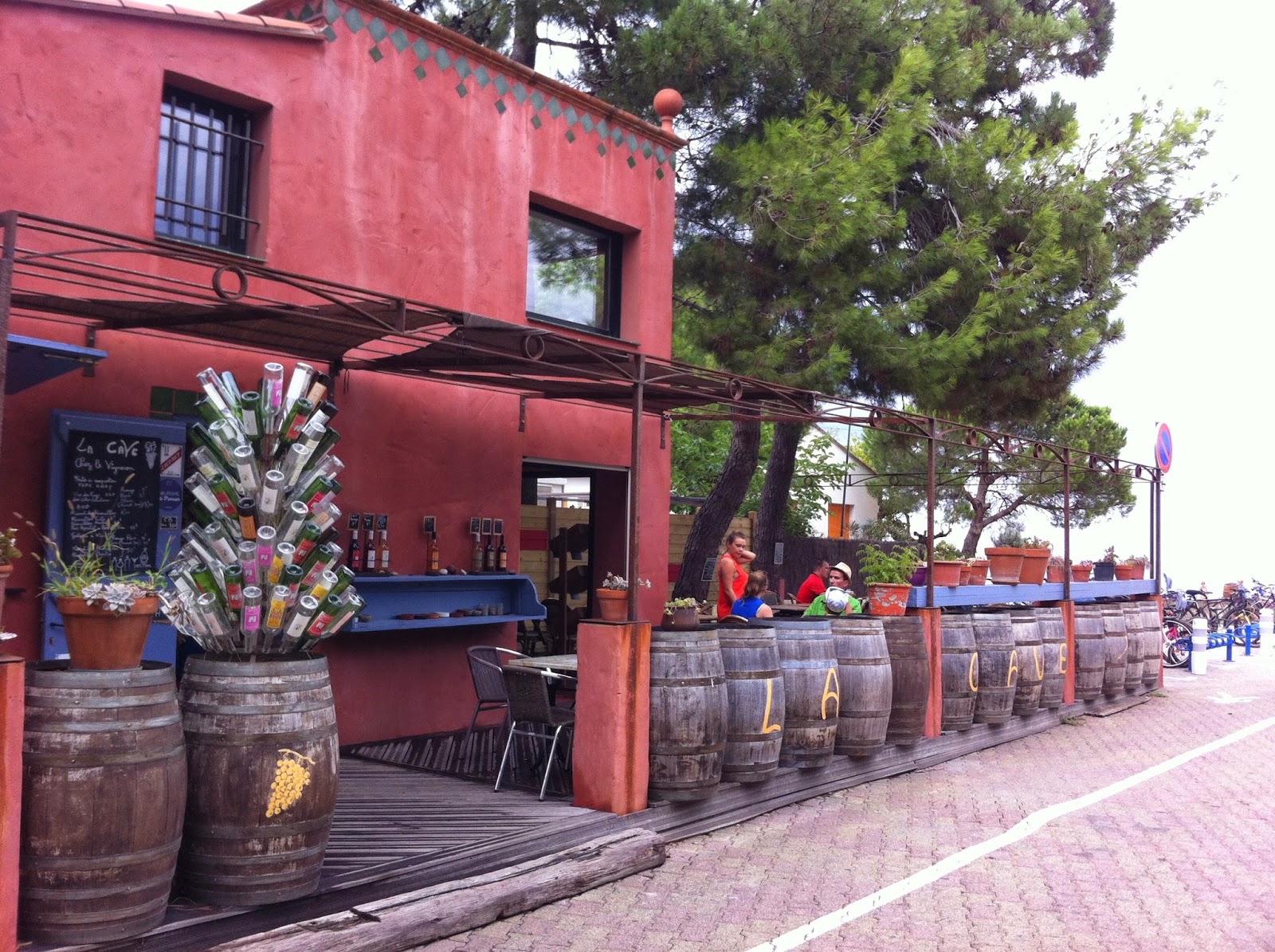 Apparently previous communities have wanted to make Le Racou independent and, with its chilled out, alternative vibe, you can see why. It's great that it's managed to retain such a bohemian outlook. It reminds me of Le Canon on Cap Ferret on the Atlantic coast with its oyster huts, and Gruisson further up the coast near Narbonne with its fisherman's shacks on stilts (where the movie Betty Blue was filmed) – distinctive, relaxed places with an easy nonchalance. Just what holidays should be all about. 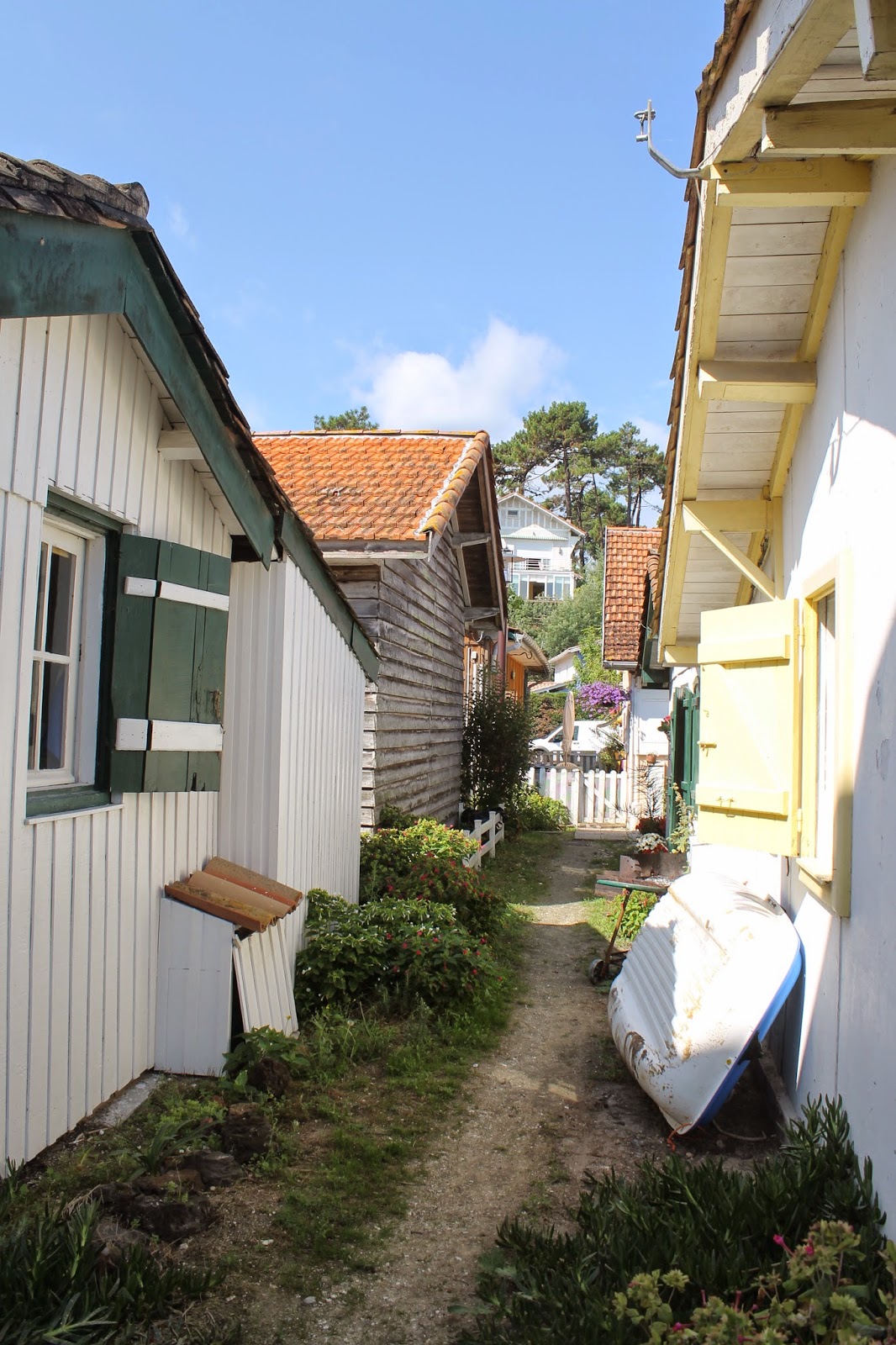 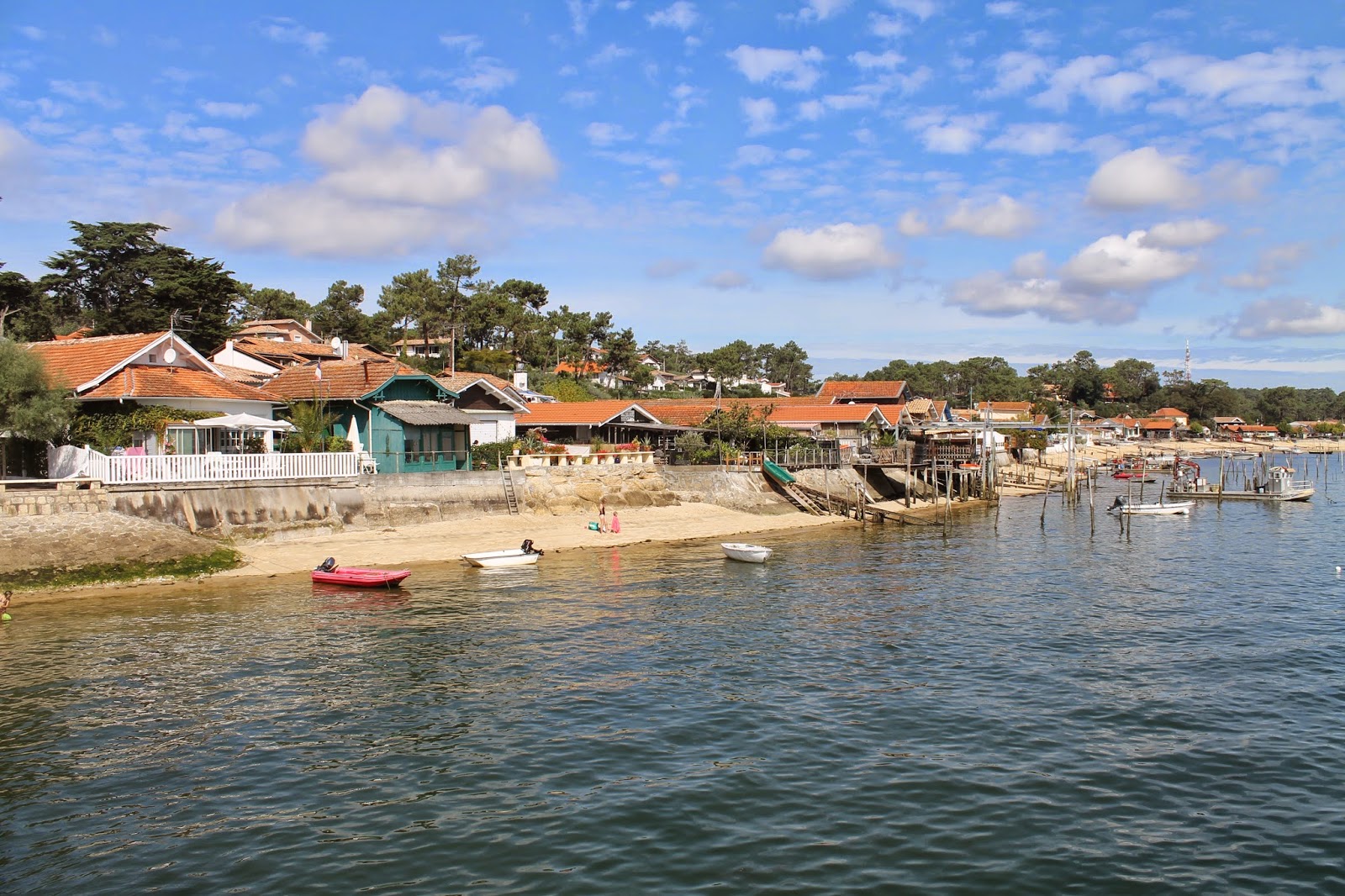 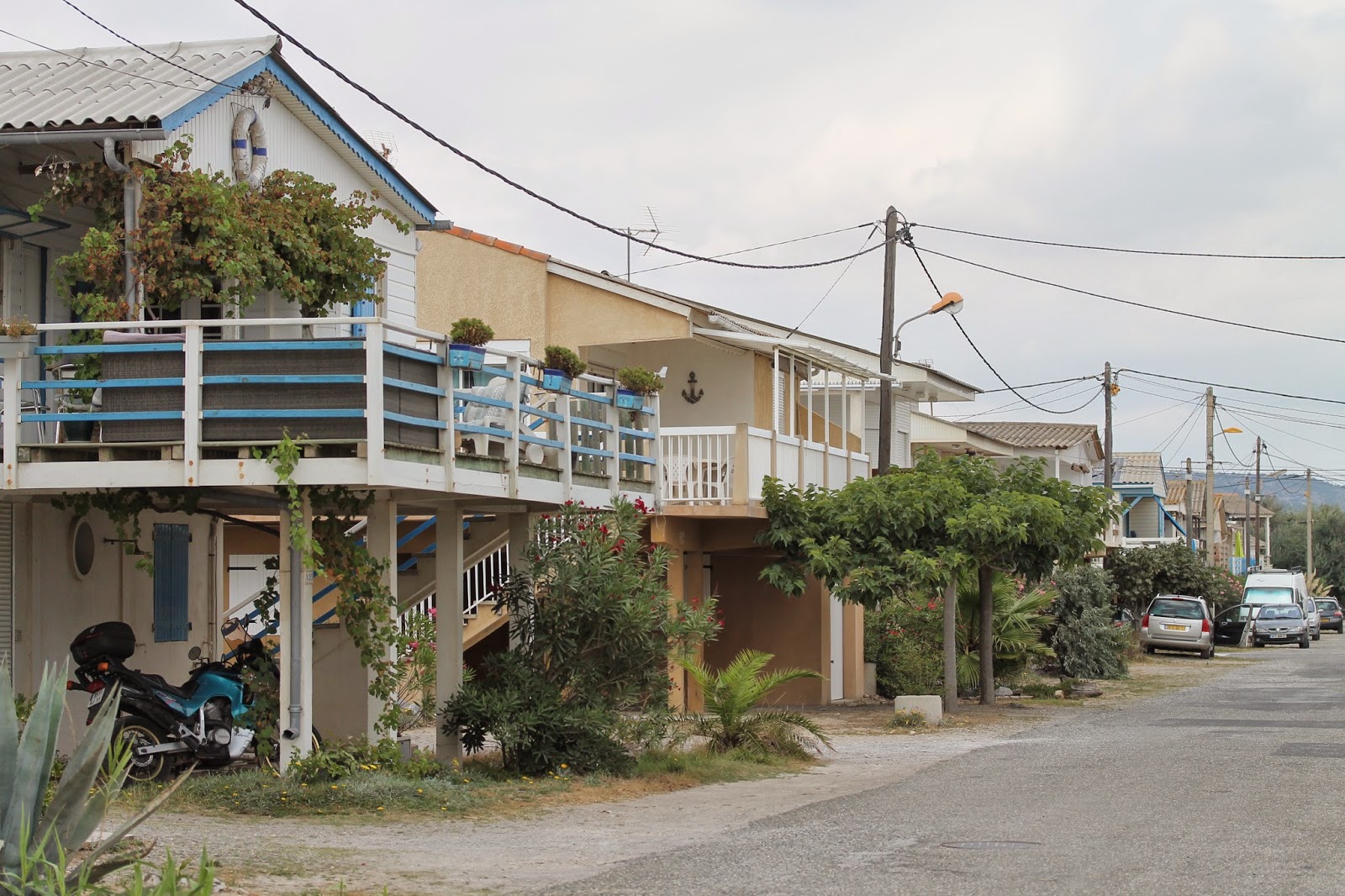 Gruissan
Posted by Lucy Bridgers at 09:45