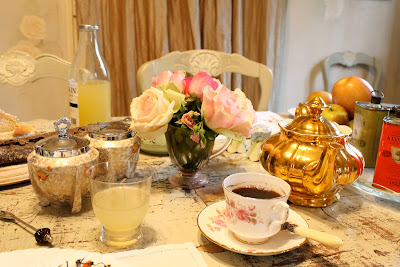 Back in the summer we had a short break in Suffolk, but a couple of weeks ago we ventured southeast to Kent for an indulgent weekend away. We had a Saturday night reservation at Michelin-starred The Sportsman in Seasalter and had arranged to stay at The Linen Shed boutique bed and breakfast in Boughton-under-Blean on the old A2 between Faversham and Canterbury, inland from Whitstable.

As we weren't sure of our arrival time on the Friday night, our hosts at The Linen Shed, Vickie Miles and Graham Hassan, suggested The Queen's Head pub in the village, Shepherd Neame Food Pub of the Year. This part of Kent is very much 'The Garden of England', an area that bristles with pride for local ingredients, and the pub even uses produce from its own farm. My home-made burger and chips with the chef's ketchup were tasty and comforting, but husband Nathan had one of the specials, braised veal which was meltingly unctuous. Our bottle of Fontodi Chianti Classico 2008 hit the spot with both dishes. 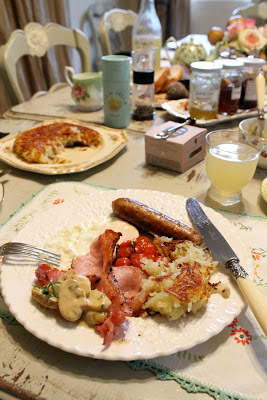 After our first night in The French Room (with emperor-sized bed and adjoining shower room), Saturday began with Vickie's spectacular breakfast. After tea and granola bites in the lounge, we were treated to a full English in the glamorous shabby chic dining room. Vickie, who's professional background includes being a private chef, cooks everything to order, and our spread included a wonderfully crisp rosti potato and creamed mushrooms, as well as excellent local bacon and sausages and single varietal apple juice. Classy condiments included truffle salt and flavoured olive oils. 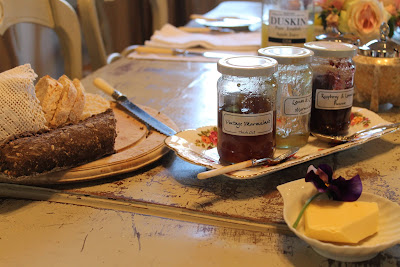 After breakfast we headed into nearby Faversham to nose around antique and junk shops and admire the handsome, medieval high street. We got back in the car and drove along the coast to Whitstable where we stopped for tea and cake and a browse through the papers in a cosy café – perfect for a cold, dreary afternoon. We'd deliberately skipped lunch as we were saving ourselves for dinner. 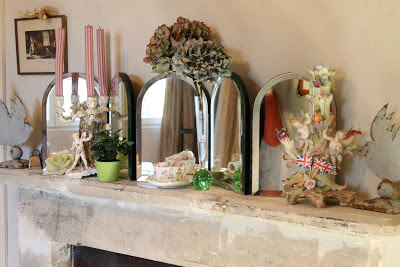 We returned to The Linen Shed to relax for a while and freshen up before enjoying an early evening drink with our hosts and the other couple who were staying there. Vickie's delicious nibbles included little biscuits topped with mature cheddar and pear mostarda. We then headed out for the evening to The Sportsman, a 15 minute taxi ride away. We had an amazing meal which I've written about here. 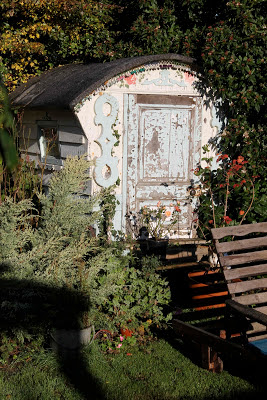 The next morning we aimed for a lighter breakfast – pancakes with bacon and maple syrup for me, but Nathan couldn't resist the full English again. In fine weather breakfast can be served on the terrace, overlooking the old gypsy caravan in the garden. We'd managed to secure a booking at Wheeler's in Whitstable for lunch, so, having packed our bags, we departed in bright sunshine. (I've written more about this here.) 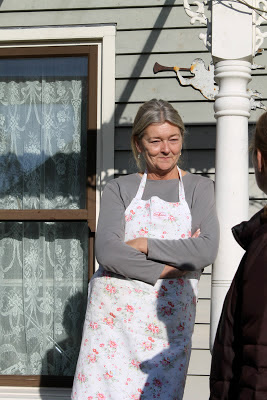 Less than a couple of hours from north London, this part of Kent is ideal for a relaxing weekend break. Apart from some cottage rentals and the Hotel Continental in Whitstable with its converted fisherman's huts, there isn't much accommodation available, so the three guest rooms at The Linen Shed get booked up well in advance. And while you're in the area, don't forget to check out Macknade Fine Foods the 'Fortnum's of Faversham' – a farm shop that sells an eye-popping array of goodies from around the world, as well as local seasonal specialities. It's difficult not to go mad in there – we drove back to London with plenty of Christmas goodies.