Krug lunch at Murano: the taste of luxury 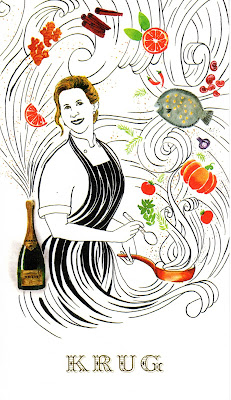 I've always enjoyed Krug most with food. I recall my first ever mouthful and being struck by its rich, savoury, multifaceted character. It makes demands on you – and I like that in a wine. And, yes, this is most definitely wine, rather than mere fizz, and a wine that demands your attention. The non-vintage Grande Cuvée blend includes several dozen wines from 10 different vintages, some of which might be as mature as 15 years old. After the second fermentation, the wine is aged for six years in bottle 'sur pointes' (upended), so, in total, the Grande Cuvée takes about a decade to make. The vintage wines are also magnificent, but need plenty of time to age. (At home we have a bottle of the 1990 vintage received as a wedding present seven years ago.) Krug's use of wines that have been aged in small oak barrels characterises the house style – something which can polarise consumers, but gives the Champagne more structure, an additional level of flavour and boosts its affinity with food. 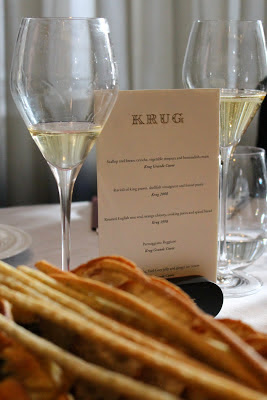 Last week I had the great fortune to be invited to lunch at Murano restaurant where Angela Hartnett and her head sommelier Marc-Andréa Lévy have devised a menu to accompany Krug Champagne. We began with amuse bouches and the Grande Cuvée: Parmesan tuiles, Puglian olives, vegetable crisps, gougères, arancini with truffle cream, San Daniele ham, salami and a generous bread basket. This selection alone would have been ideal for lunch! The umami-rich ham worked brilliantly with the tangy, savoury, yet refreshing Grand Cuvée, but what really stood out was the the arancini and truffle cream – sheer bliss and an inspired partner for the wine. 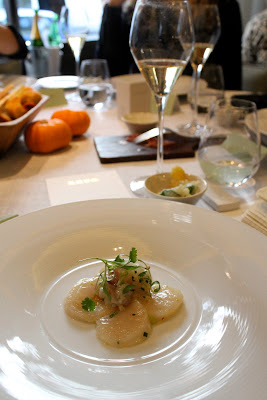 Our first course was scallop with sea bream ceviche with vegetable tempura and horseradish cream served in a separate little bowl. The tempura included an orange segment that was a revelation with the wine – the combination of fresh citrus and crisp batter was perfect. The slightly zesty ceviche, creamy textured and well seasoned with crunchy salt sat neatly alongside the Grande Cuvée. 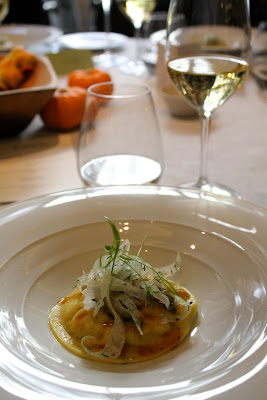 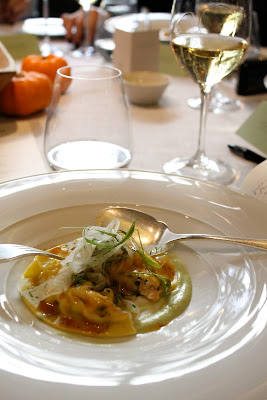 Next came ravioli of king prawn, shellfish vinaigrette and fennel purée with Krug 2000: opulent, toasty and notably savoury. Whereas the first course was quite clean and pure, this second course rose decadently to the occasion. The fennel was served in raw shavings as well as the purée – an aromatic counter-balance to the sweet richness of the king prawn. It was interesting how the dish had an enlivening effect on the wine, making it taste more youthful and bright. 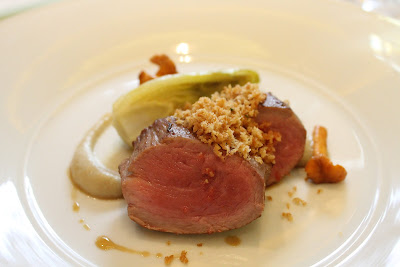 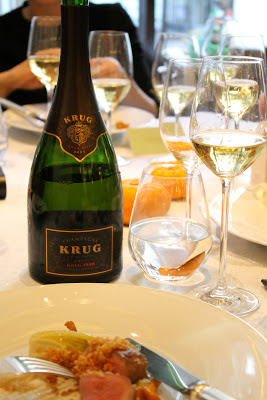 Our main course of roasted English rose veal, orange chicory, cooking juices and spiced bread was served with Krug 1998 which was a deep golden colour, vinous, savoury, long and complex. The nose in particular hinted at exotic wintery spice. The combination was really special: the orange infused chicory and toasted breadcrumbs chimed perfectly with the wine and Krug just loves juicy red meat. 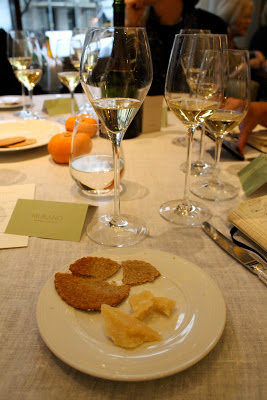 The cheese course was simply served chunks of Parmesan which, like the proscuitto, being so tasty and rich in umami makes a great partner to complex Champagne. Although it was good with the 1998, it was better still with the fresher tasting Grande Cuvée – this would make a totally luxurious little snack! 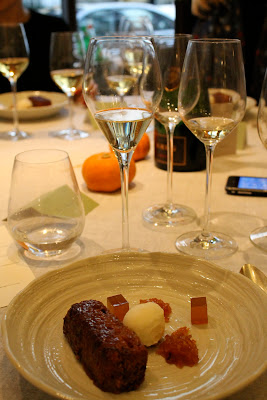 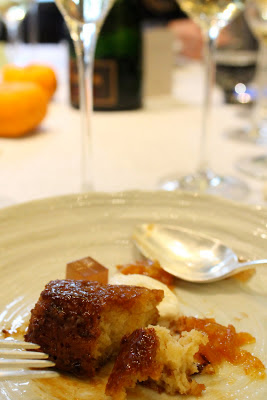 Unusually, dessert also turned out to be excellent with the wine. The French have a tendency of serving dry Champagnes with desserts and it generally doesn't work. However, Angela Hartnett's ginger pain perdu, Earl Grey jelly and ginger ice cream was a revelation with these wines (helped by not being too sweet). The rich exotic flavours of ginger and the pain perdu's crunchy caramelised crust worked especially well with the Krug 1998, highlighted by the aromatic bergamot note. Inspired stuff. 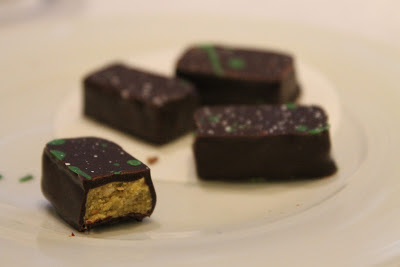 Finally, coffee was served with these chic and absolutely delicious salted pistachio chocolates. A lovely detail to conclude a quite remarkable meal. 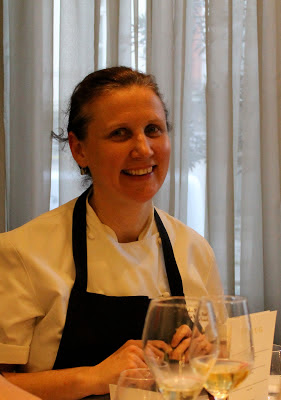 Murano is offering this menu at £250 per head and more seasonal menus for Krug will follow. The restaurant is also hosting a winemaker dinner with Oliver Krug on November 28th at £175 per head.

Krug is also offering a 'unique dining experience' at a pop up described as the Krug Institute of Happiness from 5th to 8th December at 28 Swain's Lane, overlooking Highgate Cemetery. Nuno Mendes of Viajante is creating a four-course 'happiness themed' menu at £220 per head, part of an all-round endorphin-releasing experience. Further details can be found on the website.

I attended the lunch as a guest of Krug and Murano.