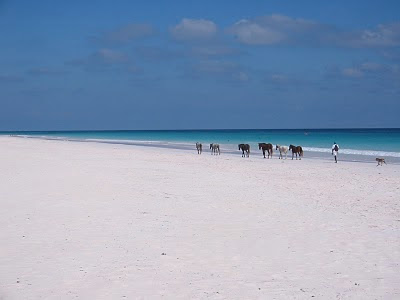 We've just been celebrating our fifth wedding anniversary and, while practically freezing here in London, it's provided an opportunity to bask in the memory of our honeymoon, partially spent on tiny, exquisite Harbour Island. 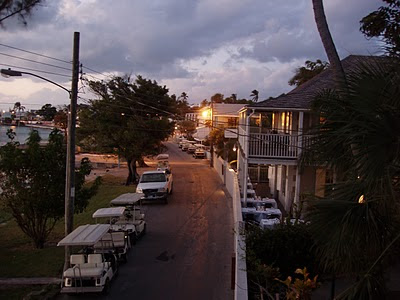 Located in the Bahamas' remote Out Islands (the furthest away from Nassau), Harbour Island (or Briland as it's called locally) has a great sense of history and was the original capital and one of the first Bahamian islands to be colonised. Many of the buildings are more than 200 years old and our hotel, The Landing, was no exception, housed in buildings dating back to 1820. For us, the inaccessibility was part of the appeal; we flew from Miami to Harbour Island's neighbour North Eleuthera and took a small boat across the water to Dunmore Town. 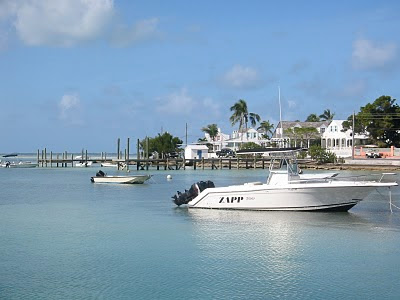 Consequently, Harbour Island is not exactly overrun with tourists, tending to attract a restricted number of loyal, regular visitors who come to dive or to simply unwind. There is a handful of small hotels and the larger Pink Sands resort hotel. While we were there the marina was expanding, but the island has a number of high profile residents who I'm sure would block any major developments that would compromise the island's bijou charms or spoil the magnificent, almost luminescent beach that runs the full length of the island. Harbour island is so tiny – half a mile wide and three miles long – that one of the best ways of getting around is by golf buggy. 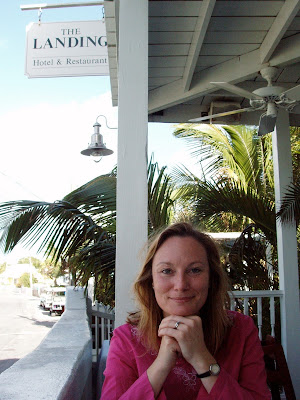 We spent an idyllic week at the plantation-style Landing hotel that had just seven rooms during our stay, but has expanded into another historic building, offering another five rooms and a cottage. Owners Tracy Barry and Toby Tyler put the emphasis on spacious, elegant comfort, rather than the predictable so-called luxuries found in bland chain hotels such as phones, mini-bars, tv's etc. Ralph Lauren model, India Hicks had a helping hand in designing the hotel and lives on the island. Her Island Living range of toiletries for Crabtree & Evelyn is inspired by Harbour Island. 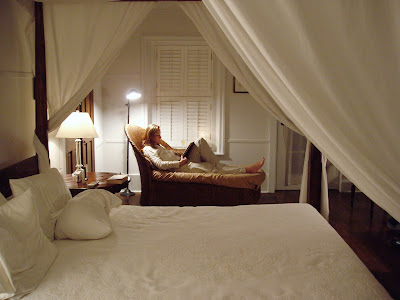 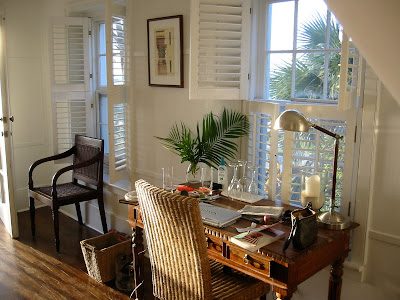 The Landing also boasts one of the best restaurants, not to mention wine cellars, in the Caribbean. Ken Gomes, their long-standing chef, creates well-judged dishes well suited to the hot climate, drawing strongly on his Asian-Australian background. Previously, in Sydney, he worked closely with Bill Granger and breakfasts at The Landing are a particular speciality. Fish and seafood are also extremely good. Toby Tyler's lovingly selected wine collection, stored in an underground cellar – well worth visiting if you get the chance; some seriously good rums and cocktails can be enjoyed in the buzzy hotel bar. The Landing now also has a swimming pool in the lush garden, something Toby was only able to describe to us on our visit. 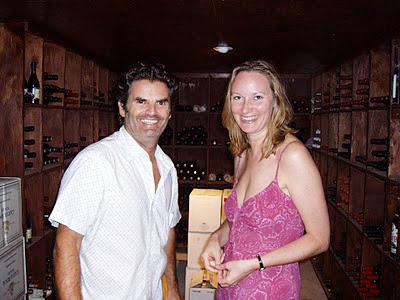 Harbour Island isn't just for fine-dining high rollers. There are several more modest options for visitors including Queen Conch for tasty spicy conch salad and beer (below). Arthur's Bakery is a good lunch or breakfast spot in the heart of Dunmore Town, on your way to the beach. 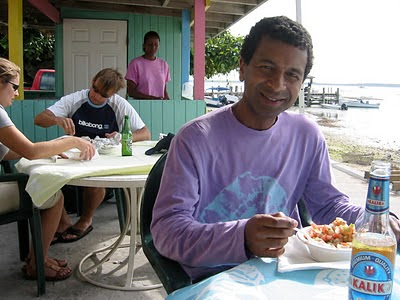 The Rock House is also recommended for dinner, but much more glitzy and Miami-like. This boutique hotel even has swanky cabañas around the pool. It has quite a different vibe to The Landing with its understated New England style.

Staying on Harbour Island comes at quite an expense, but for a special holiday (especially a honeymoon) in a relaxing, characterful setting, it takes some beating. We will never forget it – and yearn to return, daughter in tow. 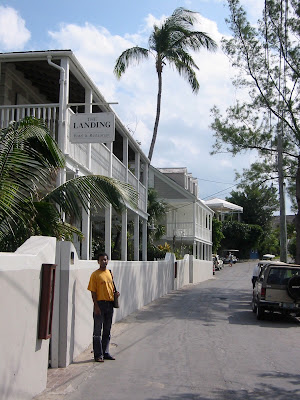 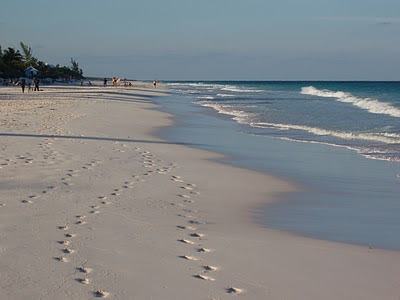